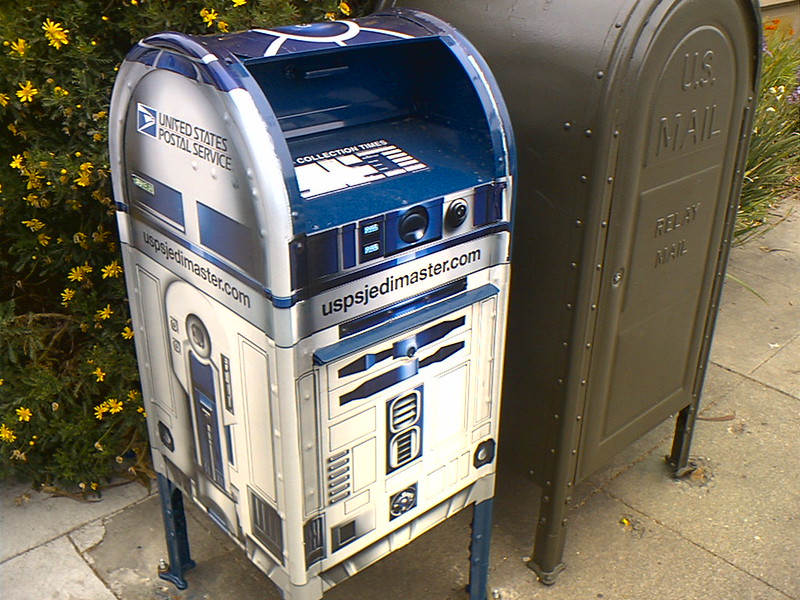 SPECIAL HEARING ON HOGAN AIDE PAYOUT: A special joint legislative hearing is being called to examine how and why Gov. Larry Hogan’s top aide received a six-figure severance package when he left a quasi-state agency to take a key position in the Hogan administration, the state’s presiding officers announced Friday, Ovetta Wiggins reports in the Post.

6-FIGURE PAYOUT DEFENDED: Gov. Larry Hogan’s new chief of staff and the Maryland Environmental Service are for the first time publicly defending the six-figure payout he received when he left the independent state agency, after he and agency officials had refused since Wednesday to comment on the severance, Pamela Wood of the Sun reports.

TURMOIL AT THE POSTAL SERVICE: Emily Opilo and Sameer Rao of the Sun report that more signs of turmoil at the U.S. Postal Service emerged in Maryland this weekend after at least one of the service’s iconic blue mailboxes was removed from a Baltimore street corner.

ADVOCATES URGE STICKING WITH VOTE-BY-MAIL: Vote-by-mail advocates argue the downside of being locked into a particular voting path is worth the reduced health risk afforded by avoiding Maryland’s 360 in-person voting centers. But they acknowledge voters need to be aware of the consequences of choosing to request an absentee ballot.

QUESTIONS ABOUT NOVEMBER VOTE: State leaders are encouraging as many people as possible to stay home on Election Day and instead vote-by-mail. Sun staff answer some reader questions about the process for November.

COLUMN: HOGAN ALIGNS HIMSELF WITH TRUMP: Frank DeFilippo of Maryland Matters takes a walk down memory lane recalling how elections used to be run in Baltimore City, replete with characters that we don’t hear much about anymore, but drawing a line between those political bosses and the ones currently in the State House and the White House.

YOUNG DEM PRES FOUND DEAD: The president of the Young Democrats of Maryland, Joseph Kitchen, was found dead Sunday afternoon after being reported missing for several days, according to Twitter posts from party accounts and his brother, McKenna Oxenden of the Sun reports.

GROUPS SEEK HARD-TO-REACH PEOPLE FOR CENSUS: While nearly 7 in 10 Maryland households have answered their census questionnaire for the once-in-a-decade tally, more than 800,000 have not. State planning officials say that the deadline move is frustrating but that census coordinators and community groups are finding creative ways to reach people as Sept. 30 approaches, Alison Knezevich of the Sun reports.

MD IS 18th STATE TO PASS 100,000 COVID CASES: Maryland on Sunday became the 18th state to surpass 100,000 cases of the coronavirus, according to statistics from the Centers for Disease Control and Prevention, Phil Davis of the Sun reports.

SOME SCHOOLS AID WITH CHILD CARE: As many students head back to school virtually, counties in Virginia and Maryland are helping parents navigate child care with special programs, Valerie Bonk reports for WTOP-FM. Howard County has announced a program offering students in kindergarten through fifth grade a full day program in 16 public schools with support for virtual learning assignments.

SHORE TOWN OKs ANTI-RACIST MURALS: The governing body of an Eastern Shore town where slaves were once sold in the public square has approved the installation of two anti-racist street murals in its downtown area, Jonathan Pitts of the Sun reports. The approval came a day before a divided council in nearby Talbot County voted not to remove a monument honoring Confederate soldiers.

OPINION: SHAMEFUL TRIBUTE TO LOST CAUSE: The editorial board for the Sun opines that while Talbot County bills itself as the “treasure” of the Eastern Shore, the town of Easton, which just approved keeping a statue honoring Confederate soldier has something else to call attention to itself: the most shameful tribute to the Lost Cause of the Confederacy that exists in a high-profile public space in the state of Maryland.

POTOMAC POLLUTION REDUCTION PROMISING: While trends are promising in the work to reduce pollutants along local sections of the Potomac River that threaten the health of the Chesapeake Bay, state regulators continue to be faced with issues such as getting nitrogen levels under control and increasing water temperatures, Dave McMillion of the Hagerstown Herald-Mail reports.

B’MORE DPW TWITTER ACCOUNT ‘COMPROMISED:’ After a provocative tweet critical of President Donald Trump was posted Saturday, the Baltimore Department of Public Works said its Twitter account was “compromised,” Alison Knezevich of the Sun reports. According to a screenshot circulating on social media, the Saturday afternoon tweet read, “Another day, another 18 holes. And that does not include hookers.” It included a photo of a TV news broadcast saying Trump was scheduled to hold a news conference from his Bedminster, N.J., golf club.