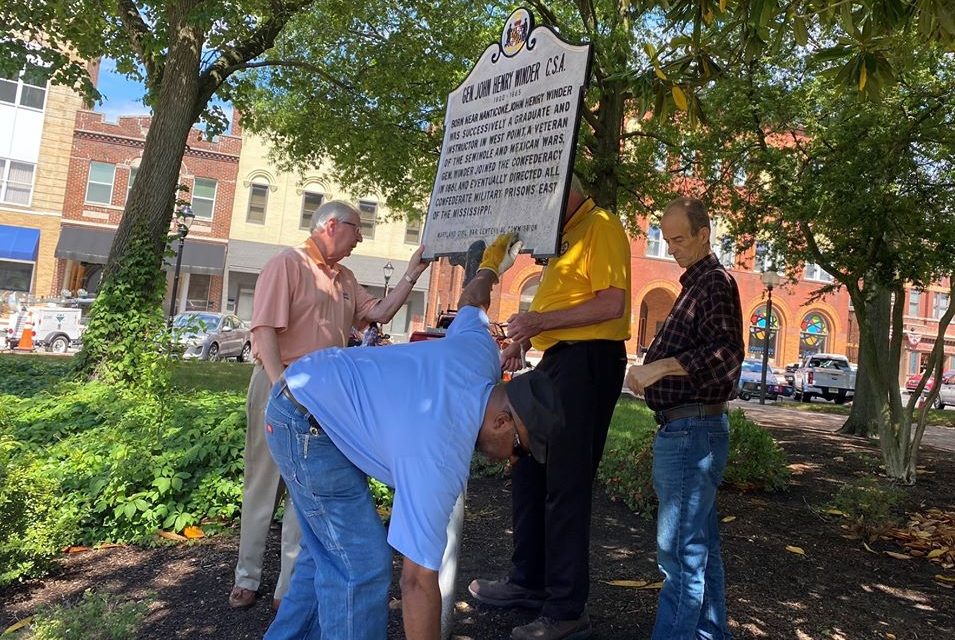 Last month, officials quietly removed a historical marker to Confederate Gen. John Winder from the lawn of the Wicomico County County Courthouse in Salisbury. County Executive Bob Culver, in plaid shirt, far right, who died of cancer Sunday, was one of them. Winder had no connection to the county. From Culver's Facebook page. 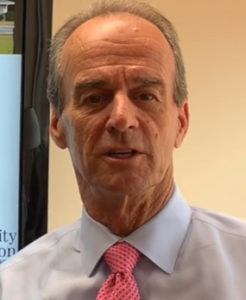 WICOMICO TAKES DOWN CONFEDERATE MARKER: One Friday afternoon last month, Wicomico County officials arrived in a van, took down a historical marker honoring a notorious confederate military leader and white supremacist, threw it in the back seat and drove away, writes Jonathan Pitts of the Sun. Wicomico County Executive Bob Culver, who died Sunday, was one of those officials.

DRUG CLINICS WRESTLE WITH SAFETY ISSUES: As the president’s Public Health Emergency declaration for the coronavirus was about to expire last week, a wave of anxiety came over drug treatment clinics in Maryland, Meredith Cohn of the Sun reports. Virus cases were again rising in the state, and clinics were depending on the federal order to continue taking unusual steps to keep workers and patients safe. Those include doing health exams and counseling online, and sending medications home with patients in bulk.

DECREASE IN DAILY COVID CASES: Maryland officials reported 694 new cases of the coronavirus Sunday and five more deaths, a significant decrease in newly reported cases after the state reported nearly 1,300 new cases Saturday, Phil Davis of the Sun reports. The decrease comes with a significant dip in daily tests, as the state reported 22,045 completed tests in the previous 24 hours, about 12,800 tests less than the record-setting 34,874 reported Saturday.

PG HEALTH DEPT. CRITICIZED FOR INTERNAL COVID RESPONSE: Rachel Chason of the Post reports that Prince George’s Health Department employees and union officials say that as the coronavirus rapidly spread in the county, the department charged with leading the response allowed its own staff to work in conditions that fostered an outbreak.

OPINION: COORDINATE RESPONSE: The editorial board of the Sun urges the county executives and the mayor of Baltimore city to coordinate efforts as they hope to renew restrictions on restaurants, bars and other venues that Gov. Hogan lifted in June. As coronavirus cases spiked in Maryland, health officers from those jurisdictions asked the state to renew restrictions. But the governor said he planned to “keep business open, and the economy, unless it’s absolutely necessary.”

STATE PUSHES TO MEET RENEWABLE ENERGY GOALS: It’s too early to tell if COVID-19 will delay the state’s renewable energy goals, despite sharp job reductions and slowdowns since March in some sectors, say industry observers. Stephen Berberich reports for the Daily Record that Mike Tidwell, director of the Chesapeake Climate Action Network, said, “We don’t envision anything more than a temporary slowdown because the jobs are really, really needed and the policies have been passed.”

PROTESTERS CRITICIZE BLM: Demonstrators gathered in front of Baltimore City Hall during a Rescue America rally organized by Walk Away campaign organizer Brandon Straka on Saturday. The protest, the first of its kind, criticized tactics of organizers in the Black Lives Matter movement, Phillip Jackson of the Sun reports.

PITTMAN BOOSTS EVICTION PROTECTION PROGRAM: Anne Arundel County Executive Steuart Pittman has bolstered the Eviction Prevention Program with another $1.5 million of the county’s federal relief funding, which provides renters below a certain income level with direct rent and utility assistance and legal counseling, Danielle Ohl and Olivia Sanchez of the Capital Gazette report. The expansion was announced Friday, one day before the federal moratorium on evictions is lifted.

OPINION: POLICE BILL OF RIGHTS ‘NONSENSE:’ In a column for Maryland Matters, the late professor Alonzo Smith wrote about the Law Enforcement Officers’ Bill of Rights, which he considered “nonsense” since the original Bill of Rights condemned and prohibited the abuses of power inflicted upon common folk by government and police are agents of the government.

99 QUESTIONS FOR REP. HARRIS: In a quixotic article for Maryland Matters, Bruce DePuyt lists 99 questions that he would ask U.S. Rep. Andy Harris, the only GOP member of Maryland’s congressional delegation, if only he would answer them. Harris has stood by the president every step of the way during his controversial tenure.