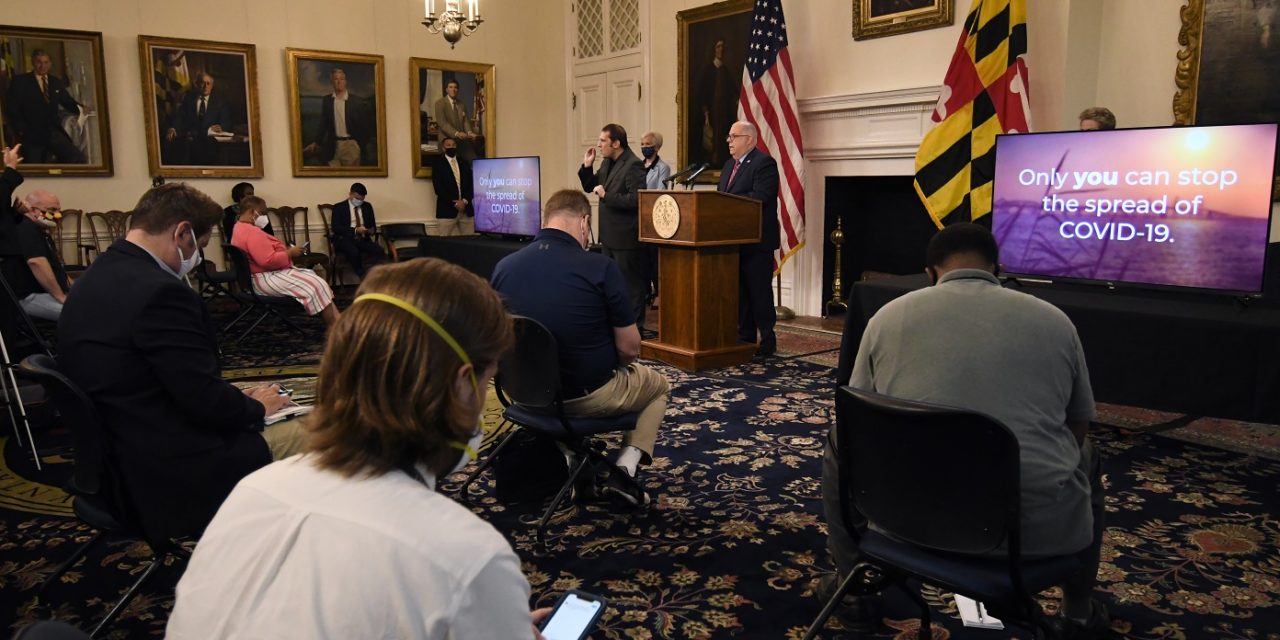 JURISDICTIONS GIVEN FLEXIBILITY ON REOPENING SCHOOLS: Maryland State Superintendent of Schools Karen Salmon said on Wednesday that local jurisdictions will be given flexibility in deciding how they wish to proceed for the upcoming school year, Bryan Renbaum reports in MarylandReporter.com.

SCHOOL REOPENING PLANS: McKenna Oxenden of the Sun updates how various jurisdictions will approach school reopening in the fall.

OPINION: SCIENCE SAYS TO REOPEN SCHOOLS: In a column for the Capital Gazette, Herb McMillan opines, “It fascinates me that (Anne Arundel) schools Superintendent George Arlotto has suggested it’s “unsafe” for students and teachers to return to classrooms in Anne Arundel County. The scientific data indicates otherwise. So does common sense.”

USM MANDATES MASKS: Still faced with the threat of the coronavirus, some Maryland universities are sticking with their decision to have a mix of in-person learning and online classes this fall. But now they are setting up additional mandatory guidelines, writes Elizabeth Shwe for Maryland Matters. All students must wear face masks on campuses in all of the University System of Maryland’s 12 institutions.

TEST RESULTS DELAY CAUSES PROBLEMS: Though “high priority” patients — such as those in the hospital or showing severe symptoms — qualify for expedited testing, much of the population must wait several days for their COVID-19 results, a timeframe that experts say does not help mitigate the spread of the virus. In Maryland, delays as long as five to seven days have become routine, which officials attribute to overwhelming demand at large, commercial labs, write Hallie Miller and Sanya Kamidi for the Sun.

HOGAN DEFENDS ELECTIONS PLAN: Gov. Larry Hogan on Wednesday sharply defended his plan to hold a traditional general election — with voting at about 1,600 polling places — during a pandemic, saying the goal is to offer Marylanders the flexibility to vote in person or by mail, Jeff Barker reports in the Sun.

ELECTIONS VOLUNTEERS WORRY ABOUT SAFETY: Democrats in particular are critical of Gov. Larry Hogan’s plan for in-person voting, with many questioning how it will be possible to safely staff hundreds of polling places during a pandemic in which people are still urged to stay home, Talia Richman of the Sun reports. The election judges who operate polling places tend to be older, making them at higher risk for devastating coronavirus complications.

PANEL SEEKS TO TRANSFORM JUSTICE SYSTEM: After completing their first six months of work, advocates from the People’s Commission to Decriminalize Maryland on Wednesday announced their intention to combat state and local laws that target marginalized populations. Their eyes are locked on generating policy that’s inclusive for every stakeholder in the criminal justice system, Hannah Gaskill of Maryland Matters reports.

DR. BIRX WARNS B’MORE, OTHERS ABOUT RISE IN COVID: Dr. Deborah Birx, a leader of the White House Coronavirus Task Force, warned state and local leaders in a private phone call Wednesday that 11 major cities – including Baltimore – are seeing increases in the percentage of tests coming back positive for COVID-19 and should take “aggressive” steps to mitigate their outbreaks, Liz Essley Whyte and Alex Ellerbeck report for the Center for Public Integrity.

B’MORE REVERSES DINING OPTION: Baltimore will halt indoor dining starting Friday evening and require all residents over 2 years old to wear masks in public places, after coronavirus cases doubled in the city in the past month, Jessica Iannetta of the Baltimore Business Journal reports.

PG JOBS SPARED WITH PPP: Jack Hogan of the Capital Gazette reports that more than 1,000 Bowie businesses received funding as part of the SBA’s Paycheck Protection Program, according to the U.S. Treasury Department. That data states those loans may have helped Bowie businesses retain over 9,000 jobs and 120,000 jobs in Prince George’s County. It’s a boost amid a pandemic that has infected over 21,000 and killed over 700 in Prince George’s County, according to the county’s COVID19 Dashboard. Nearly 1,300 have been infected in Bowie.