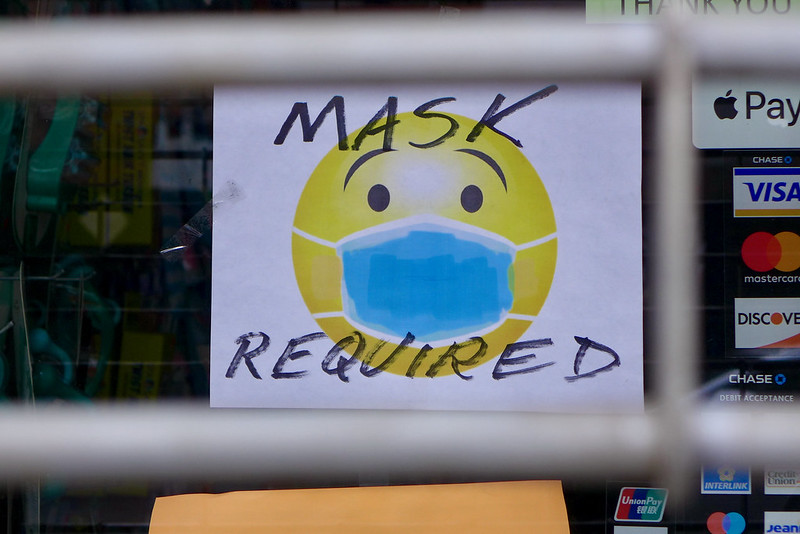 HOGAN HESITANT ON MORE RESTRICTIONS: Gov. Larry Hogan said Tuesday that it’s too soon to tighten restrictions on businesses even as health officers from Maryland’s five largest counties and Baltimore City are asking the state to consider renewed requirements on bars, restaurants and other establishments to curb the recent rise in coronavirus cases, Jeff Barker of the Sun reports.

COVID INFECTIONS CONTINUE TO RISE: For the third time in four days, the number of new cases over a 24-hour period exceeded 800, according to the Maryland Department of Health, Greg Swatek of the Frederick News-Post reports. The big increases Tuesday (860) and Sunday (925) represent the biggest spike in confirmed cases in nearly two months and pushed the overall total in Maryland close to 80,000 (79,545).

NY ADDS MD TO QUARANTINE ADVISORY: As Maryland’s tally of new confirmed cases of the coronavirus continued to climb Tuesday, New York added Maryland to its list of states under its quarantine travel advisory. Under the advisory, Marylanders must self-isolate for two weeks and get a coronavirus test if they are visiting New York, New Jersey or Connecticut, Nathan Ruiz of the Sun reports.

COST OF ELECTION? ABOUT $20M: The head of the Maryland State Board of Elections says it will take about $20 million to implement Gov. Larry Hogan’s plan for the November election and has asked the state’s budget secretary to approve the expense, Ovetta Wiggins of the Post reports.

SEN. CARTER: RENTERS CONCERNED ABOUT EVICTIONS: Sen. Jill Carter (D-Baltimore City) said some Marylanders have expressed concern that they might be evicted from their homes during the coronavirus pandemic even though there are restrictions to protect people from being kicked out of their homes, writes Bryan Renbaum for Maryland Reporter.

MOSBY DECLINES MOST QUESTIONS ON TRAVEL COMPANY: Baltimore State’s Attorney Marilyn Mosby has taken to social media to defend her out-of-town trips, calling coverage of them unfair, while declining to answer many questions about the travel company she incorporated last year, Mark Reutter of Baltimore Brew reports.

PG COUNCIL TABLES TAX PROPOSAL: The Prince George’s County Council on Tuesday unanimously tabled a measure that would have asked voters whether to allow the council to weaken the homestead tax credit, Rachel Chason of the Post reports. Residents vociferously objected to the proposed ballot measure, which could have caused property tax bills for homeowners to rise more quickly.

ARUNDEL TOP COP TO RETIRE AMID CHANGES: Anne Arundel County Police Chief Timothy Altomare announced his retirement in a surprise move Tuesday night, saying he was calling it quits because he won’t stand for efforts to remove the teeth from policing, a movement he believes will endanger the public and police, citing a spike in violent crime, Alex Mann reports in the Capital Gazette.

ARUNDEL TO CLARIFY USE-OF-FORCE POLICY: Changes are coming to one county police department’s use of force policies for chokeholds and neck restraints, writes Bryan Sears for the Daily Record. Anne Arundel County Executive Steuart Pittman said Tuesday that he expects to announce an updated policy clarifying police use of  force.

REMEMBERING JOHN LEWIS: In a column for Maryland Reporter, Sherman Howell of Howard County writes a remembrance of the late U.S. Rep. John Lewis from their early days marching for civil rights and participating in voter registration drives in the south.