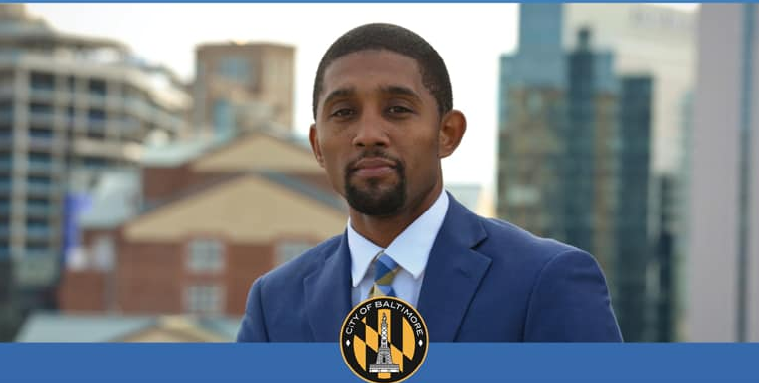 Baltimore City Council President Brandon Scott said if he is elected mayor of Baltimore he will take concerted action to address police misconduct.

MarylandReporter.com spoke with Scott prior to Tuesday evening when the Associated Press declared him the winner in the city’s Democratic mayoral primary. Scott, 36, defeated former Baltimore Mayor Shelia Dixon and more than 20 other Democrats. Dixon’s campaign has not responded to successive requests for interviews by MarylandReporter.com over the past month.

Scott’s victory in the primary means he is almost certain to become the next mayor of Baltimore as the city is overwhelmingly Democratic.

Since the May 25 Minneapolis police killing of 46-year-old George Floyd, mass protests against police misconduct have taken place in Baltimore cities throughout the nation. Scott has been a frequent presence at the Baltimore protests and is a vocal advocate of policing reforms.

“First and foremost I would go to Annapolis to make the changes that we’ve been trying to make. I would ramp up Baltimore’s commitment to its consent decree…These are the things we have to think about as we’re in a unique position,” Scott said.

“The changes that I want to make and I think that the city needs when you talk about policing and other things-are changes that are bigger than one mayoral administration. So, I could technically say to the police commissioner: ‘Do ABC-XYZ.’ But that only lasts for as long as I’m the mayor.”

Scott said recognition of the vast inequalities that exist in Baltimore is essential in order to unite the city.

“You have to do something that Baltimore has been afraid to do. One, we have to own up to all the truths of Baltimore: That we are a diverse city, but that we’re also a city that’s deeply segregated with one of the worst histories of inequality. And, that if we want to city succeed, then we’re going to all have to work together to try to do that. And you need some time that can communicate for all areas of the city…I’m going to make it my duty to try to force everyone to understand that we will either rise or fall as a city. We will not rise and fall as individual neighborhoods.”

Scott said that investing in local businesses will help create incentives for new businesses to move to the city.

“I think that most likely he will because I believe there is a new awakening of the electorate and I don’t think that they and we will tolerate anything less.”

Carter said one of Scott’s first major challenges will be how he chooses to address police misconduct.

“One of his first significant litmus tests will be whether or not he will use his power to, for lack of a better word, defund the police” and put those funds “to good use in city services that actually help people.”

Scott said he supports reallocating some of the police department’s funds into community service programs in order to address the root causes of crime.

Richard Vatz, a professor of political persuasion at Towson University, said Scott has the potential to be an effective mayor for Baltimore.

“Scott has youth, intelligence, integrity, knowledgeability and a bit too much of a liberal political reflex, but he has a choice: 1. he can be the attractive, popular mayor who does not want to shake anything up and will just oversee the continuing population-depletion, poverty, and killing fields of Baltimore, or 2., he can begin the long social critical transformation of incentivizing 2-parent families, disincentivizing the fatherless and single-parent homes that guarantee misery for the city. That misery envelops everything: homicides, destructive crime, a weak economy, graft, bad schools with their assault and battery, and all within a general depressed and frightened populace that cannot just relax.

“It is the classic choice of whether Mr. Scott wants to be someone or do something. He will come in with the heft of support and hope, and then he can ride that to personal exhilaration or get into the long-term business of transforming Baltimore into a thriving middle-class city. No, it cannot be done overnight, but as the old Chinese expression goes, ‘A journey of a thousand miles begins with a single step.'”