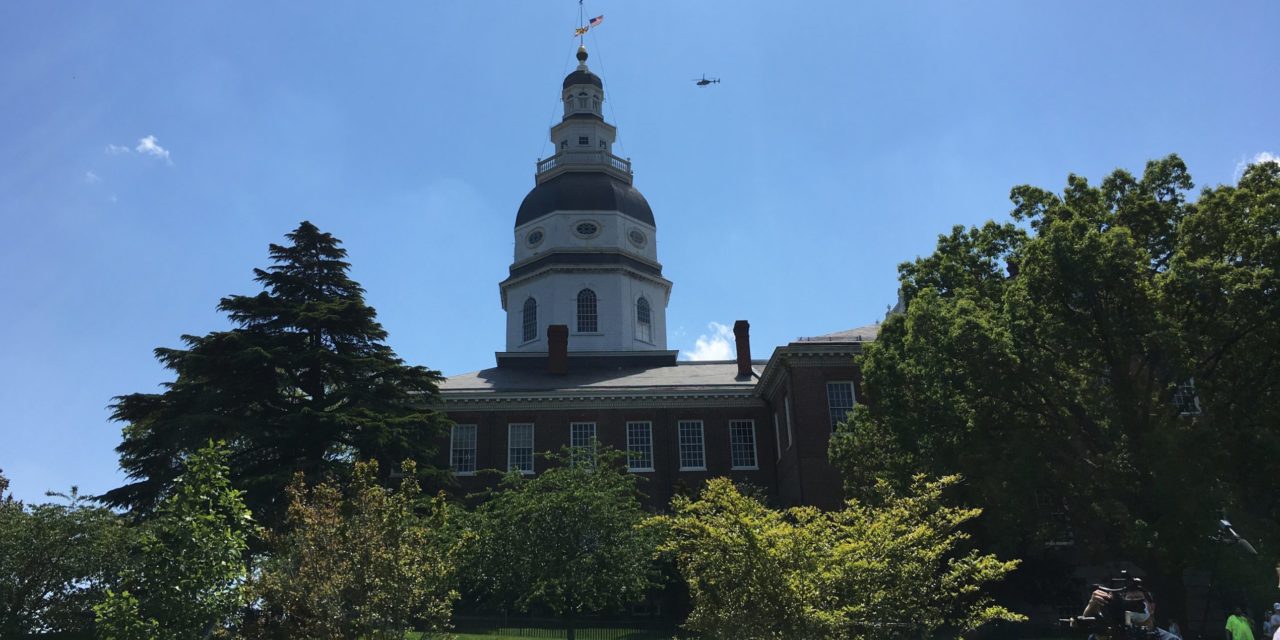 40 STUDENTS, STAFF TEST POSITIVE AT YOUTH FACILITY: About 40 students and staff members at Silver Oak Academy in Keymar have been diagnosed with the coronavirus, prompting the state’s Public Defender’s Office to ask that all children in the state’s juvenile justice system be tested for the disease, Mary Grace Keller reports for the Carroll County Times. Most patients are asymptomatic. The academy is a residential program that offers middle and high school classes and additional programming for at-risk and disadvantaged boys and young men.

BPW TO ADDRESS $121M IN SPENDING CUTS: The Board of Public Works is expected to take up nearly $121 million in proposed spending cuts in response to sharp declines in state revenues as a result of the COVID-19 pandemic, Bryan Sears reports in the Daily Record.

MD, VA, DC SUE EPA OVER BAY POLLUTION: Maryland, Virginia and the District of Columbia say they plan to sue the Environmental Protection Agency for failing to enforce a court-ordered agreement to dramatically lower pollution in the Chesapeake Bay, the nation’s largest estuary, Darryl Frears and Brady Dennis report in the Post.

958 NEW COVID-19 CASES IN A DAY: Maryland confirmed 958 new cases of the coronavirus Monday and 27 more people died due to complications from the illness since Sunday, bringing the state’s totals to 39,762 cases and 1,903 fatalities, Lillian Reed and Justin Fenton of the Sun report.

PHASE 1 OF REOPENING A WORK IN PROGRESS: The first phase of Gov. Larry Hogan’s plan to reopen businesses shuttered by restrictions aimed at preventing the spread of the coronavirus has proceeded with varying degrees of success, and confusion, according to business leaders interviewed Monday by Bryan Renbaum of MarylandReporter.

COLUMN: OCEAN CITY, MECCA OF BAD DECISIONS: Post columnist Petula Dvorak writes that the “reopening of Maryland’s oceanside mecca of bad decisions was banging. And that scared the bejeezus out of some of the business people. You’d think the owners of funnel cake places and T-shirt shops (some already peddling corny coronavirus-themed shirts) would be giddy about the crowds after Gov. Larry Hogan (R) began reopening the state.”

OPINION: COMMON SENSE BE DAMNED: Noting all the openings in Maryland this past weekend, the editorial board of the Sun opines that “when the world is beset by the COVID-19 pandemic, with U.S. deaths alone surpassing the 90,000 mark, and it’s clear that many of these activities threaten the health and welfare of our society, it’s beyond disappointing to see how quickly self-discipline exits stage right.”

MOUNTING FEARS OF CHILD CARE PROVIDERS: As more Marylanders returned to work this week, child care providers say they have mounting fears about how their industry will be left to cope with the fallout of the economic shutdown, Danielle Gaines of Maryland Matters reports.

ACTIVISTS: GIVE RENTERS RIGHT TO COUNSEL: Every $1 spent providing legal services to low-income residents facing eviction generates a 624% return on investment for Baltimore and Maryland, according to a report released Monday. Adam Bednar of the Daily Record writes that activists say that with hundreds of thousands of state residents out of work because of the COVID-19 pandemic, evictions are poised to surge throughout Maryland when emergency orders barring evictions are lifted.

COUNCIL CHALLENGES PITTMAN EXEC ORDER: The Republican minority of the Anne Arundel County Council called for an end to County Executive Steuart Pittman’s coronavirus-related emergency powers at Monday’s council meeting and pushed for the reopening of churches and businesses under state rules, Olivia Sanchez reports for the Capital Gazette.

SALISBURY MAYOR ISSUES REOPENING PLAN: As the state and country look toward hopeful coronavirus recovery, Salisbury Mayor Jake Day released the city’s Next Step plan, aimed at providing immediate relief for citizens affected by the COVID-19 pandemic. Its 12 initiatives dive into assistance for at-risk residents as well as help for small businesses trying to transition to recovery, Kelly Powers reports for the Salisbury Daily Times.

MAYORAL CANDIDATE PROFILE: THIRU VIGNARAJAH: By now, many Baltimore voters have heard the glittering resume of Thiru Vignarajah. The son of immigrant schoolteachers, he went on to attend Ivy League universities, seize a coveted spot as a U.S. Supreme Court clerk, and pursue a career prosecuting criminals at the city, state and federal levels. But, Tim Prudente of the Sun writes, even as he runs for mayor on his record of public service, questions also have been raised about his judgment.

MILLER, VIGNARAJAH GO HEAD TO HEAD: Tensions between a pair of Democratic mayoral candidates with strong backing among Baltimore’s business community are escalating as the monthslong primary race turns into a sprint, Adam Bednar of the Daily Record reports. Thiru Vignarajah, a former deputy attorney general, and Mary Miller, a former T. Rowe Price executive, continue swapping barbs as the candidates vie for votes in a field jammed with viable contenders.

OP-ED: DIXON’s LAPSES MORE THAN GIFT CARDS: In an op-ed for Baltimore Brew, Joan Jacobson opines that mayoral candidate Sheila Dixon’s ethical, moral and legal transgressions weren’t just about gift cards and a onetime lapse in judgment. They lasted a decade – through her years as City Council president and mayor – from 2000 to 2010, when she was convicted of embezzlement and resigned.