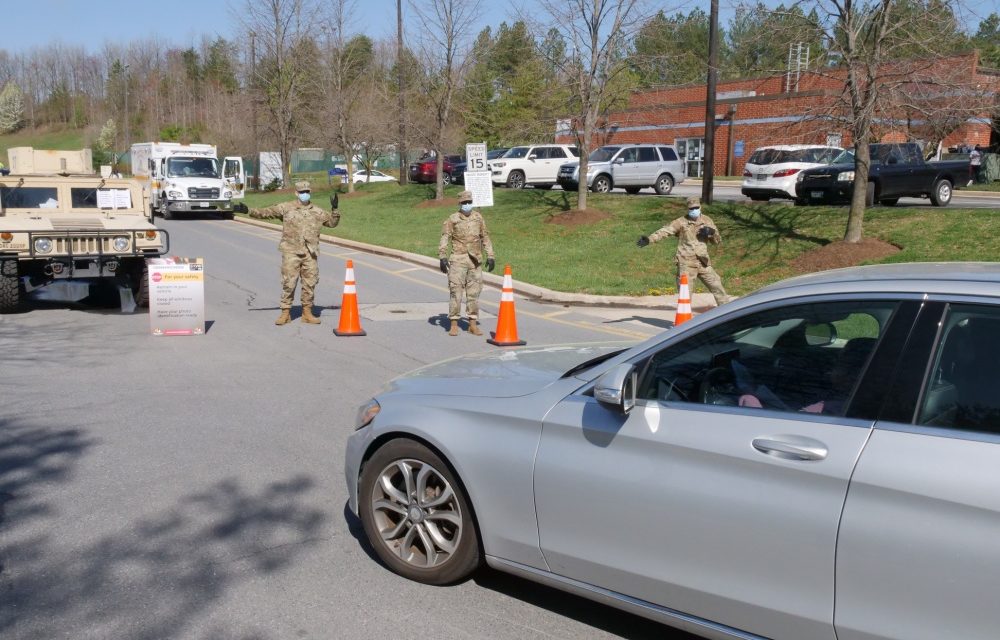 Members of the Maryland National Guard’s 200th Military Police Company direct drivers arriving at the Vehicle Emissions Inspections Program facility in Glen Burnie on March 30 for COVID-19 tests. The state is offering drive-thru tests by appointment only at eight VEIP facilities, including one that is scheduled to open Tuesday in Hagerstown. (Sgt. 1st Class Michael Davis Jr./U.S. Army)

Hogan had said on Wednesday that Maryland would add more drive-thru testing sites as part of the state’s expanded testing strategy. Other priorities for testing include nursing homes, health care workers and first responders, the governor had said. Testing sites also would be added in Wicomico and Caroline counties to address outbreaks at poultry plants on the Delmarva Peninsula, he said at the time.

“With the tests we recently acquired from South Korea, Maryland continues to implement an expanded testing strategy,” Hogan said in a statement released Monday. “Drive-thru testing at Vehicle Emissions Inspection Program stations provides an easily accessible option for many citizens, and we now have the resources to continue to expand these sites throughout the state.”

The governor, with the assistance of first Lady Yumi Hogan, who was born in South Korea, said on April 20 that his administration had acquired 500,000 COVID-19 testing kits from two companies in that country.

With the addition of Hagerstown, there will be eight VEIP testing sites operated by the Maryland Department of Health in:

To be tested at a VEIP site, residents must have an appointment that was scheduled through a health care provider. Residents who are displaying symptoms of COVID-19 and who are at high-risk for complications from the disease should call a physician if they want to be tested, the statement said. Residents cannot order or schedule their own tests.

In addition to the VEIP sites, more than 30 COVID-19 testing states are located throughout the state that are operated by local governments and private organizations. Residents must contact a physician to order a test before scheduling an appointment at those sites.

For more information about COVID-19 testing and a list of locations, go to coronavirus.maryland.gov. and click on the “Testing” tab.

The tests from South Korea arrived at Thurgood Marshall Baltimore-Washington International Airport on April 18. However, it is unclear if those tests have started to be used.  A spokesperson for Hogan told MarylandReporter that the tests had to jump some regulatory hurdles before being used. “Once we validated the tests, and the FDA indicated we could begin to use them, we put into place the expanded testing strategy that the governor announced today,” Sharesse Churchill, the governor’s press secretary, said in an email on Wednesday. The governor told the Washington Post last week that the Maryland National Guard was protecting the tests because he feared the federal government might confiscate them. 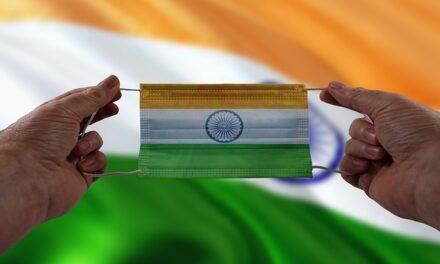