Our current battle with coronavirus, and its multiple layers of impacts on our lives, takes me back to the dramatic challenges our state faced during my two tours of duty in the governor’s press office in the 1990s.

I was an assistant press secretary at the end of William Donald Schaefer’s first term as governor and during the start of his second. Despite the exuberance I felt working in a governor’s office in our historic Maryland State House, it came during an incredibly difficult time in the state’s fiscal history.

We were in the midst of a full-blown economic recession, one of the worst in modern memory. It was a national crisis that affected most other state and local governments, as well.

Gov. Schaefer was forced to turn to furloughs and layoffs of state employees, including Maryland State Police (MSP) troopers, to balance the budget. At one point in 1991 he unveiled a plan to eliminate 108 MSP employees, and close barracks in Glen Burnie and Annapolis, as part of an attempt to cut $450 million in spending.

‘If the governor fired you’

As you might imagine, the State Police family was distraught at the governor’s proposal. I spoke personally with several spouses of troopers, who through tears lashed out at the governor’s suggested cuts. Because in some ways we were the public face of the administration, my press office colleagues and I were frequent targets of a spouse’s anger.

“If the governor fired you,” I was told by more than one wife on a phone call, “that would mean three troopers’ jobs could be saved. That would make Maryland roads safer.” Their math was a little off, but I sympathized with their sentiment. I could hear the fear in their voices. It was a different type of fear than they were already accustomed to as spouses of law enforcement officers.

A few years later, when Schaefer’s successor Gov. Parris N. Glendening was midway through his first term in 1997, I was serving as his deputy press secretary when Maryland was unexpectedly beset with a dual environmental and health crisis. Pfiesteria, a toxic microscopic creature, threatened the Chesapeake Bay and the livelihoods of the men and women who worked on the estuary and its tributaries.

This mysterious outbreak killed thousands of sore-covered fish and cost the state’s proud, vibrant seafood industry tens of millions of dollars. Pfiesteria also caused skin lesions and memory loss among those watermen who came in contact with infected waters. It quickly became an international story.

To his credit, Gov. Glendening met the crisis head-on. He toured the affected rivers and streams by boat, accompanied by experts from the Maryland departments of Natural Resources, Agriculture, and Health. His calm, deliberate demeanor worked in his favor as he met with frightened, angry watermen and their spouses, and equally angry farmers who felt that nutrient runoff from their farmland was being unfairly blamed for the outbreak.

Both groups were seeing their respective ways of life threatened by an unseen predator.

Glendening’s leadership skills were on full display when he convened a “Governor’s Summit” at the Maryland State House in September 1997. His fellow governors from Delaware, Virginia and West Virginia attended, along with representatives from Pennsylvania and North Carolina, including renowned North Carolina State University pfiesteria expert JoAnn Burkholder.

Summit participants enjoyed fresh Maryland seafood for lunch, and we orchestrated a signing ceremony in front of Government House (the governor’s residence) with six state flags and the American flag waving in the breeze behind the signees.

“People shouldn’t be surprised if future textbooks show the state of Maryland as a classic case of how a state should respond to something like the pfiesteria scare,” Charlotte (N.C.) Observer newspaper columnist Jack Betts later wrote.

Simultaneous crisis: health and the economy

Today, more than 22 years later, Maryland and the nation are facing similar economic and health crises. Only this time, they are occurring at the exact same time. So far, Gov. Larry Hogan is being widely praised – and justifiably so – for his handling of the many impacts of the coronavirus. He would be the first to admit, however, that his challenges are still in their infancy.

In fact, I would respectfully point out that our governor is still in the midst of his first dilemma: managing the COVID-19 pandemic. The difficult budget challenges that are sure to follow are still largely unknown, although Maryland Comptroller Peter Franchot has already talked of a possible $2.8 billion shortfall in projected state revenue for current fiscal year 2020, if the governor’s stay-at-home order extends to June 30. The shortfall would be less if restrictions were lifted next month, as now appears possible.

Elected officials and my fellow communications professionals could learn a lot from how governors Schaefer, Glendening, and Hogan managed their respective crises.

They were open, honest and transparent. They communicated early and often. They didn’t try to hide bad news and, for the most part, delivered it themselves. I vividly recall that Schaefer sometimes wept openly when he talked about the impacts on state employees and their families.

The three governors also relied heavily on the advice of experts for fiscal, health and scientific advice. They each had a vision for navigating through their respective crises and developed realistic response plans. They were cautious, and didn’t make unattainable promises or unrealistic predictions. They also didn’t publicly bash the media for alleged biased news coverage or call individual reporters “terrible.” They didn’t toss out unproven, untested theories or technologies.

Other nearby chief executives could surely benefit from their examples.

This article appeared on Ray Feldmann’s Facebook page and is republished with permission. 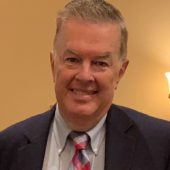 Ray Feldmann is president of FCStrategies, an Annapolis media and communications firm, ray@fcstrategies.com.

Md. has provided more than $9 million in COVID-19 relief funds for agriculture and seafood producers