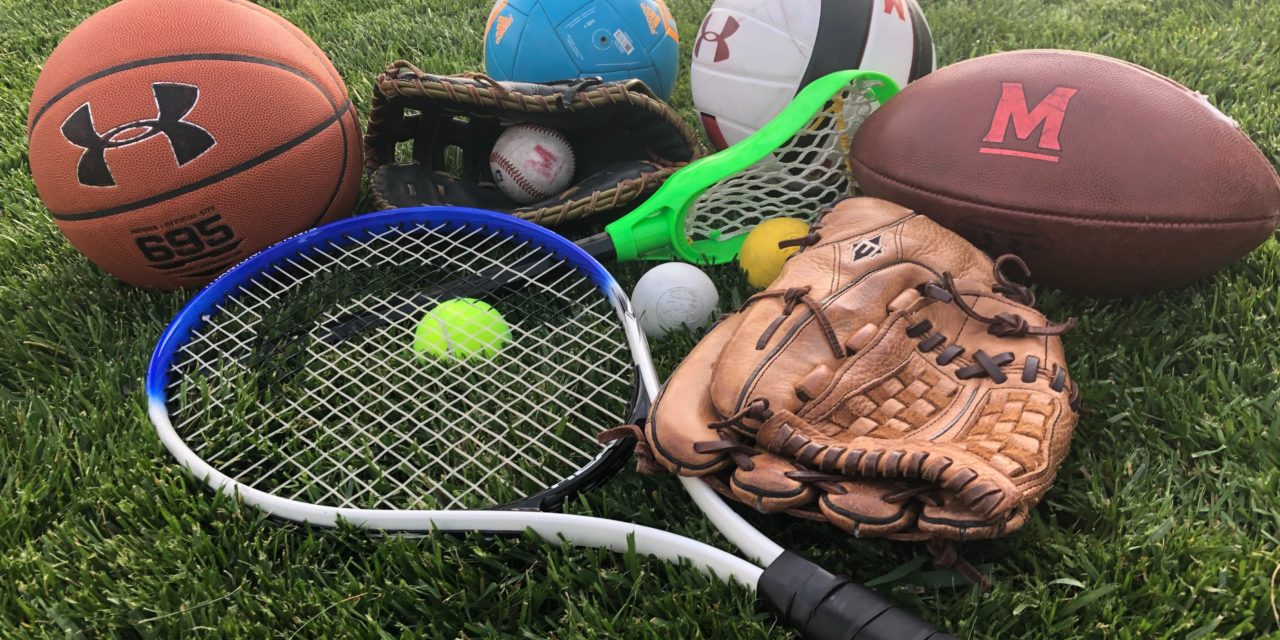 Collegiate athletics across the country are at a standstill after the NCAA’s decision to cancel any remaining spring and winter sports championships due to the COVID-19 outbreak. Now, the college sports world looks forward in a time of pandemic. (Alex Murphy/Capital News Service)

VOORHEES, N.J. — Student-athletes across the college sports landscape are faced with tough realizations and a new challenge amidst the current COVID-19 pandemic as seasons have been stripped away and preparations begin for next season, which remains up in the air.

Winter and spring sports came to an unfortunate end with the National Collegiate Athletic Association’s March 12 decision to cancel any remaining schedules. That meant for winter-sport athletes, their postseasons would be canceled, and for spring athletes, more than 75 percent of their seasons were wiped away.

“I remember that week of practice,” Loyola Maryland men’s lacrosse senior Peter Swindell told Capital News Service. “Everyone was trying to focus, but their minds were all somewhere else.”

The Greyhounds were set to play Bucknell on Saturday, March 14, but the Patriot League had also made the same call on that previous Thursday.

“We all knew at that point that it was going to happen just because of everything that was going on in the world,” Swindell said. “It didn’t really seem real to any of us because it all happened so fast.”

A feeling of shock and sadness was shared by other student-athletes across the state and the country.

“From a baseball perspective, it was pretty upsetting for everybody as a whole because at St. Mary’s this year, we had a pretty close-knit group,” St. Mary’s College (Md.) senior first baseman Jay Hammett said.

The Seahawks had gotten out to a 6-3 start when the news hit, and as a closely bonded team, it killed any momentum the program had to compete for a conference championship.

This especially stung for the senior class, who had their final year competing in college abruptly cut short. The NCAA’s recent ruling has granted spring sports athletes an extra year of eligibility.

But for winter sports athletes, there is no extra year, and now, thoughts of what to do after college have taken over.

“In that moment, it didn’t hit me,” Towson University senior gymnast Ally Wesoly said. “…I still don’t think it’s fully processed yet for me, being a senior. I think this is gonna take a very long time to kind of work out and go through.”

For those spring sports seniors, the decision becomes a tough one. Jackson Reilly, a senior on McDaniel College’s men’s lacrosse team, entered his name in the NCAA Transfer Portal, looking for another year while also looking for a master’s program in business, something McDaniel doesn’t offer.

While that’s a possibility for him, he treated the final game of his season as his final game in college and unlike some other schools, McDaniel was able to have closure. Their game on March 14 against St. Mary’s College of Maryland continued as planned, but it would be the final one of the season.

On gameday, additional media outlets, like Inside Lacrosse, were in attendance, and highlights from the game were shown on ESPN’s SportsCenter that night, showcasing an 18-12 McDaniel victory.

The emotions hit him after the final whistle, and Reilly shed a few tears on the field. However, he treated the final result as if he had won it all.

“Obviously, we weren’t national champions, but it was pretty cool to win your last game,” Reilly said. “I never won my last game because I never won any state championships in high school. It was sad that it was over, but the way our last game went for us was perfect. That was the best game we had played all year.”

For those who aren’t seniors, preparation for next year has already begun. For spring sports athletes, the road is a bit easier, conferencing with teammates and coaches while practicing at home.

The toughest part has been figuring out ways to continue to practice, which can be difficult without full use of equipment. However, they are making do.

“After I realized this is going to go on for a long time, I needed to keep a schedule in mind,” Frostburg State University men’s lacrosse junior Shawn Winans said. “Since we can’t go to gyms now, I go to the turf. We have a couple tires there. I do turf workouts about three, four times a week.”

Winter and spring sports weren’t the only sports affected as fall sports are now at a disadvantage going into the 2020 seasons, especially football. Spring practices are now Zoom workouts, but there is no timetable for when these will end.

Navy football junior cornerback Cameron Kinley, a future senior captain for the Midshipmen, grew up in a football family, so it’s been easier for him to find workout partners at home.

“For me, it’s kind of back to the basics,” said Kinley, who is at home in Memphis and must file a report with the academy every morning. “My dad is a former football coach. My brother is a freshman at MTSU (Middle Tennessee State University), so he’s back home with me. We’ve just been working out together just like we used to. I’m fortunate enough to be in that type of situation.”

Growing old in prison: How Maryland is working to ease the path to release for a low-risk, high-cost population