HOGAN ORDERS FASTER INMATE RELEASE: As the coronavirus pandemic continues to spread behind bars in Maryland, Gov. Larry Hogan has signed an executive order to expedite the release of hundreds of men and women imprisoned at state correctional institutions, Luke Broadwater of the Sun reports. 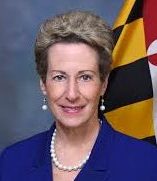 SCHOOLS NOW SHUT THROUGH MAY 15: State School Superintendent Karen Salmon said on Friday that the closure of public schools will be extended to May 15 to help prevent the spread of the coronavirus, writes Bryan Renbaum for Maryland Reporter. Last month, Salmon said that schools would be closed until April 25 at the earliest.

PUSH FOR KIRWAN CONTINUES: With schools closed for more than a month, lawmakers and advocates in Maryland say a multibillion-dollar education reform effort passed by the General Assembly as COVID-19 was just beginning to take hold is more critical now than ever, even with a faltering economy and uncertain fiscal future, Danielle Gaines and Hannah Gaskill of Maryland Matters report.

SHUTDOWN PROTESTERS SWARM ANNAPOLIS: A caravan of cars, trucks and motorcycles swarmed the streets of Annapolis on Saturday, demanding an end to coronavirus-related restrictions in Maryland, while a group of the state’s Republican politicians encouraged Gov. Larry Hogan (R) to reopen the rural areas they represent first, even if the harder-hit urban centers need to remain shut down to prevent the spread of the virus, report the Post’s Tom Jackman, Samantha Schmidt, Erin Cox and Katherine Shaver.

MONDAY MORNING PROTEST: The City of Annapolis says there will be another protest to reopen Maryland starting at 9 a.m. this morning. Police will be handling traffic and people should give themselves extra time to get to where they need to go, WJZ-TV reports.

STATE GOP WANTS REGIONAL REOPENING: Republican members of the House of Delegates on Saturday urged Gov. Larry. Hogan to adopt a regional approach to reopening the state’s economy, Bruce DePuyt of Maryland Matters reports. In a memo, GOP lawmakers applauded Hogan for his leadership in handling the COVID-19 crisis to date — but they urged that he relax restrictions on businesses and certain recreational activities in certain parts of the state.

MD-DC-VA ON REGIONAL PLAN: Gov. Hogan is working with Virginia Gov. Ralph Northam and D.C. Governor Muriel Bowser on a recovery plan for the region, Jacqueline Covey of the Cecil Whig reports. After weeks of consultations with the Coronavirus Response Team, a roadmap to reopening the state will be released next week. The recovery plan is based on the four building blocks: 1) Expanding testing capacity; 2) Increasing hospital surge capacity; 3) Ramping up supply of PPE; and 4) Building a robust contact tracing operation.

HOGAN CITES LACK OF SUPPLIES AS NO. 1 PROBLEM: In an interview with Jake Tapper of CNN on Sunday, Gov. Larry Hogan, countering President Trump, also said a lack of supplies for coronavirus tests remains “probably the No. 1 problem in America,” and that rushing to reopen businesses is unsafe and unwise, Scott Dance of the Sun writes.

FEDS MUST DO MORE, CARDIN, VAN HOLLEN SAY: The message from U.S. Senators Ben Cardin and Chris Van Hollen Friday afternoon was clear: “We will have to do more.” The lawmakers from Maryland spoke directly to business owners in an hour-long Facebook Live roundtable discussion, during which they answered questions about the recent federal stimulus packages passed in an effort to combat the economic destruction brought on by the novel coronavirus.

522 NEW CASES SINCE SATURDAY: Maryland officials said Sunday they have confirmed 522 new cases of the coronavirus since Saturday, the second consecutive day the state has seen a decrease in the number of new cases, Phil Davis reports in the Sun.

DID YOUR VOTE COUNT? As the coronavirus outbreak pushes Maryland’s June 2 primary election largely to mail-in ballots, the State Board of Elections has created a way for citizens to check whether their votes have been counted, Lillian Reed of the Sun reports.

BALTIMORE MAY LOSE OUT ON MAJOR FUNDS: Major metropolises including Baltimore, Boston and Detroit may struggle to access a $500 billion emergency lending program meant to shore up local governments’ cash-starved budgets under rules that limit participation only to cities with 1 million or more residents, Tony Romm of the Post reports.

FACE MASKS REQUIRED: Colin Campbell of the Sun writes that starting this past Saturday, April 18, everyone must wear a face covering inside any retail establishment or when riding any form of public transportation in Maryland.

MD GOP TO HOLD VIRTUAL CONVENTION: Maryland Republican Party will be hosting its 2020 Spring Convention virtually, writes Brian Griffiths for Red Maryland. The convention, which will see the election of the national committeeman, national committeewoman, as well as delegates and alternate delegate to the Republican National Convention, was originally scheduled to be held at Arundel Mills May 15th and 16th.

FARMERS MARKETS OPENING, WITH CHANGES: More and more farmers markets are beginning to open for the season but not without some changes to help keep vendors and customers safe while providing an essential service, Hannah Himes reports in the Frederick News-Post. In March, the Maryland Department of Agriculture noted in a news release that farmers markets are considered an essential service and an important source of food for people.

WOMEN IN MEDICAL CANNABIS INDUSTRY: Gina Gallucci-White reports in the Daily Record about women who have entered Maryland‘s medical cannabis industry and what makes them tick.