NURSING HOME OUTBREAK PUSHES MARYLAND CASES TO 1,240: The total number of cases in Maryland stood at 1,240 Sunday evening. In an appearance on “Fox News Sunday,” Gov. Larry Hogan (R) played down the possibility of businesses reopening anytime soon, Kyle Swenson, Rebecca Tan and Laura Vozzella of the Post are reporting.

54% OF COVID-19 PATIENTS ARE UNDER 50: Among five takeaways from Gov. Hogan’s tour of the talk shows on Fridays is that 54% of those infected in Maryland are under the age of 50. About as many people in their 20s are infected as people in their 60s, the data show, Luke Broadwater of the Sun writes.

FACE MASKS OUT-OF-DATE: Face masks delivered to Maryland from national stockpiles were past the recommended use date when cleared for use by the federal government, according to the state Health Department, Jeff Barker of the Sun reports.

STATE, NONPROFITS IN LINE FOR FEDERAL DISASTER AID: Maryland officials are praising President Donald Trump’s declaration of the state as a major disaster area last week due to the coronavirus pandemic, Luke Broadwater of the Sun reports. That’s because it puts the state and local governments and area nonprofits in line to receive millions — or even tens of millions — in federal dollars as they quickly respond to the outbreak.

TESTING AT FEDEX FIELD: Patients who have a doctor’s referral will be able to get a Covid-19 test beginning this week at FedEx Field in Landover, Bruce DePuyt is reporting for Maryland Matters.

13,000+ HOTEL WORKERS LAID OFF: More than 13,000 Maryland hotel workers have lost their jobs as the coronavirus pandemic continues to sweep through the state, disrupting travel and nearly every other facet of daily life, Amanda Yeager reports in the Baltimore Business Journal.

COURTS CLOSED THROUGH MAY 1: With limited exceptions, including certain emergency matters, the Maryland state courts will remain closed to the public through May 1, due to the COVID-19 public health emergency, according to the Charles County Independent. 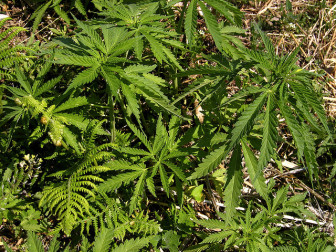 MEDICAL MARIJUANA INDUSTRY THRIVES: While many Maryland businesses have been forced to close or cut back on staff due to restrictions implemented to prevent the spread of the coronavirus, some say the medical marijuana industry in the state is thriving, MarylandReporter’s Bryan Renbaum reports

CHALLENGE POSSIBLE TO VOTING CHANGE: Maryland officials are grappling with unprecedented election decisions as the outbreak of the new coronavirus grows exponentially across the state. Emily Opilo of the Sun reports that a decision to abandon in-person voting would leave Maryland vulnerable to legal challenges, according to the heads of several voting rights groups and the Maryland attorney general’s office.

OPINION: VOTE-BY-MAIL A GOOD MOVE, BUT ONLY ONCE: Maryland’s decision to hold the general election for the 7th Congressional District by mail makes sense for this election. But holding further all vote-by-mail elections without instituting proper protections risks the integrity of Maryland’s elections, David Lublin of Seventh State opines in an op-ed in the Sun.

OPINION: MOVING ELECTION IS RIGHT: In a column for Maryland Matters, U.S. Rep. David Trone praises the state’s decision to move from April 28 to June 2 the state’s primary election, calling it “the right thing to do.”

STRUGGLE TO COMPLY WITH OPEN MEETINGS LAW: As the Maryland State Board of Education began its much-anticipated March meeting, it was clear there was a problem: The audio stream was patchy for some, unworkable for others. Maryland government bodies large and small are contending with similar issues to comply with the state’s Open Meetings Law, Kevin Rector and Liz Bowie of the Sun report.

BLOOMBERG, STATE TEAM UP: Bloomberg Philanthropies and the state of Maryland will spend $4 million to back a Johns Hopkins University study into whether the blood of recovered COVID-19 patients can be used to treat patients suffering from the disease, Tim Curtis of the Daily Record reports. 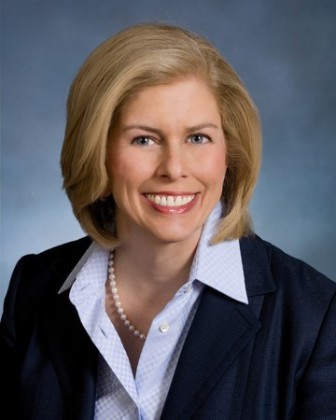 EX-ARUNDEL EXEC DOUBTS STATE NUMBERS: Former Anne Arundel County Executive Laura Neuman and her children recently were ill, and she suspected COVID-19. But she could not get tested and she didn’t use her political connections to get the test either. However, the experience has left the Republican-turned-Independent profoundly angry about the federal government’s response to the epidemic and dismissive of the infection numbers being released by the state each day.

FRANCHOT TELLS BORROWERS TO SEEK DEFERMENTS: Comptroller Peter Franchot has one piece of advice for people during the coronavirus pandemic: Call your creditors and ask for a four-month deferment, Erika Riley of the Frederick News Post reports.

FARMS SEE UPTICK IN SALES: Farms that already serve customers on-site are seeing an increase in sales due to the COVID-19 outbreak, Hannah Himes is reporting for the Frederick News Post.

CHARLES CO. MAN ARRESTED FOR LARGE PARTIES: A Charles County man has been charged with two counts of violating the emergency order limiting crowd size during the new coronavirus outbreak as authorities say he organized two events of more than 10 people in the past week, writes Phil Davis for the Sun.

HELP FOR FREDERICK BUSINESSES: Frederick County businesses can now apply for a grant to help them recover from the effects of the coronavirus pandemic, by subsidizing local marketing efforts through matching advertising dollars. The fund was established by Ogden Newspapers Inc., the parent company of The Frederick News-Post, the paper is reporting.