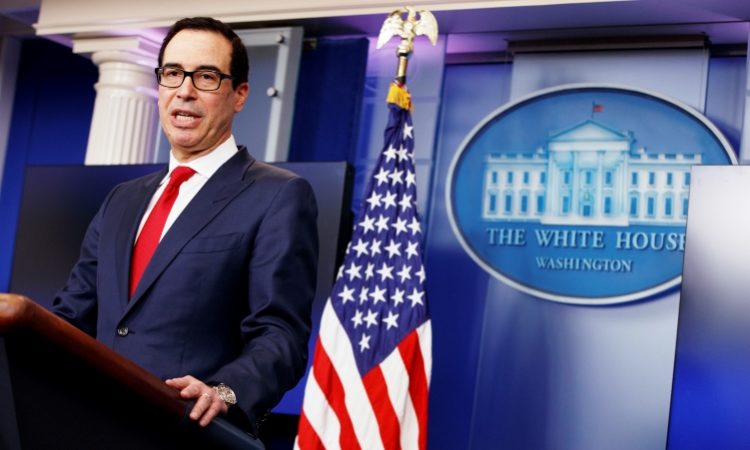 The president also said Tax Day is being pushed back from April 15 to July 15 — giving Americans more time to file their taxes.

“All taxpayers and businesses will have this additional time to file and make payments without interest or penalties,” Mnuchin said.

He said the action was being taken at the direction of the president.

Despite the three-month extension, Mnuchin encouraged taxpayers who anticipate refunds to “file now to get your money.”

Trump had said last Friday that interest would be waived on federally held student loans “until further notice.” The U.S. Department of Education has said that borrowers would still be required to make their payments but all of them would be credited toward the principle, instead of being divided between principle and interest.

Trump said today that borrowers should contact their loans servicers for details, although the Education Department had implied last week that the changes would be automatic.

Trump’s relief falls short of that desired by a group of Senate Democrats, who have been working on an emergency relief proposal legislation that would allow student borrowers to skip payments on federal loans during the public health crisis. After the crisis ends, the Department of Education would give each borrower money to ensure that each received a total of $10,000 in relief.

On Thursday Senate Republicans proposed the Coronavirus Aid, Relief, and Economic Security Act, which calls for the suspension of federal student loans for three months and possibly as long as six.