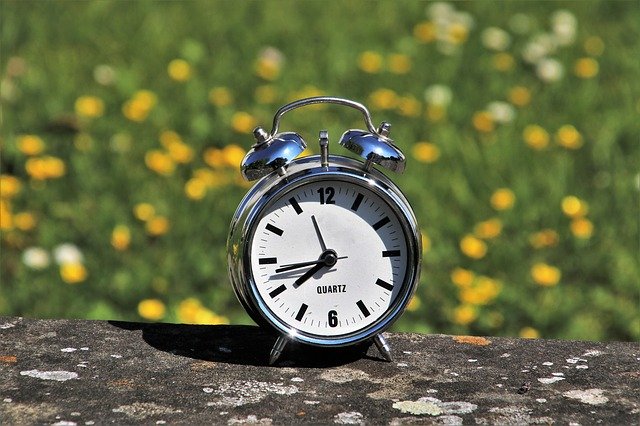 At 2 a.m. Sunday, hundreds of millions of Americans will “spring forward” one hour in the annual observance of Daylight Saving Time — gaining an hour of sunlight but losing an hour of sleep.

Some Maryland lawmakers are aiming to change that.

Whether it’s gaining an hour or losing an hour, the time change can be disruptive.

In the fall, the days feel shorter, sometimes leaving people to start and end their day in darkness. In the spring, when Daylight Saving Time begins with losing an hour, changes to sleep schedules can impact people in a variety of ways.

Legislation in the General Assembly would alter Maryland’s standard time to be Eastern Daylight Time year-round.

If passed, the legislation would be contingent on changes being made to the federal Uniform Time Act, which allows states to exempt themselves from observing Daylight Saving Time, but requires a change in federal law to remain on Daylight Saving Time year-round.

Currently, Hawaii and Arizona are the only two states that do not observe Daylight Saving Time.

“We have a whole host of reasons on why we do this daylight savings, but they all seem antiquated in theories,” said Del. Brian Crosby (D-St. Mary’s), sponsor of House bill 1610. “When you start breaking down the data of why to not do it, that far outweighs why we do do it.”

The modern practice of observing Daylight Saving Time began with the Uniform Time Act in 1966.

According to a legislative analysis of the bill, the act was passed when the U.S. Department of Transportation was founded, giving the department regulatory power over time zones and Daylight Saving Time for transportation and commerce-related issues.

The first U.S. Daylight Saving Time was observed for energy conservation for seven months between 1918 and 1919 and year-round between 1942 and 1945, during World War I and World War II.

But a 1974 report by the U.S. Department of Transportation found the energy savings minimal, and a 2008 Department of Energy study found a total primary energy consumption reduction of 0.02%, according to the state legislative analysis.

Between 2015 and 2019, 39 states introduced legislation to abolish the observance, with many states seeking to keep their clocks set one hour ahead, according to data from the Congressional Research Service cited in the legislative analysis.

U.S. Sen. Marco Rubio and Rep. Vern Buchanan — both Florida Republicans — sponsored bills in Congress last year to observe Daylight Saving Time year-round nationwide. Rubio sponsored a similar bill in 2018. Florida lawmakers have passed legislation to do away with Standard Time but, like the Maryland bill, it would not go into effect unless the federal law passes.

If the Maryland legislation passes, it would take effect the second Sunday in March or the first Sunday in November after the change is made to federal law, whichever occurs first.

Sen. Clarence Lam, (D-Howard and Baltimore counties) and a co-sponsor of Senate bill 517, which is expected to be heard Thursday, said he has heard the time change is considered outdated and not needed by some of the state’s agricultural communities. Crosby’s identical House bill does not yet have a hearing scheduled.

“In my district, we don’t have very many farms, so it seemed like it made sense to me to give a little bit more time in the day where there is daylight occurring,” Lam said.

Crosby pointed to published research that shows the detrimental health effects Daylight Saving Time can have on people. Studies show an increased chance of heart attacks, accidents while driving, increased work injuries and a temporary increase in suicides in the days after the spring time change.

Crosby also noted the effect the yearly time change can have on parents with children.

“Nobody likes getting their kids up for school the next day,” Crosby said. “I promise you, on March 9th, parents will be struggling to get their kids out the door.”