HOGAN TO LEAD NATIONAL GOV GROUP:Maryland Gov. Larry Hogan is set to become the chairman of the bipartisan National Governors Association on Friday — making him the first Maryland governor to hold the post since Parris Glendening, reports Luke Broadwater in the Sun. Hogan, the organization’s current vice chairman, will be elevated to the top leadership position during an afternoon ceremony in Salt Lake City, where the association is holding its summer meeting.

MEALS ON WHEELS FUNDING CUT: A change in formulas for state funding has drastically cut funding for organizations that provide nutrition, such as the Eastern Shore’s provider of Meals on Wheals, reports Robin Clark Eilenberg for Conduit Street, the Maryland Association of Counties blog. Maintaining Active Citizens, which runs Meals and Wheels and other nutrition programs for the elderly in Dorchester, Somerset, Wicomico and Worcester, received about half the funding it has been receiving from the state this year. The decreases are expected to occur in counties across the state and are a result of formula changes made in 2016 that had been getting supplemental allocations.

PARASITE INVESTIGATION: Maryland’s health department is investigating a rise in reported Cyclospora infections, which causes intestinal problems from a microscopic parasite, reports Bryna Zumer for WBFF. People can get the infection from consuming food or water contaminated with feces or stool that contain the parasite.

CASHLESS TOLLS COMING: A vote by the Maryland Transportation Authority opens the door to a public comment period on lower tolls that would be rolled out over the course of 2020, reports Bryan Sears in The Daily Record. The change, if adopted later this year, could provide additional payment options that would move the state closer to a cashless tolling operation.

HYSTERIA FOR FRANCHOT: A free beer and pizza event in Columbia for over 100 guests was part of Franchot’s continuing taproom tour across Maryland in his not-yet-official campaign for governor, writes Len Lazarick for Maryland Reporter. Franchot threw the happy hour to honor Hysteria as the winner of a contest he held for the favorite Maryland brewery to hang out. Franchot has championed the cause for relaxing the laws on local breweries.

BMORE RANSOMWARE COST: The Baltimore City Council’s budget committee voted Thursday to approve $10 million to cover the information technology department’s costs to recover from a ransomware attack that brought down city computer networks, reports Ian Duncan in the Sun.  More than half the money has already been spent on consultants, equipment and overtime pay, and the legislation is being fast-tracked so it can be finalized at the council’s next meeting in August. The city’s budget office has calculated the cost of the attack at $18 million,adding $8 million in lost revenue to the price of the recovery.

LAWMAKERS TO LOBBYISTS: Advocacy group Public Citizen says Maryland should impose a longer “cooling-off period” before state lawmakers can become lobbyists, reports Pamela Wood for the Sun. Public Citizen reviewed policies in the federal government and all 50 states that are designed to limit the “revolving door” of politicians leaving office, only to return to the halls of government to lobby for private interests.

POLICE SETTLEMENT GAG ORDERS: Baltimore Mayor Jack Young said that Baltimore has stopped using “gag orders” in police misconduct settlements, but the ACLU of Maryland calls that assertion “100% untrue” and “staggeringly unbelieveable,” reports Mark Reutter in Baltimore Brew. Young is also opposed to legislation that would halt the practice, which was recently deemed unconstitutional by a federal court in a lawsuit brought by the ACLU on behalf of Baltimore Brew and Ashley Overbey Underwood.

BMORE REGIONAL TRANSPORTATION PLAN: The Baltimore Regional Transportation Board has backed two plans seeking more than $15 billion in transportation projects for the areas during the next 25 years, reports Adam Bednar in The Daily Record. Major requests in the strategy include $712 million to develop a Bus Rapid Transit connection between the New Carrollton MARC and Metro stations; $350 million to add new traffic lanes on Interstate 695 between Interstate 70 and Route 43; and $161 million to widen more than two miles of Route 136 in Harford County linking with Interstate 95 from two to four lanes.

HAGERSTOWN I-81 PROJECT REJECTED: The latest list of recipients of nearly $856 million in federal Infrastructure for Rebuilding America grants for transportation projects was officially released Thursday. And once again, the Interstate 81 expansion project was not included, reports Mike Lewis for the Herald-Mail. The Maryland Department of Transportation had applied for a $55 million grant in March; it was at least the project’s third application for federal funding.

WASHINGTON REGIONAL TRANSPORTATION PLANNING: One of the biggest hurdles in making buses a Washingtonian’s mode of choice is getting the multiple regional transportation agencies to agree that it should be, reports Jonathan Capriel for the Washington Business Journal.There was real skepticism from some Metro board members that the region, with its various jurisdictions and transportation agencies, could act as a whole to reduce congestion. Maryland’s rep wants to highlight recommendations for more wifi on buses.

BALTIMORE LIABILITY CONSIDERED IN COURT CASE: Baltimore currently cannot be sued for damages in federal civil rights cases over alleged police misconduct, but a lawsuit concerning wrongful arrest by officers of the corrupt Gun Trace Task Force is likely to serve as a vehicle to challenge that precedent, reports Heather Cobun for The Daily Record. The plaintiff’s attorney is arguing the police department is controlled by the city and should not be considered a state agency.

HORSE PROTECTION BILL PASSED IN MEMORY OF TYDINGS: The U.S. House of Representatives passed the U.S. Senator Joseph D. Tydings Memorial Prevent All Soring Tactics (PAST) Act on Thursday, which is named after a Maryland senator who authored the nearly 40-year old law first aimed at protecting horses, reports Anthony Hayes in the Baltimore Post-Examiner. The PAST measure seeks to strengthen Horse Protection Act and end the torturous, painful practice of soring, Tennessee Walking, Racking, and Spotted Saddle Horses. It was co-sponsored by the entire Maryland delegation.

DISTILLERIES NOW ABLE TO SERVE COCKTAILS: A Maryland law that went in effect July 1 has opened up new opportunities for local distilleries, including two in Carroll County, reports Akira Kyles for the Carroll County Times. Earlier this year, the Maryland General Assembly passed a law that allows distilleries to sell cocktails. Previously they could only give out a maximum of four half-ounce samples.

STATE COMMITTEE QUESTIONS RAISED: The membership of a state committee reviewing education funding formulas has some local officials on edge in Chestertown, reports Daniel Divilio for The Star Democrat.

OPINION: OHV PARK NOW OPEN:The new Wolf Den Run State Park in Garrett County is now Maryland’s only park for Off-Highway Vehicles, writes Dan Rodricks in the Sun. His piece includes some debate from lawmakers about the impact of those vehicles. But, if all three parcels of Wolf Den Run are open to off-road vehicles, the state will have created a $3.67 million OHV park, and nature-lovers looking for a quiet hike through the Maryland woods will have to take that desire elsewhere, he opines.

THIRD PARTY SENATE CANDIDATE CASE CLOSED: The U.S. District Court for the state of Maryland formally dismissed on Thursday the case of a candidate attempting to get on the 2018 ballot, reports Danielle Gaines for Maryland Matters. Jerome Segal, a retired University of MD professor who spent more than $1 million of his own money challenging U.S. Sen. Ben Cardin, had attempted to run in that General Election as a member of his Bread and Roses Party after the unsuccessful Democratic primary challenge.

HOYER AIDE RETIRES: House Majority Leader Steny Hoyer paid tribute to his recently retired district director, Betsy Bossart, on the floor of the U.S. House of Representatives on Thursday, after which friends and colleagues from around Maryland’s Fifth District gathered to pay tribute to her accomplishments and to share memories and stories of her eventful career, reports Paul Lagasse in the St. Mary’s Enterprise. 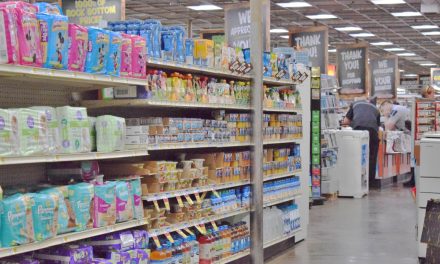