WIND FARM FIRM TO STAGE AT PORT OF BALTIMORE: The company behind a long-planned wind farm off the coast of Ocean City hit a new milestone Thursday, announcing construction of a multimillion-dollar staging area at the Port of Baltimore, where turbines will be assembled and then shipped out to sea, Erin Cox of the Post reports. The Skipjack Wind Farm will eventually have 15 turbines erected about 20 miles northeast of the beach town. 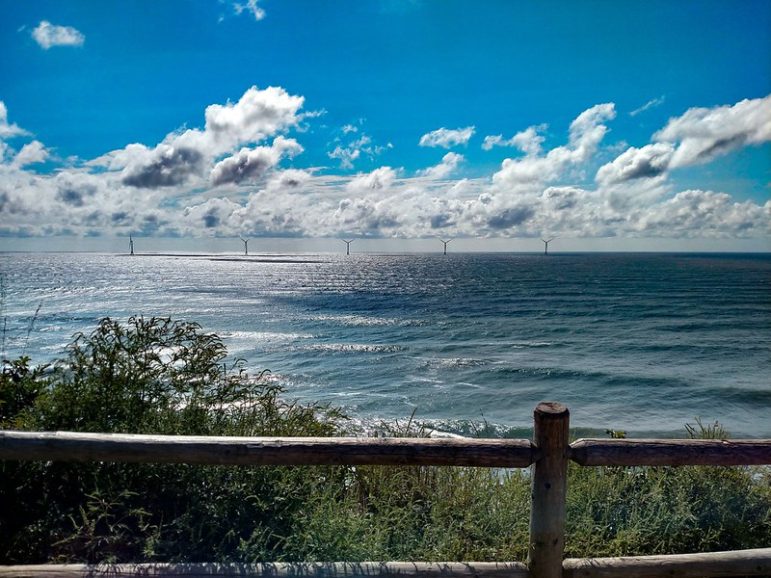 BPW EXPECTED TO OK 3 SETTLEMENTS: Maryland’s spending panel is slated today to authorize paying $369,000 to settle claims of mistreatment by three state employees at their workplaces, two of them at state colleges, Luke Broadwater of the Sun reports.

KIRWAN PROGRAM FUNDING BEGINS: Money to fund initial recommendations of the Kirwan Commission is flowing to local school systems, reports Danielle Gaines for Maryland Matters. More than $65.4 million has been awarded by the Maryland Department of Education to support students with disabilities, and the department has also awarded $75 million for grants to match local teacher salary increases in all 24 local jurisdictions in the state.

RODRICKS: STATE MUST AID EXONEREES: In a column for the Sun, Dan Rodricks writes that in “criminal justice, police, prosecutors, judges, juries and witnesses to crimes sometimes get it wrong. They make mistakes. When the system discovers that it put an innocent man or woman in prison, it should do the right thing. Saying, “Sorry, tough luck” doesn’t cut it. The state should apologize and provide some compensation for the years of life and liberty lost to a wrongful conviction.” The Board of Public Works, which meets today, has failed to act on their requests for compensation, he added.

ICE ARRESTS 35 IN B’MORE: The Immigration and Customs Enforcement agency said Tuesday that 35 arrests were made in a highly publicized enforcement operation that targeted 2,100 people in Baltimore and nine other cities. Acting ICE Director Matthew Albence told reporters the operation, nicknamed “Border Resolve,” is ongoing. He declined to identify where the arrests have been made so far, Jeff Barker of the Sun reports.

SPEAKER JONES TAPS UMMS BOARD MEMBER: House of Delegates Speaker Adrienne Jones announced her pick Tuesday to join the new University of Maryland Medical System board of directors — part of an effort to reform the troubled board after a self-dealing scandal. Jones said she selected Thomasina Rogers, a Prince George’s County lawyer with leadership experience in the administrations of presidents Bill Clinton, George W. Bush and Barack Obama.

JONES EMPHASIZES UNITY: Ever since her election to Maryland House Speaker in May after the death of longtime Speaker Michael Busch, Adrienne Jones — the first African-American woman to be elected to the post — has emphasized the need for lawmakers to unite. “Division doesn’t help anyone. It doesn’t help us as a body, it doesn’t help the citizens that we’re out here to serve,” Jones tells Kate Ryan in an interview for WTOP-AM.

HOGAN TAPS NEW DEPUTY CHIEF OF STAFF: Gov. Larry Hogan named Diane Croghan as a deputy chief of staff on Tuesday, reports Pamela Wood for the Sun. “Diane is an invaluable asset to our administration, and her wealth of experience in both the executive and legislative branches will benefit all Marylanders as she takes on some of our top priorities,” Hogan, a Republican, said in a statement.

HAGERSTOWN STORMWATER FEE: The scope of an upcoming stormwater management fee structure in Hagerstown came into clearer view Tuesday, as city officials learned the overall cost might be a little less than initially projected, CJ Lovelace of the Hagerstown Herald-Mail reports. The revised projection pinpoints about 366 acres of impervious land in the city that would have to be treated by 2025, in accordance with a state mandate. Down from about 450 acres, that lessens the total cost of needed improvements from an estimated $27 million to about $23.6 million.

MO CO COUNCIL OKs ADUs: The Montgomery County Council on Tuesday unanimously passed a zoning change allowing accessory dwelling units – ADUs, also known as in-law apartments — in three residential zones of the county. The zoning change  will allow the apartments as attached and detached structures in zones where the minimum lot size is 6,000 to 20,000 square feet. The council has been considering the change since the beginning of the year, Dan Schere reports in Bethesda Beat.

CITY CELEBRATES STATE-DESIGNATED ARTS DISTRICT: With the new state designation making Baltimore City’s Pennsylvania Avenue corridor an arts and entertainment district, Mayor Jack Young and other officials envision this famous street returning to its past glory as a hub for black artists, serving as a home to new music venues, artist galleries and restaurants, Brandon Weigel of Baltimore Fishbowl reports. Pennsylvania Avenue joins Highlandtown, Station North and the area around the Bromo Seltzer Tower as the city’s only dedicated arts and entertainment districts. Those places receive state tax credits and other incentives to encourage development projects for the arts.