As top vote-getter, Franchot leaves the door wide open for 2022 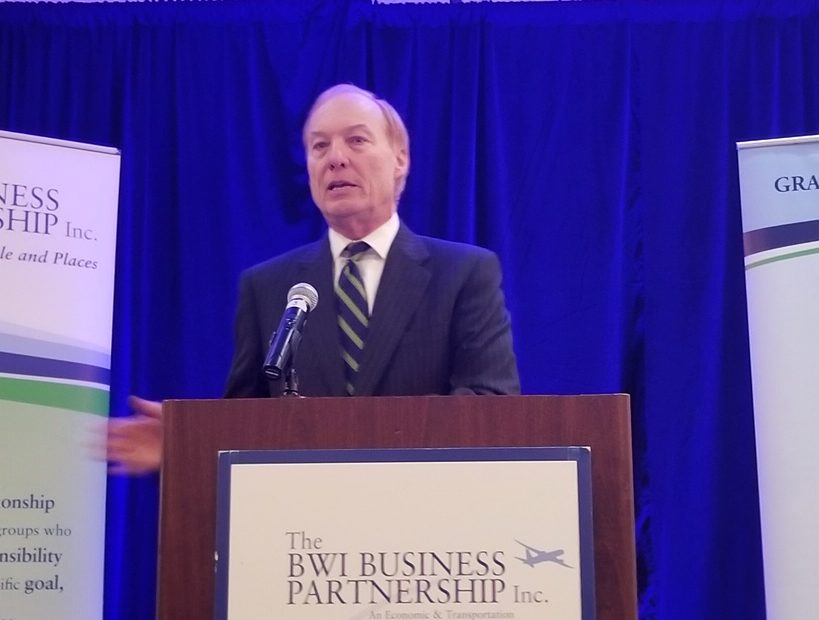 For MarylandReporter.com and The Business Monthly

“You may roll your eyes at this, but as the state tax collector I received more votes for state office than any Marylander in history,” Comptroller Peter Franchot gleefully told a sold-out BWI Business Partnership breakfast Friday morning.

“And if you bump into Governor Hogan, could you tell him I happened to get 300,000 more votes than he did.”

(Gov. Larry Hogan likes to remind people than he just got more votes than any Republican in Maryland history.)

Hillary Clinton and Barack Obama got more votes than Franchot in presidential elections when Franchot was not on the ballot, as did Democratic Sen. Chris Van Hollen “who got 20,000 more votes than I did” in 2016, Franchot concedes in a brief interview.

“Other than that, I am numero uno,”  Franchot said.

“And you can roll your eyes at that,” Franchot said.

“I’m not rolling my eyes,” the interviewer protested. Franchot conceded bringing up his vote tally might be “obnoxious.”

Given he was the most popular Democrat on the ballot for the last three gubernatorial elections, “what does that mean four years hence,” asked the reporter. “People are saying you might run for governor.”

“Well that’s a long, long time away. I’m very happy with the position I have and I’m not term limited.”

“And you will be 75,” observes the reporter.

Franchot, the reporter and an aide try to remember how old William Donald Schaefer was in 1986 when he got 82% of the vote for governor.

“Seriously, I am flattered that people would say that. And you know it’s kind of a different landscape after the election. A lot of Republican executives lost. There doesn’t seem to be an heir apparent in either party. So we’ll see.”

Not exactly closing the door, any door, or any windows of opportunity either.

And how old was Baltimore Mayor William Donald Schaefer in 1986, 20 years before Franchot defeated him a three-way primary for comptroller?

Schaefer was 65 when he was elected governor.

For more about Franchot, see the January issue of The Business Monthly serving Howard and Anne Arundel counties.

Rep. Brown: ‘Maryland can’t get better than a D’ on COVID-19 vaccine distribution