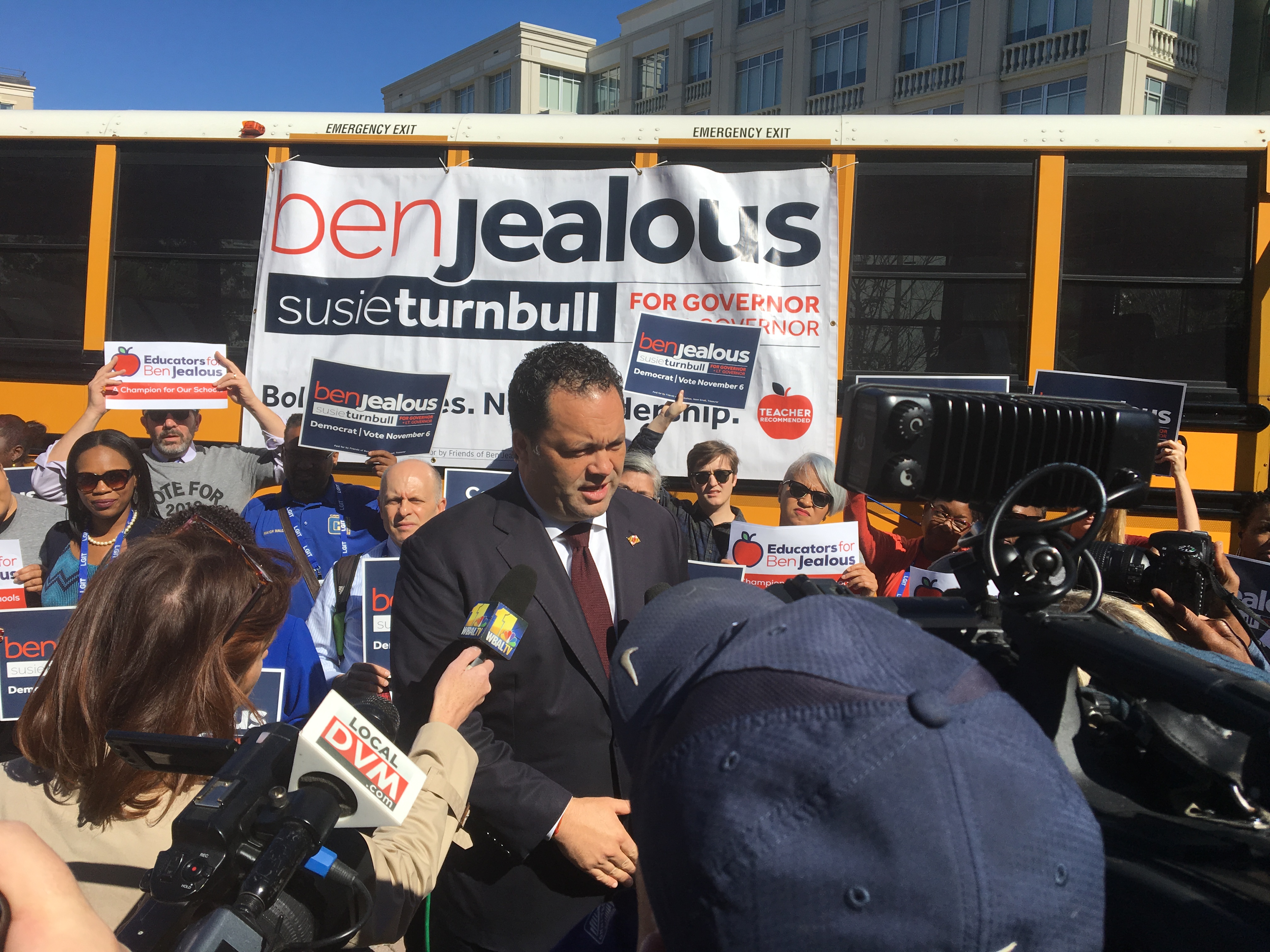 At a brief press conference Friday, a reporter asked Democratic nominee for governor Ben Jealous about polls showing him far behind Republican Gov. Larry Hogan in the race for governor. Jealous shrugged it off, saying he was about in the same position as Hogan was four years ago before his upset victory.

Some polls in October 2014 showed Hogan getting as little as 38% of the vote, as Jealous did in three recent polls showing him getting 36, 37 and 38% in head-to- head match-ups against Hogan.

But a key difference with 2014 was that the polls taken then by the Washington Post, the Baltimore Sun and Gonzales Research all showed Lt. Gov. Anthony Brown with less than 50% of the vote and with only single-digit leads of 9, 7 and 2% over Hogan. (The exception was the discredited CBS/New York Times/YouGov polls, which showed similar numbers for Hogan but much higher numbers for Brown.) 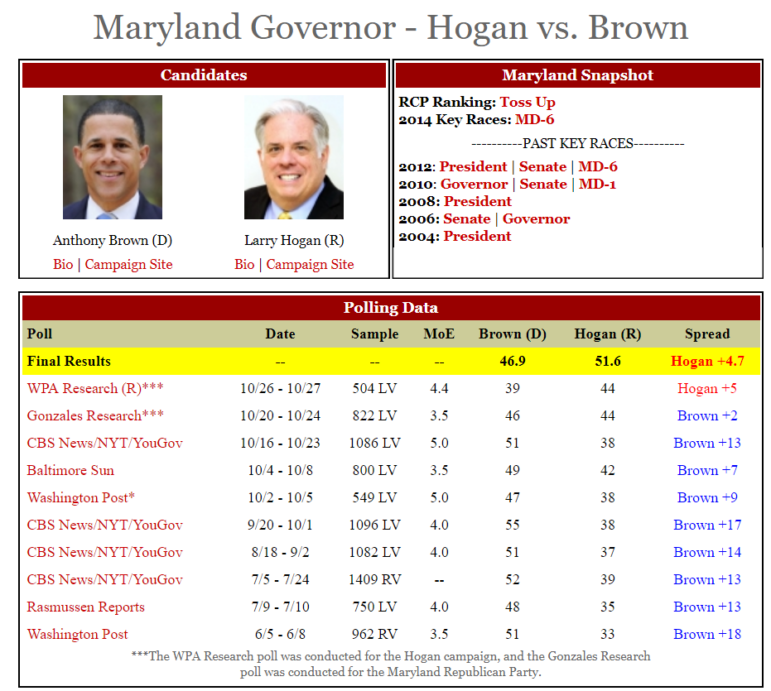 The four most recent polls of this year’s race for governor all show Hogan polling above 50%, ranging from 52% to 58%, and double digit leads ranging from 15% to 22%. The Real Clear Politics website, which compiled the poll results for both elections, said this year’s average was 54.5% for Hogan and 35.8% for Jealous. The average spread was 18.7% favoring Hogan; in 2014, the average spread was only 4.7% favoring Brown. 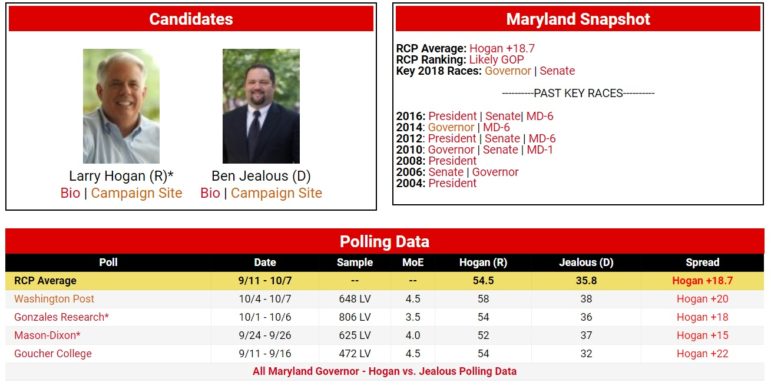 In other words, based on polling, Jealous is now at least 10 percentage points behind where Hogan was four years ago. The Jealous campaign and the Democratic Party are still hoping that much higher turnout from an energized base of angry Democrats will turn things around.

At Friday’s event in Annapolis, a small group of Jealous supporters traveling with him on a yellow school bus symbolizing his commitment to education, chanted, “Polls don’t vote,” after Jealous responded to the question.