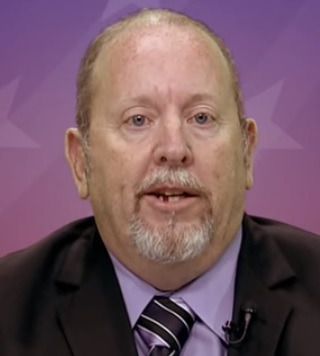 Shawn Quinn waited patiently for over an hour Saturday morning for his chance to address a nearly empty hall at St. John Baptist church in Columbia.

There were barely two dozen people in the 120 seats at the candidates forum by the African American Coalition of Howard County when the Libertarian candidate for governor briefly laid out his platform of lower taxes and school choice.

He said in a brief interview afterward he is often the only candidate for governor to show up at the many forums he is invited to.

This is Quinn’s second run for governor. He got 25,382 votes in 2014, the highest vote tally a Libertarian candidate had ever achieved in Maryland, losing of course to Republican Larry Hogan.

Quinn, 56, is a 20-year Navy veteran and a truck driver. He graduated from Woodrow Wilson High School in Montgomery County and currently lives in Lusby, Calvert County.

“I plan on changing a lot of policies,” Quinn told the forum.

He wants to cut Maryland’s sales tax in half to 3%, and eliminate all income taxes on retirees.

He favors “100% school choice,” having the education dollars follow the student to any public or private school they wish to attend — in essence a total voucher system.

In a policy he admits is unpopular with fellow Libertarians, he wants every new house to have solar panels.

He says he was the first candidate in 2014 to be discuss the environmental problems from the Conowingo power dam on the Susquehanna River.

Quinn is a strong supporter of the 2nd Amendment rights of gun-owners, and in fact, was rushing off Saturday to a bowling pin shoot out at a local gun range. He says Gov. Hogan has completely lost the support of 2nd Amendment advocates by his signing of the red flag law, allowing guns to be taken from people who might be a danger to themselves or others, and legislation banning bump stocks that can turn rifles into automatic weapons.

Quinn denies that voting for him is a wasted vote. “You should be voting for the best people to do the job,” he said. 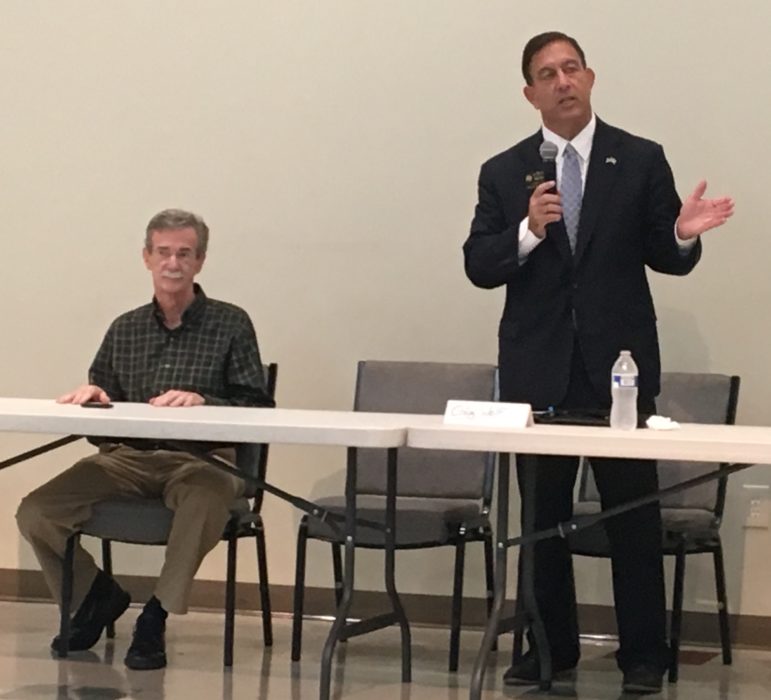 While there weren’t many average citizens at the African American Coalition forum, the number of candidates who showed up was impressive.

Democratic Attorney General Brian Frosh tangled with Republican Craig Wolf, who insists Frosh is “not doing the job he was elected to do,” complaining about all the lawsuits Frosh has joined against the Trump administration.

Wolf said Frosh should spend more time fighting crime. Frosh said that “95% of our work is civil” as assigned by the state constitution. Prosecuting criminals is largely left up to the state’s attorneys, Frosh says. 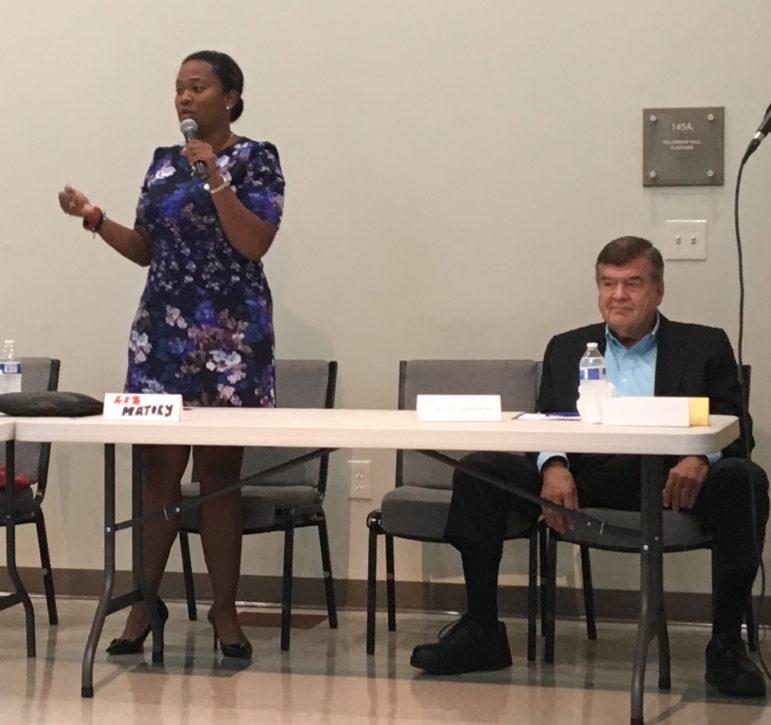 Republican Liz Matory decried the dominance of white men speaking for her in Maryland’s congressional delegation, including her opponent, Rep. Dutch Ruppersberger. Photo by MarylandReporter.com

All three congressmen who represent Howard County showed up, as did U.S. Sen. Ben Cardin, seeking his third term this year, on his way to vote to Washington to vote against the confirmation of Judge Brett Kavanaugh for the Supreme Court.

UPDATE 2:30 p.m., 10/8 While the African American coalition was still going on, there was a rally at the Howard County Democratic headquarter that included Cardin and Rep. Elijah Cummings (Photo below) . Democratic nominee Ben Jealous apparently dropped by, but is not in this photo of the rally. 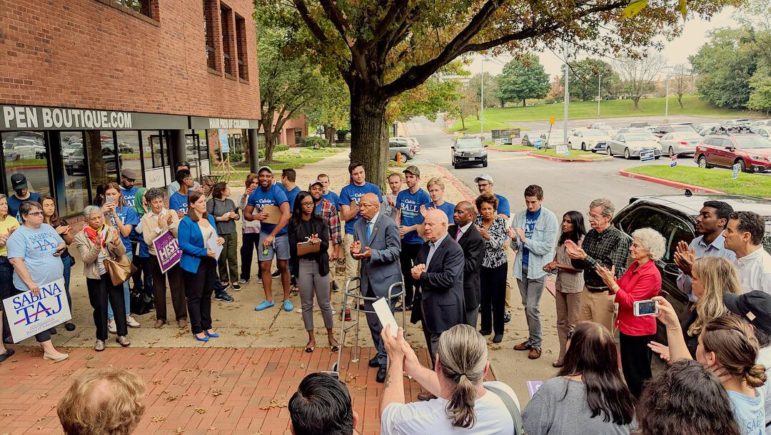 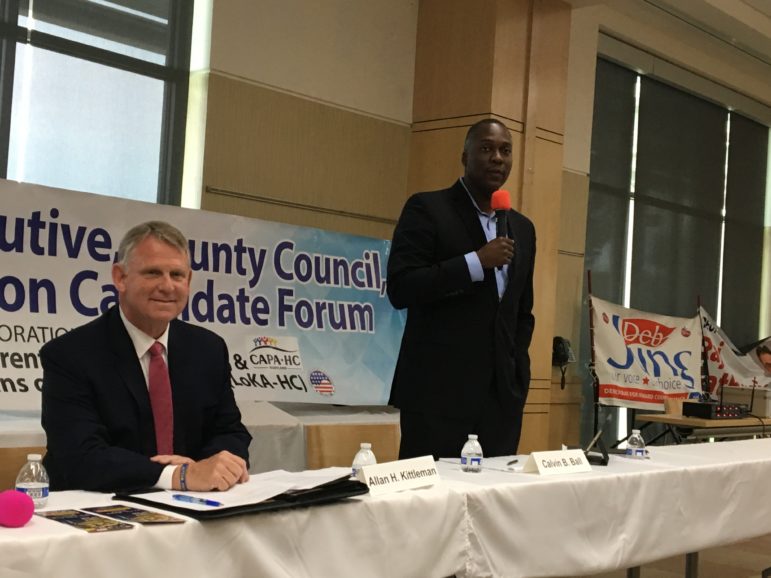 By contrast, a forum organized by League of Korean Americans of Howard County (http://www.lokamd.org) and Chinese American Parent Association of Howard County (www.capa-hc.org) Saturday afternoon brought out hundreds of people. Howard County Executive Allan Kittleman and his Democratic challenger, Howard County Councilmember Calvin Ball, debated. Kittleman did not attend the African American Coalition meeting, which earned him a tongue-lashing from the group. 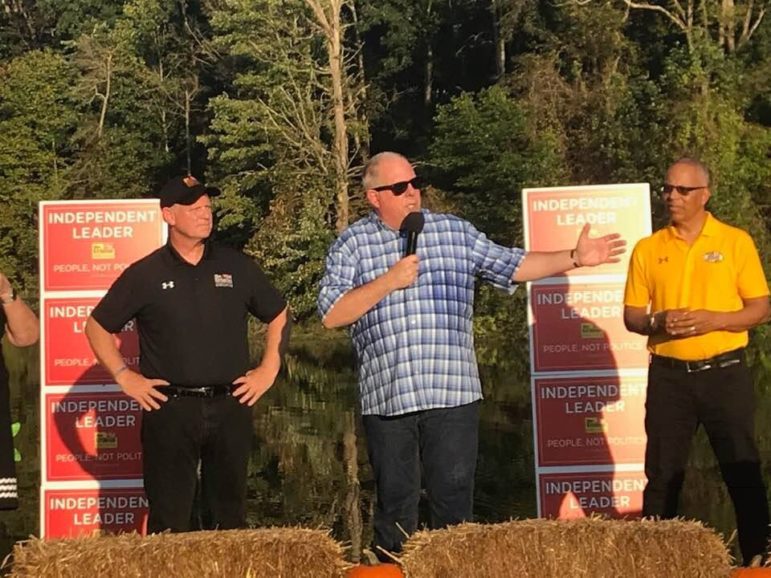 The biggest event of the weekend was the annual picnic at the Kittleman farm Sunday, with Gov. Larry Hogan as the guest speaker endorsing the executive’s re-election. Over 900 people attended. 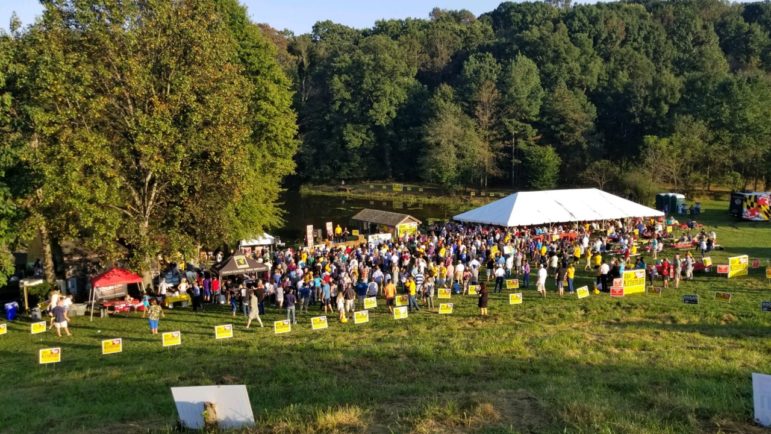 The largest crowd ever attended the annual Kittleman picnic. Photo by Beth Levine

Maryland’s General Assembly site has lots of information, but it’s hard to find