According to a new statewide Goucher College poll, Marylanders like the positions the Democrats nominee for governor, Ben Jealous, has taken on several issues. They support a $15 an hour minimum wage, they back Medicare for All health insurance, and they favor legalization of marijuana.

Yet, majorities agree with Republican Gov. Larry Hogan that Maryland taxes are too high, two-thirds think Hogan has done a good job, and is a moderate who has distanced himself from President Trump. And a majority, 54%, think the state is headed in the right direction.

Those are among the results of a poll taken this past week of 831 Maryland adults, but only 696 were registered voters, so the results are not necessarily predictive of the general election. The results of the poll pitting Hogan and Jealous head to head will be released early Wednesday.

“It’s clear why taxes are a persistent concern for voters,” said pollster Mileah Kromer, director of the Sarah T. Hughes Field Politics Center at Goucher which conducted the opinion survey. “Marylanders think they pay too much in taxes, that the tax system favors the rich, and don’t trust the state government to spend their money wisely. … But misgivings toward taxes aside, residents hold a positive outlook for their personal financial situations.”

Here is Kromer’s analysis of the poll in her own words, along with a link to the full results of the poll and its detailed methodology. Kromer says:

Residents were also asked what groups of people they think the Maryland tax system favors:

Marylanders are divided in their trust in the state government to spend their tax dollars wisely. Fifty-five percent have “no” or “a little” trust, while 42% have “some” or “a lot” of trust.

Medicare for All and the Affordable Care Act

Respondents were then asked whether they wanted Maryland elected officials to focus on “improving the way the Affordable Care Act is working for Maryland” or “adopting a statewide, single payer Medicare for All plan for Maryland.”

“Support for a state-based Medicare for All plan distinguished Ben Jealous as a candidate for governor from the rest of the field during the Democratic primary,” said Mileah Kromer, director of the Sarah T. Hughes Field Politics Center at Goucher College. “However, opinions toward adopting a single-payer health care system are nuanced.

“Marylanders do view Medicare for All favorably, but a majority still prefers that elected officials focus on improving the way the Affordable Care Act is working for Maryland.”

Marylanders have consistently given Larry Hogan good marks during his tenure as governor. Sixty-four percent of Marylanders approve of the job Larry Hogan is doing as governor, 17% disapprove, and 17% say they don’t know.

Marylanders continue to give the job performance of President Donald Trump low marks. Twenty-three percent of Marylanders approve of the job Donald Trump is doing as president and 71% disapprove.

Maryland residents were asked additional questions about Gov. Hogan, including his ideological leanings and his distance from President Trump; attitudes are consistent with the findings of the April 2018 Goucher Poll.

The majority of Marylanders—62%—support the legalization of marijuana for recreational use, and 33% oppose legalization.

Blog: David Broder’s practice of journalism is worth emulating 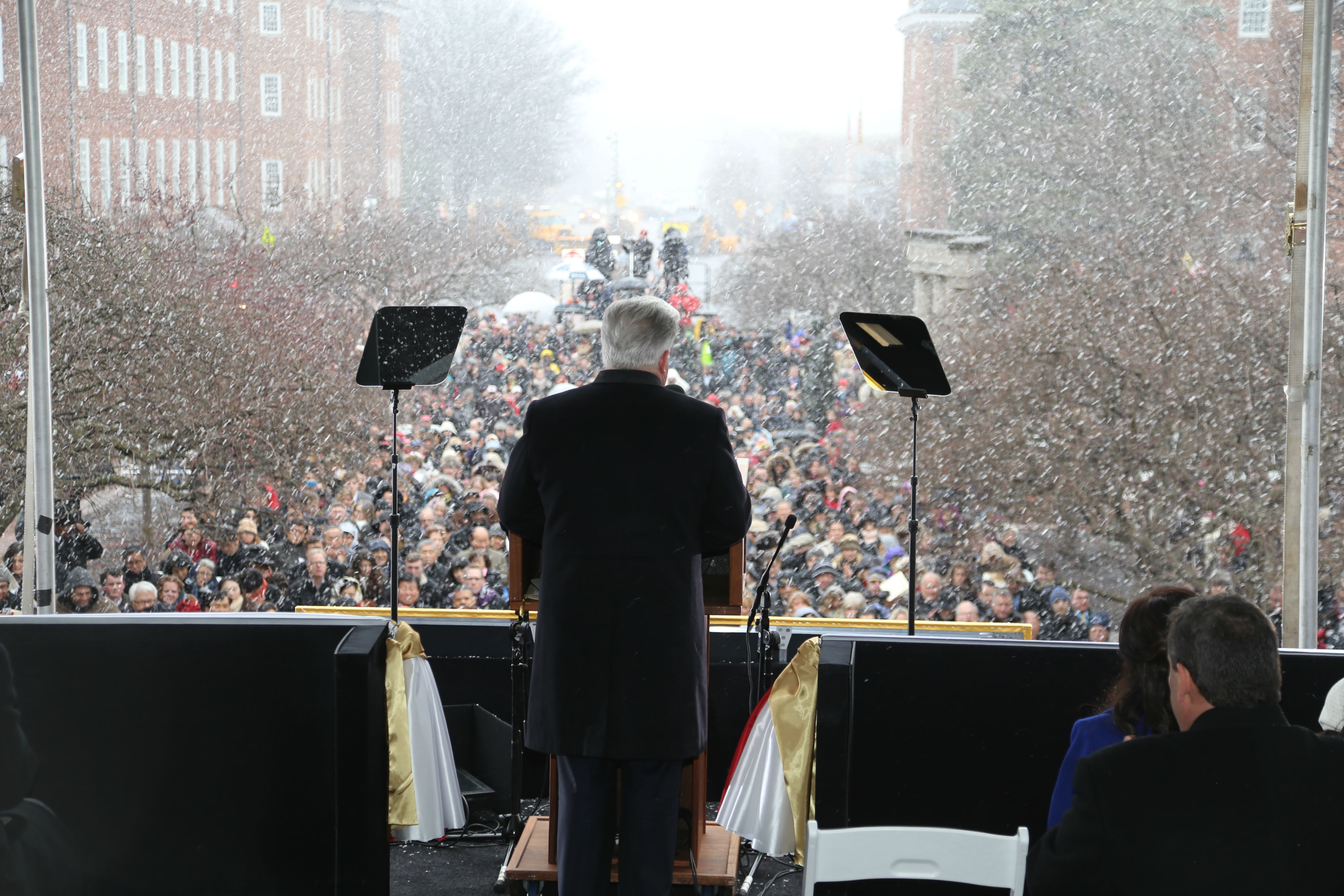