IMPACT AT THE PORT: Maryland businessowners, analysts and congressmen are paying close attention to the impact President Trump’s trade war and tariffs are having on the Port of Baltimore. Lee Connor, a freight forwarder and customs broker at the Port of Baltimore, says it’s too early to gauge the whole impact on steel, aluminum and other products could have on trade through the booming shipping hub. But already, he says, he’s seen some effects, Michael Dresser of the Sun reports.

ZIRKIN RIPS JEALOUS ON COURT COMMENT: Democratic gubernatorial candidate Ben Jealous drew fire from a leading state senator of his own party Tuesday with his call for Marylanders to vote for him, lest the state’s top court be dominated by Republican appointees, like the U.S. Supreme Court, Steve Lash of the Daily Record reports. “It is a blatant attempt to nationalize the judicial appointments issue,” said Sen.Bobby Zirkin, D-Baltimore County and chair of the Senate Judicial Proceedings Committee. “I think it’s an irresponsible thing to do.”

ON TO OCEAN CITY, MINUS JEALOUS: Thousands of state and local officials, lobbyists, policymakers, political operatives, vendors and other assorted movers and shakers are descending on Ocean City Wednesday for the annual Maryland Association of Counties annual summer conference. But for all the powerbrokers who will be showing up, attention in the runup to the event has focused on someone who won’t be there: Ben Jealous, the Democratic nominee for governor, Josh Kurtz writes in Maryland Matters.

JEALOUS CRITICIZES POLL: Democratic gubernatorial hopeful Ben Jealous sought Tuesday to discredit a recent poll that showed him trailing Gov. Larry Hogan (R) by a wide margin, telling reporters that the firm that conducted the survey failed to predict his larger-than-expected win in the primary, Bruce DePuyt of Maryland Matters writes. At the same time, he was also accepting the endorsement of U.S. Rep. Anthony Brown.

HOGAN BACKS LEAVE FOR FOR UM COACH: The AP is reportng that Gov. Larry Hogan says he supports the University of Maryland’s decision to put the football coach on administrative leave after troubling reports about the program following a player’s death. Hogan, a Republican, said Saturday he expects an investigation will be “wide-ranging and thorough.” He says if reports are confirmed, “strong and permanent corrective actions should be taken immediately.” Ben Jealous, Hogan’s opponent in the governor’s race, called for the suspension of coach DJ Durkin earlier in the day.

MORE URGE MIA TO STAY IN DOWNTOWN B’MORE: Efforts to convince the state to drop plans to move the Maryland Insurance Administration from downtown Baltimore have focused on plummeting property values, small retailers losing customers and the long-term cost to taxpayers. Adam Bednar of the Daily Record reports that Kemp Byrnes and his son, Brad, of Byrnes & Associates Inc., write that “the Biggest Losers are the poor citizens of Baltimore City and State who rely on that income from the (Downtown Management District) Real Estate property taxes to pay for Social Services.”

STATE’s HPV VACCINE SALES CAMPAIGN: In an op-ed for the Annapolis Capital, Josh Mazer, a frequent critic of public health policy, criticizes the state’s campaign to vaccinate children against HPV, writing that “the approach being used by our state to prevent HPV cancer seems to be centered on fear mongering the dangers of the disease and over selling the potential benefits of the vaccine. The entire effort seems to be more a sales campaign than a disease prevention program.”

AMONG FEWEST DRUNK-DRIVING DEATHS: Maryland is among the 10 states with the fewest alcohol-impaired driving deaths in the country, according to a recent study. The website SafeWise used 2016 data collected by the National Highway Traffic Safety Administration and the U.S. census to rank states by number of drunken driving deaths per 100,000 people. Maryland ranked 43rd with 2.59 deaths per 100,000, Christina Tkacik of the Sun writes.

HOGAN SENDS OFF SYMPHONY: There was an unusual insert in Tuesday night’s program at the Baltimore Symphony Orchestra’s send-off concert for its international tour that begins next week: A letter from Gov. Larry Hogan on official stationary wishing them the best. At the free concert for more than a thousand subscribers at Baltimore’s Meyerhoff Symphony Hall, the typically exuberant state Commerce Secretary Mike Gill also read a governor’s proclamation marking the orchestra’s first international tour in 13 years, a tour partially supported by taxpayers through the Commerce Department and the Maryland Arts Council. The world-class BSO “validates the city,” Gill said. The musicians will perform in Edinburgh, Scotland, Dublin and London, where the concert of works by Leonard Bernstein will be broadcast by the BBC TV and radio, for later broadcast on U.S. public television. MarylandReporter.com

FREDERICK DEMS RANK HIGHER: Frederick County Democrats in Annapolis received substantially higher ratings in public interest votes than their Republican counterparts during this past legislative session, according to a legislative scorecard from the Maryland Public Interest Research Group. MaryPIRG, a nonpartisan group that monitors the voting records of Maryland’s state legislators, released its legislative scorecard for the 2018 legislative session, tracking votes from each state representative on seven issues deemed key to the public interest, reports Allen Etzler for the Frederick News-Post.

RACIST FLYER: A flyer comparing Baltimore bus riders to apes and encouraging the cutting of what it called the “Ghetto Bus Line” to White Marsh Mall drew boycott threats online — and swift condemnation from mall officials, Colin Campbell of the Sun reports. “Inner City Youths Riot at White Marsh Mall,” the flyer says. “Stop the Ghetto Bus Line! Keep the Uneducated, Loud, Rude, Wild Animals in the City where they belong!” Its appearance follows calls by two Baltimore County Council members for reductions in late-night service to the mall, after a recent fight in the parking lot. The county executive has refused to ask for the change from the MTA.

MARYLAND VISITOR BARRED FROM U.S.: Arelis Hernandez of the Post reports that Michelle Nicoll Gutierrez has traveled frequently from her home in Mexico to visit her aging mother and stepfather in Maryland, never overstaying her tourist visa and always returning home to her husband and their travel agency and rental-property business. But U.S. Customs and Border Protection agents denied her entry earlier this month at George Bush Intercontinental Airport, revoking her visa and barring her from the United States for five years. 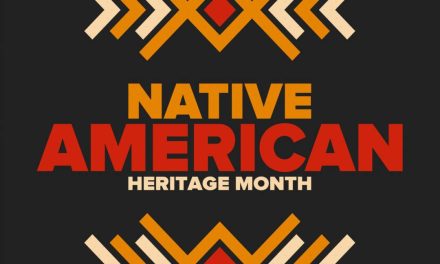