UM STUDENTS PUSH FOR COUNSELING: A student-initiated campus-wide movement spurred the University of Maryland recently to designate additional resources and services to its counseling center, writes Kaanita Iyer in Maryland Matters.  The #30DaysTooLate campaign, led by Scholars Promoting and Revitalizing Care, aimed to raise awareness of delays in appointments — many students have waited 30 days or more to see a counselor — and push the administration to make mental health a priority.

BAKER GOT WHAT HE WANTED, AND MORE: Prince George’s County Executive Rushern Baker took the bold step five years ago of asking state lawmakers to make him responsible for the county’s educational system. The legislature gave him authority to pick the schools chief and make other key decisions. As Baker makes a run for Maryland governor, his critics are lambasting his schools chief and highlighting scandals and allegations to counter Baker’s claim that the schools have improved significantly since he took a stepped-up role, Ovetta Wiggins of the Post reports.

ON MONTGOMERY’s EXEC CANDIDATES: For the first time in 12 years, there won’t be an incumbent on the June primary ballot for Montgomery County executive: Term limits approved by voters in 2016 prohibited County Executive Ike Leggett from seeking re-election (although he probably wasn’t going to run anyway). Bethesda Magazine contributing editor Louis Peck recently conducted in-depth interviews with the six candidates, exploring their views on and approaches to a wide range of issues facing the county.

THE TRONE FACTOR: If it weren’t for a certain liquor magnate pouring millions of dollars from his personal fortune into his campaign, two state lawmakers from Montgomery County — Sen. Roger Manno and Del. Aruna Miller — would likely be running well ahead of the pack in the Democratic primary for the House seat being vacated by U.S. Rep. John Delaney, writes Bruce DePuyt in Maryland Matters.  David Trone, who ran a strong race in the neighboring 8th District in 2016, finishing second behind now-Rep. Jamie Raskin, has decided to have another go at it, this time in a district where his rags-to-riches story and background in business, not unlike Delaney’s, may prove to be an asset.

MOSBY DUCKS DEBATES: The time was set. The hall reserved. But was she coming? Nope. Baltimore State’s Attorney Marilyn Mosby declined the invitation to debate her two primary challengers before law students this month. After the city’s chief prosecutor declined, another candidate dropped out. The students canceled. With the June 26 primary election approaching, Mosby’s two Democratic challengers, Ivan Bates and Thiru Vignarajah, have grown frustrated as they watch time running out on their chance to publicly confront her, reports Tim Prudente in the Sun. 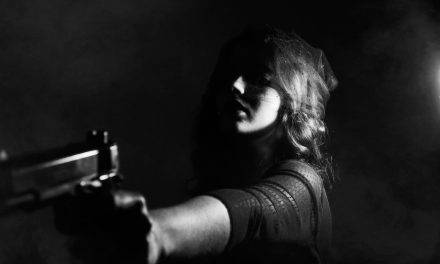