SCHOOL SAFETY BILLS: Tuesday’s shooting at a high school in southern Maryland has given new urgency to a package of school-safety bills that were proposed in the General Assembly after a deadly rampage in Parkland, Fla., and will be the focus of hearings today and Friday, report Rachel Chason and Ovetta Wiggins in the Sun. “If we didn’t take a crack at this, then we would be derelict in our duty,” said state Sen. Stephen M. Waugh (R-St. Mary’s) who drafted the four bills and whose district includes Great Mills High School, where the shooting took place. “If not us, who? And if not now, when?”

LOCAL PROJECTS IN CAPITAL BUDGET: The Maryland Senate passed the capital budget Wednesday morning, approving changes that increase funding by about $2.6 million for projects in Anne Arundel County and organizations such as The Arc of the Central Chesapeake and the Light House Bistro and Culinary Training Center, Chase Cook of the Annapolis Capital writes.

OPERATING BUDGET: The House is set to vote today on the $44.5 billion operating budget. It voted Wednesday to make dozens of changes recommended by the House Appropriations Committee. Many changes involve restricting spending in various areas until the General Assembly’s budget committees get reports on how the money is spent, Tamela Baker reports for the Hagerstown Herald-Mail.

SCHOOL CONSTRUCTION BILL TARGETS FRANCHOT: Sweeping changes to how state school construction funding is approved would take power and the bully pulpit away from the governor and comptroller under a bill being considered in the House of Delegates, writes Bryan Sears for the Daily Record. Changes to a bill meant to streamline and modernize a sometimes labyrinthine process by which the state Interagency Committee approves and funds hundreds of millions of dollars of construction projects statewide suddenly turned political, according to some. The Democratic chair of the House Appropriations Committee agrees but said it’s in response to a member of her own party — Comptroller Peter Franchot.

HOGAN SUPPLEMENTAL EYES FOES: Gov. Larry Hogan appears to be beating the political drum louder this legislative session with nearly eight months still to go till the Nov. 6 general election – all while preaching the gospel of “bipartisanship.” A day after lashing out at the Democrat-controlled General Assembly for failing to act fast enough on his school safety legislation introduced just two weeks ago, Hogan released a $2.6 million supplemental budget Wednesday to pay for new audits and state oversight of local school spending and operations. The “accountability” proposal by Hogan appears to target at least one possible opponent in the governor’s re-election bid, William Zorzi writes for Maryland Matters.

CELLULAR EQUIPMENT BILL PULLED: A Maryland lawmaker has withdrawn a bill that could have significantly curtailed local authority over where new cellular equipment structures may be installed in residential areas and what they may look like, Katherine Shaver of the Post is reporting. Wireless companies and local officials said they will continue to try to negotiate a way to boost Internet speeds, particularly in cities and densely populated suburbs, without creating potential eyesores close to homes.

LEAD PAINT LANDLORDS: Doug Donovan of the Sun writes that eviction courts could take on a greater role in the decades-long effort to prevent lead poisoning under a pending bill in the Maryland Senate that would allow judges to toss out eviction requests from landlords who can’t prove their properties are safe from the hazardous paint.

PRISON PREGNANCY POLICIES: Legislation to require state and local prisons to have written policies regarding pregnant inmates’ medical care has passed the Senate and House of Delegates and appears headed to Gov. Larry Hogan’s desk pending additional, procedural votes. Opposition to the measure has been from conservative lawmakers and based in large part on a provision that would require the written policies to address access to abortion care, including information about providers and transportation. The bill also would require the policies to address access to child-placement resources, including adoption and foster care.

E-Z PASS FINES: A bill bringing possible relief to Maryland motorists who face thousands of dollars in fines from unpaid E-ZPass tolls passed the Senate unanimously last Thursday and gets a hearing in a House committee next week, reports Glynis Kazanjian for MarylandReporter. Bill sponsor, Sen. Roger Manno, D-Montgomery, made fixes to his bill that died last year in committee, conforming it to a bill that passed the House last year.

SUNDAY HUNTING: In a commentary for the Cumberland Times News, outdoorsman and journalist Michael Sawyers urges the General Assembly to not impede progress already made when it comes to Sunday hunting. The legislature decides county by county on the rules. So, the Department of Natural Resources cannot simply decide to have Sunday hunting in a county where it does not exist, the way the agency can change a hunting season date or the number of animals in a bag limit. What has resulted is a hodge-podge of Sunday hunting across Maryland. Hunters in Garrett and Allegany county have it pretty good because of bills that became law.

NOT SO SAFE HOUSE: Prince George’s County and the state of Maryland have bankrolled a problem-plagued safe house for abused women for nearly four decades, relying on the nonprofit group that runs the facility despite repeated complaints about substandard services and decrepit conditions. Government officials say they have little control over the Safe Passage shelter — the only one for abused women and their children in Prince George’s — because it is privately operated, reports Rachel Chason and Arelis Hernandez in the Post.

SOUR NOTES: An effort to repeal Maryland’s state song will fall short for at least the eighth time in the last 45 years. All that’s left, following lengthy committee and floor debate, and amendment, is a timid recasting of “Maryland, My Maryland” as the state’s “historical song,” Bruce DePuyt of Maryland Matters writes. “It’s a compromise,” Senate President Mike Miller acknowledged. “Nobody is happy.” 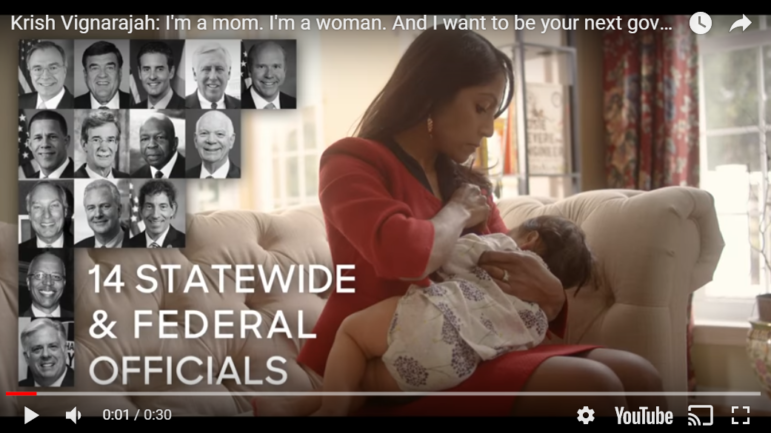 BREAST-FEEDING CANDIDATE: Democrat Krish Vignarajah released the first video ad of her campaign for Maryland governor on Wednesday with a provocative image new to state politics: The candidate breastfeeds her infant daughter as she emphasizes the need for more mothers and women in state leadership, Erin Cox reports in the Sun. The 30-second online campaign ad opens with Vignarajah dressed in business attire and breastfeeding her 9-month-old daughter, Alana O’Mara.

GOLD STAR DAD STUMPS FOR KAMENETZ: Khizr Khan, the Gold Star father who made national headlines when he criticized then-candidate Donald Trump during the 2016 Democratic National Convention, is set to appear at a gubernatorial campaign event next week for Baltimore County Executive Kevin Kamenetz. Khan is the father of U.S. Army Capt. Humayun Khan, who was killed in Iraq in 2004, Alison Knezevich of the Sun writes.

POLITICIANS TO ‘MARCH FOR OUR LIVES:’ Josh Kurtz in his Political Notes column for Maryland Matters writes about the Vignarajah ad and also that David Trone, candidate for U.S. House, is providing free bus service from Montgomery and Frederick counties to the March for Our Lives on Saturday. 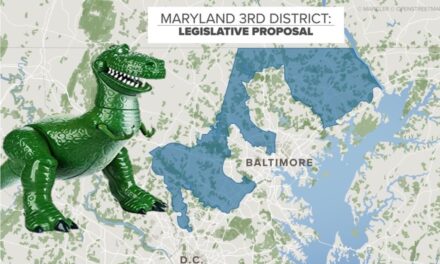