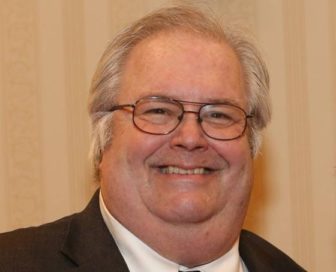 SEN. NORMAN, 62, DIES: Sen. H. Wayne Norman Jr., a first term Republican representing Harford and Cecil counties, has died suddenly. He was 62. Bryan Sears of the Daily Record reports that details of Norman’s death were not immediately available, according to a spokesman for Maryland Senate President Mike Miller, whose office confirmed the death.

HOGAN, DEMS BACK METRO FUNDING BILL: Gov. Larry Hogan (R) and the Democratic-controlled legislature came together Friday to support a bill that would give Metro permanent, additional funding of $150 million a year on condition that Virginia and the District contribute the same or more, Robert McCartney of the Post reports.

HOGAN PUSHES NATURAL GAS: A year after Maryland banned the controversial natural gas harvesting technique known as fracking, Gov. Larry Hogan is pushing to connect more homes in the state to gas lines, sparking a new battle over the fuel, Scott Dance of the Sun reports. Hogan, who signed last year’s law, wants to require a Canadian energy company to invest more than $100 million in Maryland, including money to establish a program to make natural gas the primary energy source for more homes in the state.

BIPARTISAN CRIME BILL ON TRACK: The Maryland Senate is on track to pass a bipartisan crime bill that supports much of Gov. Larry Hogan’s proposal to combat street violence while softening the Republican’s call for mandatory minimum sentences and a crackdown on gangs, Michael Dresser of the Sun reports.

SAFE STREETS EXPANSION: The Maryland House of Delegates on Friday passed a bill to fund the expansion of Safe Streets, an anti-violence program that has reduced shootings and homicides in some Baltimore neighborhoods, writes the Sun’s Scott Dance. The bill was named in honor of Tyrone Ray, the grandson of Del. Talmadge Branch who was killed in a Labor Day shooting. Ray was the 239th homicide victim in 2017, a year with 342 homicides in Baltimore — the highest per-capita rate on record.

BILL WOULD BAN ARBITRATION CLAUSE: With the rise of the #MeToo movement and heightened awareness about sexual harassment in the workplace, the General Assembly is weighing bills that would outlaw provisions in an employment contract or policy waiving the right to a legal remedy for sexual harassment claims, Anamika Roy of the Daily Record writes. Forced arbitration agreements and nondisclosure agreements employees may have to sign when accepting a job force those who are sexually harassed to forgo their rights to a formal legal proceeding, Del. Kris Valderrama said.

KAGAN CLAIMS HARASSMENT: Maryland state senator and a former lobbyist went public Friday with allegations of sexual harassment, becoming the first women since the #MeToo movement began to publicly name men connected to the State House — a current lawmaker in one case and a lawmaker turned lobbyist in another — who they say touched them inappropriately, Ovetta Wiggins of the Post reports. Both men denied the allegations.

EVICTION BILL UNITY CRUMBLES: Despite a history of fierce feuding, landlord and tenant advocacy groups set aside their differences last year and united behind legislation to reform the eviction process in Maryland. The bill failed in the legislature. Yet the landlords, tenants and judges who brokered the compromise praised each other for agreeing to specific fixes, and hoped it might fare better this year. But the common ground they found last year is now once again a battleground, Doug Donovan writes in the Sun.

HALFWAY THROUGH: On Sunday the Maryland General Assembly passed its halfway mark. In the regular working world, this means that work is about halfway done. But for Maryland lawmakers, it means it’s time to pick up the pace, writes Chase Cook for the Annapolis Capital. Cook then looks at the state of a number of bills put forth by Arundel lawmakers, most of which are stuck in committee.

TARGETED TAX HIKES IMPROVE PUBLIC HEALTH: Researchers from Johns Hopkins University want lawmakers to use tax increases as a strategy to improve public health after a study they conducted showed declines in alcohol and tobacco usage when Maryland raised taxes on both, Glynis Kazanjian reports for MarylandReporter.

***WHERE DOES MARYLAND’S MILK COME FROM? When you grab a gallon of milk from the shelves of your local grocery store, do you  wonder where it came from? According to the Maryland Department of Agriculture, the number of Maryland dairy farms has steadily declined since the 1980s. And, the USDA says that the dairy cow herd has been thinning 1,000 head a year since 2007. Read more about supporting Maryland’s dairy industry. SPONSORED CONTENT***

INSURANCE ADMIN WEBINARS: The Maryland Insurance Administration, in an attempt to let residents of the state know about what it can do for them, will hold a series of free webinars with a special focus on addiction and mental health issues, John Kelvey writes for the Carroll County Times. The next webinar is on Wednesday.

DELEGATES HONORED FOR BIPARTISANSHIP: Del. Sally Jameson (D-Charles) was recently recognized by her colleagues in the Maryland House of Delegates for her efforts to encourage bipartisanship throughout her 16 year career representing Charles County and Southern Maryland in Annapolis. Paul Lagasse of the Maryland Independent reports that Jameson and Del. Wendell R. Beitzel (R-Garrett, Allegany) were both presented with the Charles McC. Mathias Jr. Award, which is bestowed in the fourth year of an election cycle to one Democrat and one Republican who both exemplify “a willingness and ability to reach across the aisle to serve the needs of the people of Maryland.”

STATE’s ATTORNEY CANDIDATE FILLS DATABASE GAP: Baltimore state’s attorney candidate Thiru Vignarajah posted a database of police officers’ names online Saturday after they were removed from a public website last week. Jessica Anderson of the Sun reports that Vignarajah’s campaign created the database after the Maryland Judiciary removed the names of police officers and other law enforcement authorities from the state’s searchable public online court database, citing safety concerns. Vignarajah, other attorneys and journalists have criticized the removal of the names.

EPA RESTORES BAY JOURNAL FUNDING: The U.S. Environmental Protection Agency on Thursday announced plans to restore grant funding to the Bay Journal, ending a six-month controversy over its abrupt decision last fall to terminate the paper’s support, the paper is reporting. The Bay Journal has reported on issues related to the Chesapeake Bay cleanup for more than 25 years. “We are pleased that the EPA has recognized the contribution the Bay Journal has made for more than 27 years in informing the public about the Chesapeake Bay,” said editor Karl Blankenship.

CANDIDATE DUSTUP: District 18 delegate candidate Helga Luest said Del. Jeff Waldstreicher (D-Kensington) suggested she drop out of her Democratic primary and instead run for state Senate, ostensibly to split the vote in Waldstreicher’s favor as he runs for state Senate, Ryan Miner of a Miner Detail blog writes. She said that once Waldstreicher became aware that she reached out to a journalist to share her story, Waldstreicher called her and told her she needed to “reframe” what happened as a joke.” “It’s not a joke, that’s not how I took his suggestion, and I felt his call was intended to further intimidate and silence me,” Luest wrote.

INFORMANT NAMED: A key aide to two Baltimore County executives took at least $22,000 in bribes before becoming an FBI undercover informant under a plea agreement and an integral part of a wide-ranging probe of Maryland political corruption that caught State Sen. Nathaniel T. Oaks in its net, court records show, Bill Zorzi reports in Maryland Matters. Robert J. Barrett, once a high-level official in the county administrations of C.A. “Dutch” Ruppersberger and James T. Smith Jr., pleaded guilty in September to just one count of filing a false income tax return, in return for agreeing to work for federal investigators in their corruption investigation, records show.

DEM SEEKS DISTRICT 29 SENATE SEAT: Democrat Thomas Brewer will breeze through the June primary to challenge the Republican candidate to represent St. Mary’s County and southern Calvert in the Maryland Senate in November, Jason Babcock reports for the Calvert Recorder. The District 29 seat is currently held by Sen. Steve Waugh (R-St. Mary’s, Calvert), who has two Republican challengers in the primary election. “I’m certainly not like other politicians,” Brewer said, who called himself “independently minded.”

RASKIN TOUTS MADALENO: U.S. Rep. Jamie Raskin (D) offered state Sen. Richard S. Madaleno a full-throated endorsement this weekend, describing him as someone who should excite progressive voters in this year’s Democratic gubernatorial primary, Bruce DePuyt of Maryland Matters writes. Raskin’s is the first major endorsement Madaleno has received – and was buttressed by endorsements from more than two dozen other current and former elected officials from Madaleno’s home base, Montgomery County.

‘GROUND FLOOR’ POLITICS: Fern Shen of Baltimore Brew takes a close look at a movement in Baltimore City to begin to engage new politicians on the ground floor central committee level and introduce the public to them.

U.S. REP. HARRIS’s ODD SUPPORT: Sun columnist Dan Rodricks writes that residents of Maryland’s 1st Congressional District might wonder why their representative, the conservative Republican Andy Harris, would support a European political leader who wants to turn what remains of his country’s once-promising post-Soviet democracy into something like Vladimir Putin’s Russia.

SEN. CARDIN UPDATES ISRAEL BOYCOTT BILL: Sen. Ben Cardin released an updated version of a controversial bill Saturday that is intended to prohibit businesses from taking part in international efforts to boycott Israel, John Fritze of the Sun reports. The bipartisan bill attempts to limit participation in the boycott, divestment, and sanctions movement, a global campaign intended to pressure Israel into withdrawing from occupied Palestinian territory in Gaza and the West Bank. But the legislation drew sharp criticism from the ACLU and other groups last year, who described it as a threat to free speech.

PANHANDLING IN MO CO: Montgomery County Council member Craig Rice (D-District 2) recently introduced a bill that would make soliciting vehicles from roadways and medians a Class C violation in Maryland’s most populous jurisdiction. Jennifer Barrios of the Post writes that some Maryland jurisdictions allow roadway solicitation; others, such as Frederick County, prohibit it. Robert Drummer, senior legislative attorney for the Montgomery County Council, called the idea of issuing permits “probably impractical because of the First Amendment.”

BIG CHANGES IN ARUNDEL COUNCIL: The Anne Arundel County Council will look much different in 2018, writes Chase Cook in the Annapolis Capital. Only three of the council districts have incumbents running, with the other four councilmen leaving office because of term limits. This means a majority of the council will be new after the 2018 elections.