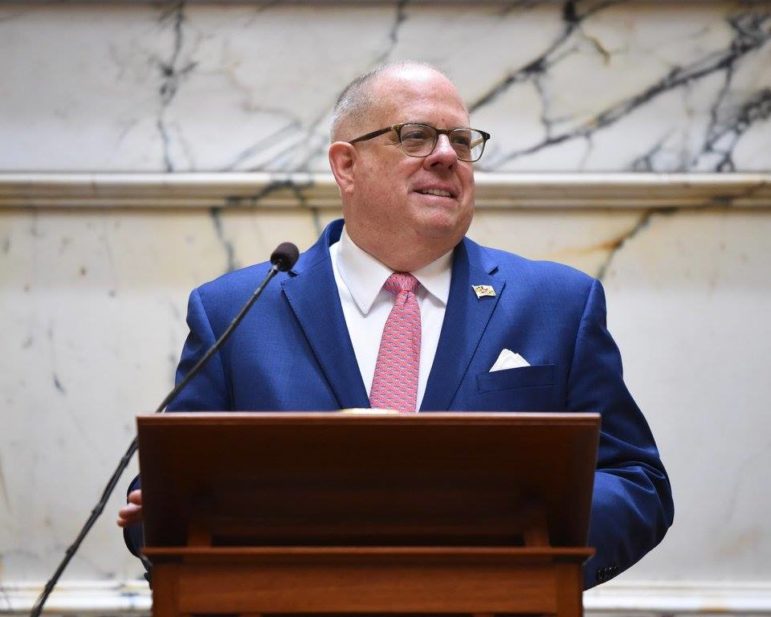 STATE OF THE STATE: Gov. Larry Hogan talked a lot about bipartisan cooperation in his State of the State address to the General Assembly Wednesday. Democratic legislators say it was mostly talk, reports Len Lazarick for MarylandReporter. There is little evidence of real give and take on some of the most divisive issues between the second floor of the State House where the governor and his staff have their offices, they say, and the first floor chambers where the legislators meet.

FACT-CHECKING: Michael Dresser of the Sun writes that in his fourth State of the State speech Wednesday, Gov. Larry Hogan made some bold assertions. Some withstood scrutiny well, others less so.

HOGAN STAYS #2: Gov. Larry Hogan remains the second most popular governor in America after Gov. Charlie Baker in Massachusetts, according to the latest ranking by Morning Consult polling based on surveys with 253,393 registered voters nationwide conducted online from Oct. 1 through Dec. 31. Hogan had 66% approval, 18% disapproval and 17% had no opinion or didn’t know. The least popular governor in America’s continues to be Chris Christie in New Jersey where only 19% approve of the job he’s done and 76% disapprove.

RAPISTs’ PARENTAL RIGHTS BILL HEADS TO HOGAN’s DESK: Legislation to enable courts to strip parental rights from a mother or father who conceived the child through non-consensual intercourse will head to the governor for his signature, Steve Lash reports for the Daily Record. The House of Delegates passed the legislation Wednesday, a day after the Senate gave its approval to the measure.

INSURANCE RATE-SETTING: State legislators will seek a deeper understanding of what goes into the insurance rate-setting process as the legislature this year tackles high health insurance premiums on the individual market, Tim Curtis reports for the Daily Record. Bills heard in the House Health and Government Operations Committee and Senate Finance Committee Wednesday would change what factors the Maryland Insurance Commissioner must look at when considering rates.

WOMEN’s HYGIENE PRODUCTS: A bill introduced to the General Assembly this week would help incarcerated women access more and higher-quality menstrual hygiene products, the lack of which advocates say is a frequent problem in Maryland prisons. Senate Bill 598 would require Maryland prisons and jails to provide quality sanitary pads and tampons to female inmates on demand and without cost, reports Cameron Dodd for the Frederick News-Post.

KUSHNER ACT: Ovetta Wiggins of the Post writes about the proposed Jared Kushner Act, a bill that is intended to stop judges from ordering the arrest of tenants who owe their landlords up to $5,000 in unpaid rent. “It’s like being jailed because you’re poor,” said Del. Bilal Ali (D-Baltimore City), the bill’s sponsor.

PARKS FOR GARRETT: Gov. Larry Hogan has requested more than $8 million in his proposed 2018-19 budget for municipal and state park improvement projects in Garrett County, according to Sen. George Edwards. Renee Shreve of the Garrett County Republican writes.

DELANEY CAMPAIGN SPOT: In his political notes column, Josh Kurtz of Maryland Matters writes that the first ad of the 2020 presidential election cycle is courtesy of Rep. John K. Delaney (D). The 30-second spot jokingly warns that Delaney is using a dirty word as he campaigns throughout the Hawkeye State: Bipartisanship. It then shows clips of him uttering the offending word a few different times on the campaign trail.

CARSON WARNED ON CONFLICT: Housing and Urban Development Secretary Ben Carson, a former Johns Hopkins surgeon, allowed his son to help organize an event in Baltimore last year even though department lawyers warned that it created the appearance of a conflict of interest, reports John Fritze in the Sun.