VOLATILE MIX OF LEGISLATING, ELECTIONS: The Maryland General Assembly will convene for the 438th time at noon today, undertaking a crowded agenda in the shadow of election-year campaigning, Erin Cox and Scott Dance of the Sun report. During the 90-day lawmaking session, legislators are expected to debate funding children’s health insurance, reducing Baltimore crime, and rewriting the state’s tax code. The article is topped by a short video outlining even more issues expected to crop up.

HOGAN PICKS TWO FIGHTS: Gov. Larry Hogan is proposing term limits for the General Assembly and live video streaming of all of the legislature’s deliberations, reforms he said are needed to reduce partisanship, gerrymandering and corruption. “Our founding fathers never envisioned professional politicians who spend their entire careers in office,” Hogan said. “It has led to out-of-control partisanship.” He also said Maryland is among only seven states that does not offer residents live video streams of all legislative deliberations. The General Assembly broadcasts audio of its floor debates and video of most committee hearings, Scott Dance of the Sun reports. The article is topped by a video of Hogan’s announcement.

VISION BATTLE: Democrats in the legislature and Republican Gov. Larry Hogan will square off one more time in the last 90-day session before the 2018 election. Each side will likely look to make the case to voters about whose vision is best for Maryland, writes Bryan Sears in an analysis for the Daily Record. The battle to establish whose vision for Maryland is superior will be a mulligatawny soup of issues ranging from funding schools, the budget, legislative ethics, marijuana policy, violent crime in Baltimore and legislative efforts to strip rapists of parental rights.

HARASSMENT COMMISSION TO BE FORMED: Maryland’s top lawmakers will form a commission to strengthen the General Assembly’s policy on sexual harassment, examining ways to prevent misconduct and how best to handle complaints, Senate President Mike Miller (D-Calvert) said Tuesday. Ovetta Wiggins of the Post reports that the Women Legislators of Maryland caucus created a panel over a year ago to look into how the legislature deals with harassment. It was unclear whether the commission and the women’s caucus will work together.

HEALTH INSURANCE MANDATE: Maryland lawmakers, worried about skyrocketing insurance premiums, have proposed creating a state-level individual mandate — and using fines levied on the uninsured to help put more people on the insurance rolls, Erin Cox of the Sun reports. Last month, congressional Republicans repealed the federal individual mandate at the heart of the Affordable Care Act. Now that it’s going away, a coalition of Democratic state lawmakers say the best solution is to have the uninsured pay Maryland a fine that would be used as a “down payment” on health insurance coverage on the state’s exchange.

TAKING ON TAXES: One of the biggest fights may be over taxes, reports Rachel Baye for WYPR-FM. “The top my list is we have to first of all sit down and dissect the federal tax bill and how it affects the state of Maryland,” said House Speaker Michael Busch. The Comptroller’s office is crunching the numbers to determine exactly what the new tax law looks like for Maryland. At a Board of Public Works meeting last month, Gov. Larry Hogan said some residents will see higher taxes, others will see lower taxes.

KIRWAN COMMISSION POLICY IDEAS: The Commission on Innovation and Excellence in Education, which released its preliminary report on revamping education in Maryland on Monday, framed its recommendations around five policy ideas: improving early childhood education, increasing quality in teachers, providing more resources for at-risk students, more effective governance and accountability standards, and more pathways for college and career readiness, reports Allen Etzler for the Frederick News-Post. (This was actually a draft of the report, which will be officially released next week after some minor tweaking.)

MORE SEEK OAKS’ RESIGNATION: As more politicians called for state Sen. Nathaniel T. Oaks to resign, Maryland Senate President Mike Miller said he plans to refer federal charges against Oaks to the General Assembly’s Ethics Committee — a move that could be the first step in Oaks’ removal, writes Luke Broadwater in the Sun. “I would imagine the ethics committee will begin meeting on the subject sometime next week,” Miller, a Democrat, said Tuesday.

CANDIDATE HOEBER PRAISES TRUMP ON KOREAS: Republican congressional candidate Amie Hoeber believes President Donald Trump’s decision to threaten North Korean leader Kim Jong Un with a bigger “nuclear button” on Twitter earlier this month sparked critical inter-Korean dialogue, Heather Wolford of the Cumberland Times-News reports. “I think the administration’s combination of being aggressive and being in favor of talks is exactly what has led to the current talks between North and South Korea,” Hoeber said Tuesday. 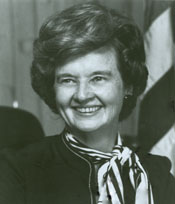 EX-REP. MARJORIE HOLT DIES: Marjorie S. Holt, the first Republican woman from Maryland to be elected to Congress, who represented Anne Arundel and Prince George’s counties in the state’s 4th Congressional District, died Sunday at her Severna Park home. She was 97, Jacques Kelly of the Sun reports. “Marjorie was a trailblazer for women in politics in this area,” said Robert R. Neall, the recently sworn-in Maryland health secretary and a former Anne Arundel County executive. “She was first and foremost a lady, and she served with dignity and honor. … One of her secrets was that she provided superlative constituent service.” 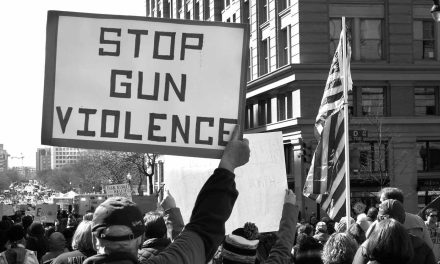