HOGAN’s POLL NUMBERS STAY UP: Gov. Larry Hogan continues to soar in a new poll of Maryland voters released Tuesday, while President Donald Trump’s number remain in the dumps, reports Michael Dresser in the Sun. According to Annapolis-based Opinion Works, a survey taken in late October and early this month shows that 67% of Maryland voters approved of the Republican governor’s performance in office, while only 22% disapprove. Meanwhile, 63% disapprove of the job Trump is doing, with more than half saying they disapprove strongly. Only 34% approve.

VA BACKS METRO PROPOSAL: Robert McCartney and Martine Powers report that a proposal to replace the Metro board with a smaller panel drew bipartisan support from Virginia officials and regional business leaders Tuesday, but Maryland raised legal concerns and the District said it would support the plan only if combined with a regional sales tax or other dedicated funding for the agency.

DEL. HIXSON WON’T SEEK RE-ELECTION: Del. Sheila Hixson (D), a trailblazer for women in Annapolis and a savvy lawmaker with a long list of legislative accomplishments, announced Tuesday night that she will not run for re-election, Josh Kurtz reports in Maryland Matters. He also writes that there’s a new nonprofit organization called the Indian American Impact Fund that will focus on electing Indian-American candidates for political office and the Gay and Lesbian Victory Fund on Tuesday endorsed state Sen. Rich Madaleno (D) for governor.

SILENCE ON KIRWAN COMMISSION DELAY: Towson associate professor Jessica Shiller, in an op-ed in Baltimore Brew, writes that that the Kirwan Commission delay on offering a report on school funding inequities has gotten little push back from outside of Baltimore. “In truth, what the Kirwan Commission lacked was not time or higher math skills, but public support for changes everyone knows will be unpopular outside of Baltimore – especially on the eve of statewide elections next year,” she writes.

FISHERIES FIGHT: Joel McCord of WYPR-FM reports on a fishing tug of war within the Atlantic States Marine Fisheries Commission that occurred in Linthicum over over-fishing of menhaden that has drawn in a corporation from Virginia and environmentalists and anglers working to save the Chesapeake Bay and the striped bass within it.

***HELP THE BAY AND MARYLAND’S WATER QUALITY: Farmers are having a moment right now. It seems like everyone is in love with the romance of farming and the seemingly simple life it promises. Beyond the romantic soft-focus photos you see of neat rows of crops and fiery sunsets, Maryland farmers want you to know there’s hard work and a lot of unromantic paperwork involved in their job. And sometimes, they get frustrated for being blamed for troubles with the Chesapeake when they have done so much to reduce their environmental impact. Here are five ways you can make a difference. SPONSORED CONTENT***

PROGRESSIVE PUSH: Ellicott City Democrat Dan Medinger is running for the Maryland House of Delegates in District 9B. He writes in a column for Maryland Matters, “People are seeking progressive change in Annapolis and now is the time for new candidates, like myself, to become the leaders who will bring fresh, practical ideas to the table.” 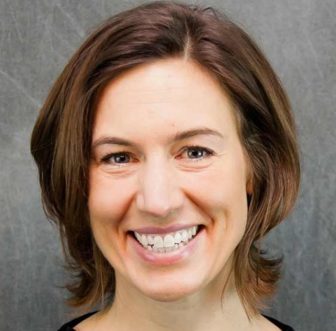 NEW HOWARD CO. SENATE CANDIDATE: Democrat Katie Fry Hester,  Americas Director of The Partnering Initiative. announced Monday night she is running for the state Senate in District 9, currently represented by Republican Gail Bates. In her speech and campaign website, Hester is emphasizing education, health care and environment. Sen. Guy Guzzone, who has become the most visible Democratic leader in Howard County, said the race will be difficult but doable, requiring at least $100,000. District 9 now includes western Howard County, Ellicott City and a small part of Carroll County. It has been represented by Republicans for 30 years, most recently by Bates, Allan Kittleman and his father Bob, and Chris McCabe.  Len Lazarick, MarylandReporter.com

EX-STATE LEGISLATOR, HAGERSTOWN COUNCILMAN RESIGNS: Hagerstown City Councilman Donald F. Munson has resigned, citing health issues as the reason for his decision to step down in his second term on council, Dave McMillion of the Hagerstown Herald Mail reports. Munson was a member of the Maryland House of Delegates for 16 years and a member of the Maryland Senate for 20 years.

WA CO ETHICS PANEL MEETS OVER COMPLAINTS: Julie Greene of the Hagerstown Herald-Mail reports that the Washington County Ethics Commission is expected to meet this morning to hear from parties involved in three ethics complaints. Commissioner Jeff Cline said he is to meet with the panel regarding a complaint the commissioners filed against him, alleging he leaked confidential information. Political blogger Ryan Miner posted on his “A Miner Detail” blog on Tuesday a copy of a letter from the ethics commission stating the panel will hear any information he has regarding complaints Miner filed against Commissioners President Terry Baker and County Administrator Rob Slocum.

PEROUTKA ON RE-RELEASED MOORE LETTER: Anne Arundel County Councilman Michael Peroutka’s name has been listed on a letter of support re-released after U.S. Senate candidate Roy Moore from Alabama was accused of pursuing teenage girls — one as young as 14 — during his time as a district attorney, writes Chase Cook for the Annapolis Capital. Peroutka’s name is listed with 50 other pastors in a letter recycled from the Alabama primary and Moore’s campaign website.