DISABILITIES ADMIN TO REVAMP BILLING SYSTEM: Following highly critical state and federal audits of billing practices that go back years, the Maryland Developmental Disabilities Administration released a report Friday outlining how it will revamp its billing system, reports Meredith Cohn for the Sun. The state General Assembly ordered the agency, part of the state Department of Health, to develop and implement a new system to distribute federal and state funds during the legislative session in 2014. The resulting report represents the first attempt to overhaul the rate structure in at least two decades, the agency said. 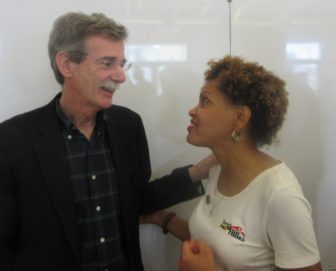 FROSH ON TRUMP: Democratic Attorney General Brian Frosh was the keynote speaker for first-term Del. Terri Hill’s kickoff of her re-election bid in Ellicott City Saturday. Hill said “One of the things we’re proudest of was we gave our attorney general the power to sue the federal government.” Frosh thanked the legislature for giving him “the authority to sue Donald Trump,” whom he called “lawless, self-interested, racist, and a liar,” among other things. Along with other Democratic attorneys general around the country, Frosh has sued the Trump administration 17 times over issues such as Muslim immigration and health care. But Frosh singled out his suit of Trump personally with the D.C. attorney general over taking the profits of Trump Hotel on Pennsylvania Ave. in the federally owned Old Post Office. “He’s begging for corruption,” said Frosh. “He’s raking it in from all kinds of folks” trying to influence the administration. Len Lazarick, MarylandReporter.com

FEW SHORE DOCS EMBRACE RX POT: Dr. Mitchell Gittelman can’t say whether medical marijuana will help any of his patients. But he can’t say it won’t help them either. “I think since you’re not going to die from cannabis,” the Salisbury physician said, “it’s reasonable to give people a chance to try it.” Not just anyone, mind you. Gittelman registered with Maryland regulators to be eligible to recommend the drug with his sickest patients in mind, he said. Few of his counterparts have followed his lead on the Lower Shore. Gittelman is one of eight doctors and other medical providers based in one of the three counties who signed up as of late October, Jeremy Cox of the Salisbury Daily Times reports.

IMPORTANCE OF HOWARD STREET TUNNEL: The editorial board for the Sun explains the importance to Maryland and the Port of Baltimore of the Howard Street tunnel, writing that this week’s news that CSX Transportation is walking away from a plan to renovate and expand the downtown rail tunnel is a big economic blow — not only to Baltimore but to Maryland. The $425 million proposal might have been the most cost-effective transportation project on the state’s to-do list.

CONVOLUTED BREWERY LAWS: The editorial board for the Frederick News-Post looks at the effect of state legislation on its own community, opining that the Maryland General Assembly made a complete mishmash of policy on regulating breweries in the state last spring, and Frederick now has the honor of dealing with the hangover. Thanks, state legislators. Here’s to you. Jim Caruso, the CEO of Flying Dog Brewery, told The Frederick News-Post last week that his company had halted its planning for a new $50 million brewery in the city because of ”legislative issues.”

MINIMUM WAGE VOTE IN MoCo: The Montgomery County Council is scheduled to vote Tuesday on a bill that would phase in a $15.00 an hour minimum wage by 2024, but some Democratic activists objected to the vote being held the same day as the Virginia gubernatorial election. Some Democrats hoped to be aiding Democratic candidate Lt. Gov. Ralph Northam in Virginia, who appears to be in a close race against Republican opponent Ed Gillespie. Minimum wage advocates were hoping to continue their fight before the council for a faster implementation schedule, but now feel they have to choose one event over the other.  Glynis Kazanjian, MarylandReporter.com

DISTRICT 15 DELEGATE RACE: Aides to Montgomery County Executive Ike Leggett and U.S. Rep. John Delaney are poised to run for the Democratic nomination for state delegate in District 15, where a seat will be open in 2018 due to Del. Aruna Miller’s bid to succeed Delaney in Congress, Louis Peck and Andrew Metcalf write in their Political Roundup column for Bethesda Beat. 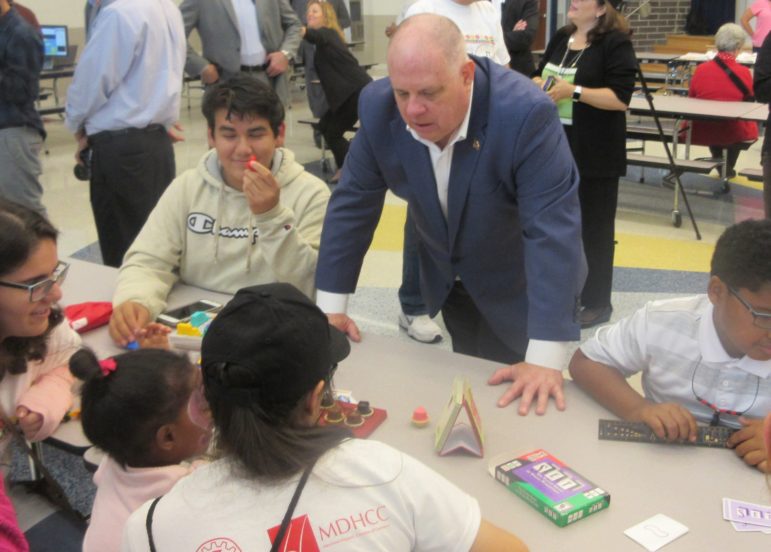 GUBERNATORIAL AUDITION: Eight candidates for governor auditioned Saturday as Maryland Democrats held a casting call for the role of nominee to challenge Republican Gov. Larry Hogan. The joint appearance before the Democratic Party State Central Committee at a Lanham union hall was the first to bring all eight together in the same forum, reports Michael Dresser in the Sun.

VAN HOLLEN BACKS BAKER: U.S. Sen. Chris Van Hollen on Friday endorsed Prince George’s County Executive Rushern L. Baker III in his bid for the Democratic nomination for Maryland governor — a high-profile boost in a crowded primary race, Ovetta Wiggins of the Post reports. “We have a lot of other great candidates on the Democratic side, but I think Rushern Baker will be the best governor for the state of Maryland and is in the best position to succeed in this race in the general election,” he said.

ELECTION DAY: This Election Day, Tuesday, Nov. 7, may not have the same political pop in Maryland as it does in states like Virginia and New Jersey, but there are still many important races across the state — including some that may be considered bellwethers for critical 2018 contests, writes Meghan Thompson for Maryland Matters. In Annapolis, where current Mayor Michael Pantelides (R) upset the Democratic incumbent, Josh Cohen, four years ago, it was a harbinger of things to come — especially Larry Hogan’s surprise victory in the 2014 gubernatorial election.

BUCKLEY V. PANTELIDES: Danielle Ohl of the Annapolis Capital reports that the final round of financial disclosures before the Annapolis general election reveal mayoral fundraising efforts that far outpace 2013 levels from the same period. Mayor Michael Pantelides and Democratic mayoral candidate Gavin Buckley have sizable cash balances available ahead of Tuesday’s election, far more than either Pantelides or Democratic incumbent Joshua Cohen had in 2013.

DON’T COUNT O’MALLEY OUT: In an analysis for FiveThirtyEight, Seth Masket writes that a few weeks ago, Jason Zengerle wrote a helpful breakdown for The New York Times of the potential Democratic presidential candidates for 2020. One name was notably absent, however: former Maryland Gov. Martin O’Malley. That’s likely no accident: O’Malley barely made a ripple in the 2016 pond with only a few other Democratic primary candidates to contend with. … But he’d like to suggest here that this is a significant omission, and a telling one: O’Malley is playing out a party strategy that hasn’t worked in a while but might work now.

BA CO IGNORES FED REQUEST: Since April, more than 40 people who entered the United States illegally have been released from the Baltimore County jail despite requests from the feds to hold them, John Lee of WYPR-FM reports. On April 5, County Executive Kevin Kamenetz signed an executive order. In part, it said if you are in the country without legal permission and you commit a crime, the county jail will let you out on your release date. It will not hold you beyond that date unless there is an immigration warrant from federal authorities to do so.