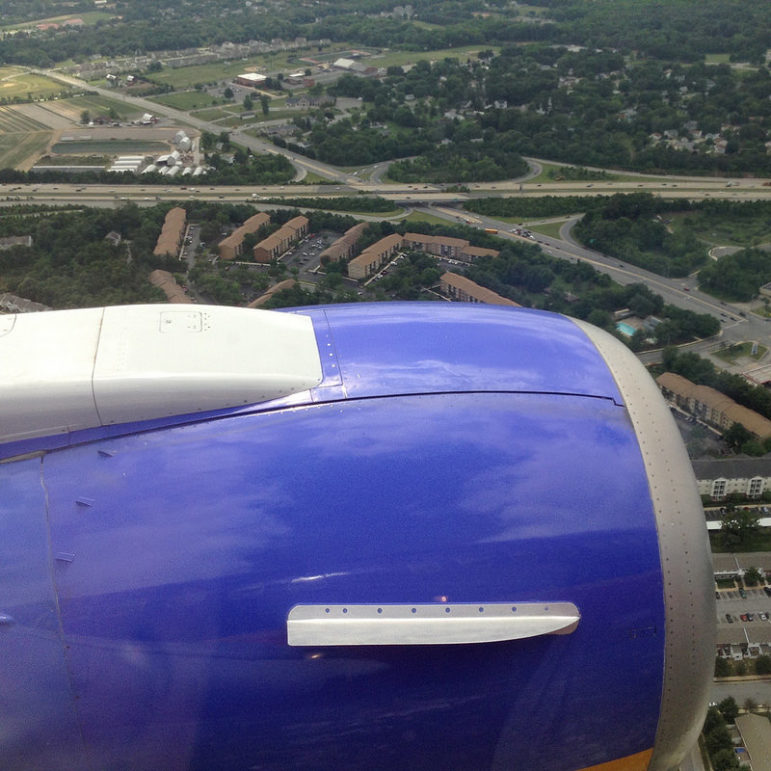 HOGAN TELLS FROSH TO SUE FAA: Gov. Larry Hogan directed Attorney General Brian Frosh on Tuesday to sue the FAA over new flight patterns at BWI Thurgood Marshall Airport that have provoked bitter complaints from area residents about excessive noise, Michael Dresser of the Sun is reporting. The Republican governor instructed the Democratic attorney general to take legal action against the federal agency “on behalf of all Marylanders suffering from the adverse effects of the implementation of the Next Generation Air Transportation System.”

GUN VICTIMs’ AGES: Addressing the high rate of gun violence now plaguing Baltimore city, Sun columnist Dan Rodricks looks at the age issue – and it’s not what you think. He writes, “While 73 of the 245 victims so far this year were in the 18-to-25 age group, 86 were between 26 and 34, and 50 were between 35 and 50. A few were older than that. In this month so far, the average age of victims is almost 35. The average age of all victims between May 31 and Sept. 11, the period I reviewed, was 36.”

CITY EYES POLICE RECRUITMENT: Baltimore Mayor Catherine Pugh has given her first assignment for the new Bloomberg-funded Innovation Team: Figure out how to recruit more police and retain them, reports Luke Broadwater in the Sun. Dan Hymowitz, the new director of the the Mayor’s Office of Innovation, said Tuesday his four-person team will spend at least six months delving into the issue and making recommendations. The office will hold focus groups and review exit interviews with officers, he said.

CHESAPEAKE BAY’s VIRGINIA CREEPER: The editorial board of the Sun takes aim at Virginia Rep. Goodlatte and his disdain for the EPA. Last week, Goodlatte set upon a familiar task of neutering the U.S. Environmental Protection Agency and its involvement in the Chesapeake Bay cleanup. Under an amendment approved by the House last Thursday on a narrow 214 to 197 vote, the EPA would be prevented from taking any action against a state in the bay watershed that fails to meet the “pollution diet” standards already agreed to by the states. How awful is the Goodlatte amendment? Even Maryland’s own voice against federal regulation, Republican 1st District Rep. Andy Harris, voted against it.

GOVERN DURING OPIOID CRISIS: In an op-ed for the Sun, former Gov. Bob Ehrlich and policy consultant Jim Pettit write that a productive fight against the opioid scourge should be less about federal funding and lawsuit-induced money grabs and more about governing during a crisis.

TOWN ORDERED TO PAY IN PUBLIC RECORDS SUIT: A Montgomery County Circuit Court judge has ordered the Town of Chevy Chase to pay $92,000 in attorneys’ fees for Action Committee for Transit’s quest for public records related to the Purple Line. The pro-Purple Line group brought the lawsuit in 2015 after the town tried to charge hundreds of dollars to search for records sought by member Ben Ross. Ross was pursuing information related to lobbying and public relations firms hired by the town to oppose the light-rail project, Andrew Metcalf reports in Bethesda Beat.

REP. HARRIS LEADS ON D.C. ACTION: David Trumble has never heard of Rep. Andy Harris. But his community has nevertheless felt the influence of the Maryland congressman. That’s because Trumble lives in the District of Columbia, a familiar target for congressional intervention. While the nation’s capital is — at its closest — an hour’s drive from Harris’s mostly rural district, the Baltimore County Republican has become a leading conservative voice in Congress on the District, reports John Fritze for the Sun.

HANS RIEMER: In the second in a series of commentaries in Maryland Matters from Democrats running for for at-large seats on the Montgomery County Council, incumbent Hans Riemer writes “There is a saying I love, “A good house is never done.” The phrase reminds me to embrace change, because a home can always be improved, and I should not expect to “finish” it. … The same can be said for a good place to live. My appreciation for what we have in Montgomery County motivates my passion for figuring out where it needs to change.”

SHNIDER SEEKS KATZ’s MO CO SEAT: The 28-year-old former political director of a pro-Israel, pro-peace organization is running against Councilmember Sidney Katz for the District 3 seat on the Montgomery County Council, writes Doug Tallman for MyMCMedia. Ben Shnider, a Democrat, said he was making his first attempt at elective office because he was “motivated by the issues he cares about.” He said he supported increasing the minimum wage to $15 an hour.

PG BOARD SUGGESTS END TO TAKE HOME VEHICLES: A Prince George’s County citizen board recommended on Tuesday that the county abolish generous travel allowances as well as a policy that allows some elected officials and staff to take home government vehicles. No other jurisdiction in the region offers benefits like those provided by Prince George’s County. The board’s conclusions followed a Washington Post investigation that found the county had spent more than $110,000 in taxpayer money annually on the vehicle benefits for county council members and staff, reports Arelis Hernandez of the Post.

RACE FOR ANNAPOLIS MAYOR: Karen Hosler of WYPR-FM takes a look at the colorful race for Annapolis mayor, that will fully begin with the Sept. 19 primary. It’s four-way contest that also includes the 34-year-old incumbent, a 35-year veteran of the state legislature, and a long-shot late-comer who has taken on the role of chief scold. Each is driven by his own ambitions, but they share a frustration with the inefficiencies of city government.