Even a rudimentary search on Twitter for trending stories about Blackwater National Wildlife Refuge in Dorchester County conveys the striking duality of the place.

On one hand, there are majestic pictures of bright white migratory snow geese taking flight over the wetland, congratulatory Tweets on Blackwater being named one of the country’s “Top Conservation Areas Worth Traveling For.” There are links to personal Instagram pages where community members have posted pictures of themselves at the annual eagle and raptor festivals.

On the other hand, there is the chesapeakebay.net photo of the week that shows dark blue patches in stark contrast to the bright yellow-gold of the marsh grasses. These are the 8,000 acres of marsh that have been lost to the ocean, the very thing threatening Blackwater’s existence, slowly erasing it from the map.

It is one of the last surviving habitats for migratory birds like the snow geese and one of the last buffers for nearby human communities against intermittent onslaughts such as Hurricane Sandy.

How can a place of such vast and obvious beauty, spanning almost 28,000 acres, simply disappear?

The Maryland Commission on Climate Change has predicted that the ocean will rise as much as 3.7 feet by the end of the century, with land erosion and invasive plant species contributing to sea-level rise. Further, a 2013 assessment led by The Conservation Fund and Audubon Maryland-DC found that in time, almost all of Blackwater will become, as if foreshadowed in its name, part of the black-blue water of the sea.

Instead of letting it disappear, a team of refuge scientists partnered with The Conservation Fund and Audubon Maryland-DC to write a different script for Blackwater’s future, one where it still exists and thrives as a stable wildlife wetland habitat. Aided by $1.4 million of Hurricane Sandy relief funding, through an innovative grant program established by the U.S. Department of the Interior with the National Fish and Wildlife Foundation, they are reshaping Blackwater, literally moving earth, to save it. (See the Bay Journal article, “Path to improving Atlantic Flyway at Blackwater is filled with mud,” February 2017.)

In the initial phase of the project, a giant dredge was used to execute the “thin-layering method,” for the first time in the Chesapeake Bay watershed in the winter of 2016–17, more than 26,000 cubic yards of sediment were moved from the bottom of the river and applied to the top of a 40-acre marsh site at Blackwater. The plan is that the added height, averaging 4–6 inches over the entire site, will stimulate native plant growth.

As nature takes over, these new plants’ roots will continue to lift the surface of the marsh away from the rising ocean.

“State-of-the-art science supports our conviction that this thin-layering technique is the right tool and the project site is the right place to intervene and help rejuvenate the failing coastal marsh,” said the project’s principal investigator, Erik Meyers, a vice president of The Conservation Fund, a nonprofit organization. “Thin-layering projects are not the only answer to the challenge of sea-level rise for coastal resources, but can be extraordinarily valuable in targeted applications.”

The second half of the project involved replanting the site with native marsh grasses this spring. An aerial survey was used to map the areas where restorative planting is needed. The revived marsh should flourish in Blackwater’s balmy summer sun and periodic tides, and within 24 months become a coastal marsh showcase.

“Working with nature is the most promising path for us to follow,” Meyers said. “While nature is inherently resilient, the pace of climate change requires us to help it by conserving the right lands and taking appropriate management actions. I want my grandson to enjoy seeing all the birds and other wildlife at Blackwater when he’s my age.”

Project partners will be setting up visits for federal and state policymakers to learn about the resiliency efforts firsthand. The Fund and Audubon, by working with the refuge, hope to supplement Blackwater’s educational programming with timely case studies that will help visitors learn more about adapting the marsh to sea-level rise and storm events. 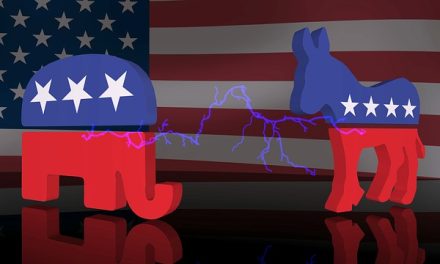 Why Republicans Lost and What We Need to Do to WIN

X’s and O’s: A play about playing football