“This is a surprise,” said Gigi Godwin, president of the Montgomery County Chamber of Commerce.  “And it’s disappointing. The County Council couldn’t wait for the county government’s report on the facts.  Where’s the public policy process? This is baffling.”

Godwin said the business community participated in surveys and focus groups in preparation for the impact study and asked the council to hold off on a revised bill until the results were known.

County Executive Ike Leggett vetoed a similar version of the bill in January primarily over his concerns about the potential economic impact on business and entry-level jobs for younger workers. Leggett required the study for reconsideration of passage.

The study by PFM Group is due this week.

The original bill passed the council 5-to-4, but needed six votes to override Leggett’s veto.

Elrich was unfazed by the coalition’s response.

“I already know how they feel,” he said. “They’re not going to change how they feel. They’re perfectly happy to have people earn bad wages and live in poverty.  I’m not willing to do that.”

Elrich said the community at large would have two months to review the revised bill and the impact study before a public hearing tentatively scheduled for September 26. The Council held its last session Tuesday before breaking for a six-week summer recess.

“I expect the bill to be amended,” he said. “I want a baseline that we’re working from.”

The proposed bill phases in over three years, increasing the minimum wage to $15 an hour by July 1, 2020 for most employers. Businesses with fewer than 26 employees would have until 2022 before they are required to pay the $15 wage, but Elrich said he expects that to change, possibly to 50 employees.

Nonprofit organizations and community and home-based service businesses would also fall into the 2022 schedule.

Rice not on board yet

County Councilmember Craig Rice, District 2, who voted against the bill in January, could be the swing vote when the Council considers the bill.  But he’s not fully on board yet.

Tuesday he said not everyone in the community was represented in the bill.  Rice said workers 16 years old to 25, including people of color who represent the largest number of unemployed workers in the county, would face competition with a higher minimum wage.

Employers will choose to hire older, more experienced people willing to work for a higher minimum wage, before they will take a chance on a younger employee who may be less polished and less experienced, he argued.

“Competition is created between the two [groups],”  Rice said.  “That places the 16-to-25 demographic out of the market, especially people of color.”

Rice also argued that there still should be value placed on young people who learn responsibility through working.

“If we are going to have a policy to address this inequity, we can’t carve out a few people without talking about other groups who are affected by this as well,” Rice said.

He said the bill may force businesses to lay people off or stop hiring.

“That’s just not ancillary,” Rice said.  “How are we going to mitigate that?  You can’t just gloss over that.”

Co-sponsor Leventhal said if the county doesn’t help impoverished community members they will continue to be reliant on social welfare.

“You face the question of whether paying a decent wage is the right thing to do even if there is some small, limited amount in hiring reduction, even if employers may potentially offer fewer very low wage jobs.” Leventhal said Tuesday.  “That in and of itself doesn’t tell you it’s the wrong thing to do.  To expect individuals to work at a wage that you just can’t possibly live on creates an unsustainable conflict.

“And I absolutely agree with Mr. Elrich, it leads to the drawing down of public benefits at the public’s expense when private employers really should be shouldering that expense. It is not reasonable for people who work full time for people to have to rely on SNAP [food aid], TANF [welfare payments]  or even Medicaid. It is desirable that individuals find adequate income working hard in the private sector.”

One of the county’s largest unions, SEIU Local 550, that has approximately 8,500 employees in Montgomery County public schools, also supports the legislation.  A spokesman for the union said support of the bill by county executive candidates would be a consideration for an endorsement.

“We absolutely support the bill,” SEIU Local 500 spokesman Christopher Honey said. “I wouldn’t say it’s a litmus test, but it is absolutely a test of leadership and something that would be looked at. [Our] endorsement has multiple steps and is not based on one single thing, but this is a big issue. To say it would not be important to our members would just be wrong.”

Honey said most of SEIU’s members would not be affected by the minimum wage bill, but families of the children in Montgomery County schools would benefit.

“By raising the minimum wage, you can lift up so many families in Montgomery County,” Honey said. “A benefit to working people is ultimately a  benefit to the whole community. Montgomery is actually much more diverse than people think – a lot of immigrant families and a surprising number of low income families.” 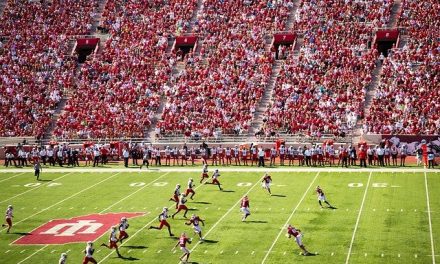