MD JUMPS IN CNBC BUSINESS LIST: Maryland moved into the top half of the country on CNBC’s annual list of America’s best states for business after jumping five spots to No. 25, Holden Wilen of the BBJ reports. The improvement comes after Maryland moved up six spots last year, meaning the state has improved its ranking by 11 spots over the last two years. CNBC’s ranking takes into consideration 60 measures of competitiveness and then separates the metrics into 10 categories, weighted based on how frequently each is used as a selling point in state economic development marketing materials.

DEMS CHARGE JOB GROWTH STAGNANT: The Maryland Democratic Party released data Tuesday showing that job growth in the state has become stagnant and has grown at a smaller rate than the rest of the nation under Gov. Larry Hogan (R) – and the Hogan administration quickly hit back. The Democrats’ report, comprised of numbers from the Bureau of Labor Statistics, is a stark contrast to the narrative painted by Hogan over the past several months, Ana Faguy writes in Maryland Matters.

KOPP STOPS SECTYS PAYCHECKS: The Sun and the Post follow up on a Daily Record story: State Treasurer Nancy K. Kopp is refusing to pay the salaries of two of Gov. Larry Hogan’s cabinet appointees who failed to win Senate confirmation this year — a move that sets up a potential court battle over the constitutional powers of the executive and legislative branches of government, Michael Dresser of the Sun writes.

LIGHTER PAYCHECKS: Two of Gov. Larry Hogan’s Cabinet secretaries received paychecks that were lighter than usual on Wednesday, as a spat over their confirmation — or rather, lack thereof — came to a head. Two days of pay was not included in the paychecks of Planning Secretary Wendi Peters and Health Secretary Dennis R. Schrader. That’s because the General Assembly passed budget language eliminating their salaries for the current fiscal year, Danielle Gaines reports for the Frederick News-Post.

HOGAN ATTENDS GOVERNORS MEETING: The AP is reporting that Gov. Larry Hogan is scheduled to attend the National Governors Association meeting today through Saturday in Providence, R.I. More than 30 governors will be meeting to discuss topics like cybersecurity and federal-state collaboration.

CANDIDATE TOUTS WORKFORCE IDEA: Erin Cox of the Sun reports that a Democratic candidate for governor has proposed a novel way to help mothers of young children stay in the workforce: Loan them the cash to pay for quality childcare. Entrepreneur and author Alec Ross has made the plan a platform of his candidacy, and he said the state should consider paying for child care an economic investment in working families — both to help parents boost their future earning power and, for children, to limit the economic inequality that starts at birth.

DELAUTER-AFZALI DISPUTE: A dispute between potential candidates for the GOP nomination for Frederick County executive is heating up. Councilman Kirby Delauter and Del. Kathy Afzali are trading barbs, Ryan Miner writes in his Miner Detail blog.

PUGH DEFENDS PLAN: Baltimore Mayor Catherine Pugh defended her administration’s approach to addressing Baltimore crime Wednesday, saying her office has developed a formal violence reduction plan in conjunction with police, reports Yvonne Wenger for the Sun. The mayor said she has the plan in writing, but did not commit to making it available for public review. One of her top critics, City Councilman Brandon Scott, ended a hearing abruptly on Monday after saying the administration did not appear prepared to provide a collaborative crime plan.

KHIZR KHAN IN TOWSON: Khizr Khan, the father of an Army soldier killed in 2004 Iraq who rocketed to political fame after he criticized Donald Trump last summer at the Democratic National Convention, spoke at a rally in Towson on Wednesday about the need to uphold America’s democratic values, Pamela Wood of the Sun reports. Khan was the headliner of a “unity rally” organized by the Baltimore County government at Patriot Plaza in downtown Towson. 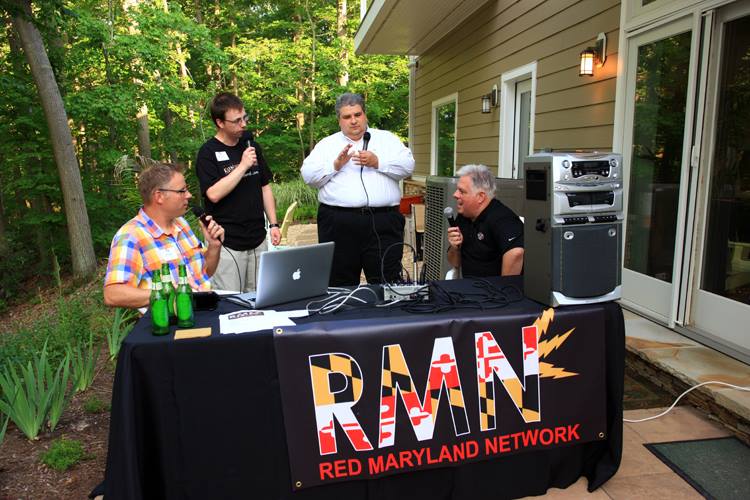 RED MARYLAND’S 10TH BIRTHDAY: MarylandReporter.com congratulates Red Maryland on its 10th Anniversary, celebrated in Annapolis Wednesday night. Political blogs come and go, and we’ve linked to many. But Red Maryland has stayed, often outrageous and willing to pick a fight. We don’t have to agree with its opinions to recognize its staying power. Congrats to Brian Griffiths and Greg Kline. We miss the well-researched writings of Mark Newgent, now on Gov. Larry Hogan’s staff. Red Maryland was an early and ardent supporter of Hogan. 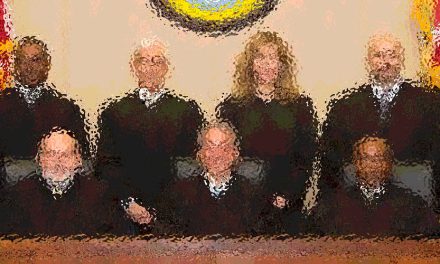