Only one of the two women currently serving on Montgomery’s nine-member County Council — Nancy Navarro — is up for re-election next year when four incumbents must vacate their seats because of new term limits.

This leaves plenty of opportunity for new female candidates to fill those seats on what has historically been a council dominated by men.

UPDATED 6/21/17, 11 a.m.: So far, four women are running for council seats, and at least two others are considering it.  The list is likely to grow longer.

With the charter change for term limits voters approved in a referendum last year, the county executive and county councilmembers must leave office after serving three consecutive four-year terms.

The Montgomery County Council members are the highest paid in the state, earning $128,519 a year for what is considered a full-time job with a staff of five aides. 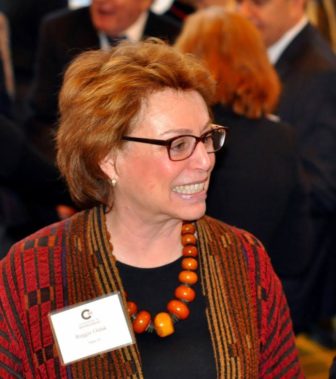 Reggie Oldak, 66, a tax lawyer and former chief of staff to Councilmember Roger Berliner, is running for Berliner’s District 1 seat, which encompasses Bethesda, Chevy Chase, Glen Echo, Darnestown, Poolesville and Dickerson. Berliner, who must vacate his seat leave due to term limits, announced June 7 he will running for county executive.

Oldak, a longtime Bethesda resident, has been a fierce advocate of women’s rights over the years.  She served as president of the Montgomery County Commission for Women, board chairman of Washington Metropolitan Planned Parenthood, Inc. and was a federal lobbyist for the National Women’s Law Center.

She has a bachelor’s degree from Smith College and a law degree from Georgetown University.

Oldak plans to use the new public campaign financing system and thinks the time is ripe to take advantage of the vacancies.

“This historical turnover provides an opportunity to influence the future of the county,” Oldak said in an interview.  “My years as a leader in the women’s movement have taught me, we have to be at the table talking to each other.  I think I can make a difference serving on the front lines of local government.”

If elected, Oldak said she will strive towards having a dynamic economy in Montgomery, and managing the budget will be at the forefront.

“The budget is the biggest responsibility the council has,” Oldak said.  “We can’t keep increasing property taxes.”

In 2016, the County Council unanimously voted to increase property taxes 8.7%, the largest increase in the last seven years.

Oldak’s platform also includes attracting companies and “good paying jobs” to the county in order to diversify the tax base.  She describes good paying jobs as “jobs that give people enough money so that they will be able to pay income taxes and capital gains taxes.”

Oldak would meet part of this goal through attracting companies to the area, including jobs that provide “a living wage and good benefits.”

“When you’re talking about good paying jobs, it’s a little bit different.  It’s not focused so much on what the hourly wage is, it’s a question of do people have enough money to spend so that our small businesses can do well here and create more jobs.  Do people make enough money so they are paying income taxes and making investments so they’re paying capital gains? Then we don’t have to rely on a high property tax.

“If we don’t do that, we are relying on a high property tax,” Oldak continued.  “Just like when you want to diversify your investments, a county or a municipality has to diversify its revenues.”

But she also wants to focus on what she calls “livability.”

“I’ve spent my advocacy career working for pay equity, an increase in the federal minimum wage and workplace fairness,” Oldak said. “We need to fix traffic problems, overcrowding in the schools and issues facing seniors.  It is important that young people can stay here and raise their families and seniors can stay here and retire in dignity.”

So far only Oldak and Democrat Bill Cook have filed to run in District 1, although several establishment Democrats are said to be considering the seat.

Montgomery County Board of Education members Rebecca Smondrowski and Jill Ortman-Fouse are also reportedly considering their candidacies.  While neither have filed for office, Smondrowski says if she runs, it will be for an At-large seat, which means they run county-wide.

At least seven men have already announced their candidacy for the four at-large seats which will be available in 2018.  At-Large Councilmember Hans Riemer, who is not term-limited, has a good chance of being re-elected as an incumbent.

UPDATED 6/21/2017 11 a.m.: Democrat Marilyn Balcombe, president of the Gaithersburg-Germantown Chamber of Commerce, announced in February she is running for an at-large council seat. The story was covered by MyMCMedia with a video interview and by the Germantown Pulse.

Meitiv, known to many in the media and county as “free range mom,” has filed to run in the At-large race.  But her motivation for running is a little different than Oldak’s. 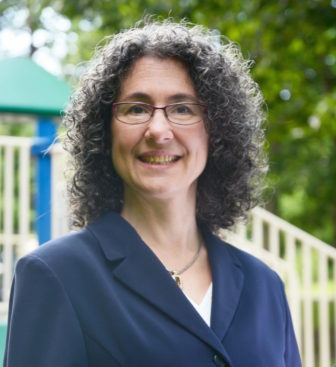 Danielle Meitiv, 47, of Silver Spring, is a wife, a homeowner and a mother of two children who attend public school in Montgomery County. She is also a scientist, and over the last 20 years has worked for the National Oceanic and Atmospheric Administration, the EPA, the World Bank, the Environmental Defense Fund and a nonprofit think tank, the Clean Air Task Force.

She has never run for public office before, but she is a member of the Montgomery County Democratic Party Central Committee. Her motivation for running stems from the run-in she had with police and the county’s child protective services over her parenting skills.

In 2015, Meitiv earned the name of “free range mom” in the media for allowing her two young children to walk home from parks in their Silver Spring neighborhood. After being charged with child neglect, Meitiv and her husband threatened to sue the county’s child protective services division and the police for violating their Fourth Amendment rights.  But after a public outcry, the charges were dropped.

Meitiv says she knows what it’s like when local government doesn’t serve people the way she believes it should, and she understands the challenges that working families face every day.

She says she’s running for County Council because she is tired of the status quo in government, especially at the local level.

“With few exceptions, I don’t think we have leaders in either party that are really willing to take bold action and challenge the status quo to bring real solutions to people in this county,” Meitiv said.  “We need courageous leadership, and I’m not seeing it from current leaders or really on any level of government in our county.”

Since announcing her campaign, Meitiv has received support and donations from progressives and libertarians, because she says, she feels “there are more issues that connect us than divide us, especially at the local level.”

Meitiv says she wants everyday people to be better and more equally represented.

“Both Sanders and Trump showed us that people are tired of the status quo,” Meitiv said. “They want someone who speaks to their needs and struggles.”

When asked about her progressive stances on social media, Meitiv said she doesn’t like labels.  She describes herself as a populist.

“We’re really in a very populist time,” Meitiv said.  “If anything, I would say I’m a populist.  I want to run on behalf of the people in the Montgomery County, dealing with everyday issues that everyday people face when they’re trying to educate their kids and are trying to pay their bills and find work that supports them and be able to retire.”

Meitiv said she will be using the county’s public campaign finance system that is now available to qualified candidates.

“I’ve proven I’m willing to stand up for the families and children of Montgomery County for what I believe in,” Meitiv said.  “I’m interested in a just and fair economy, a clean and healthy environment and communities where our kids are safe and can grow up to their full potential.” 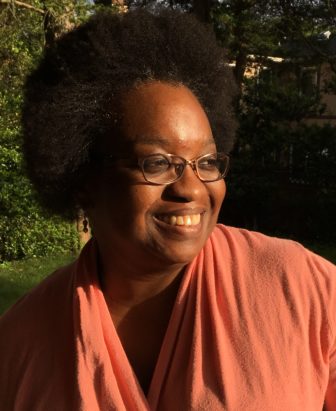 Democrat Brandy Brooks, 40, has lived in Montgomery County since 2015.  She brings with her experience as a community planning activist and a community organizer from Massachusetts.

Her experience includes work in community design and planning and in food systems that focus on “food justice.”  She has a bachelor’s degree in design studies from the Boston Architectural College and a master’s degree in Public Administration from Suffolk University.

Brooks has never held elected office, but she’s come close.  As a resident of Somerville, Mass., a city population of 75,000, she was appointed to the Somerville zoning board in 2013.  Before that in 2011, she served on the city’s comprehensive plan steering committee.

In Boston, Brooks worked for The Food Project and the Boston Collaborative for Food and Fitness.  In Washington, D.C. she worked for Dreaming Out Loud – a food and economic justice non-profit.

Brooks has tapped Crowdpac, an Internet-based political-fundraising platform, to help get her campaign off the ground.  She is also hoping to pick up support from labor unions and Progressive Maryland, a liberal advocacy group, where she is currently involved in training and organizing.  Her work with the group led her to run for office.

“As someone who is a progressive and a Democrat, I am deeply committed to correcting structural injustices,” Brooks said.  “I’m going to focus on putting a lot more resources toward communities and individuals who have historically been excluded from a lot of the best benefits of our county because of their wealth and income levels, because of their race, their national origin or the first language they speak.”

Brooks’ top platform issues include affordable and equitable housing and “food sovereignty,” which is about “how people are in control of their food systems so that they actually get what they need from it.”

She’d like to see equitable development in both residential and commercial economic development.  Brooks believes this is possible by looking at the infrastructure that small, local, community-based businesses need to succeed.

“Whether that’s through affordable space, strong laws that support home-based or cooperative businesses, including education, financing, training – all the pieces that small businesses need to succeed, where they need resources,” Brooks said.

Brooks wants to direct county resources to businesses that are run by people in the community and invested in serving the community.  She is opposed to attracting “outside businesses” with subsidies.

“I don’t think we should be paying $20 million in incentives because I don’t think we get the return on that investment,” Brooks said.  “Sometimes they come and go.  They don’t typically provide living wage jobs.  A lot of these companies are bringing in some professional level jobs, but [also] a ton of service positions that are not a living wage.”

Brooks would also like to focus on transportation, including a safer and more affordable Metro system, and improving transportation to fast growing populations and communities in need.

“My priority is to make sure those folks have just as much access to good food, good housing, good education as everyone in the county,” Brooks said.  “Right now that’s not true.  I am going to prioritize that over policies that might place more benefit for folks who are more well off.”

Glynis Kazanjian can be reached at glyniskaz@gmail.com

Memorial Day: Remembering the Final and Much Forgotten Battle