STRONG STATE ECONOMY: Gov. Larry Hogan told a gathering of 700 business leaders Thursday that the state’s economy “is stronger than it’s been in more than a decade” and that the state is developing a new strategy to speed growth in cybersecurity, biohealth and life sciences, Jeff Barker of the Sun writes.

CRAB RESTRICTIONS LIKELY: Chesapeake Bay crabbers will likely face some harvest restriction this season to protect future generations of the iconic crustacean, a move managers say is necessary because of the low population of young crabs. Fishery managers for Maryland, Virginia and the Potomac River Fisheries Commission all say they are considering shortening the season and imposing stricter limits on the harvest of female crabs. They are not proposing changes in male crab catches, Rona Kobell of the Bay Journal writes in MarylandReporter.

HOGAN APPOINTMENT DRAWS CRITICISM: Gov. Larry Hogan’s appointment of former Baltimore County Executive Roger Hayden to the county school board is drawing criticism from some local leaders, who say it leaves the board with only two minority members to help shape policy in a system where more than half the students are minorities, Liz Bowie of the Sun reports. Hayden’s tenure could be brief. In November 2018, county residents for the first time will elect seven members of the board. Each will represent a geographical district.

PREAKNESS’s FUTURE: As Baltimore officials push to keep the Preakness Stakes in the city, they say they won’t abandon the longtime site of the marquee race in Park Heights in favor of another city location. Doug Mayer, Gov. Larry Hogan’s spokesman, reiterated the governor’s desire to keep the race in Baltimore, but declined to address the hypothetical of another race track.

COMMON GOOD AS COMMON GROUND: Sens. Bobby Zirkin and Michael Hough, in an op-ed for the Sun, write “We are a Democrat and a Republican, members of the Maryland Senate from different parts of the state who serve together on the Senate Judicial Proceedings Committee. The most important word in that first sentence is ‘together.’ Not Democrat. Not Republican. Because we believe that even in this new era of political divisiveness, the most important thing that we do as legislators is to work together for the common good.”

WHAT ROSENSTEIN KNEW & WHEN: The Sun’s John Fritze writes that Deputy Attorney General Rod J. Rosenstein knew James B. Comey would be fired as director of the FBI before he wrote a scathing memo laying out the case for the move, several senators who attended a closed-door briefing with the former U.S. attorney from Maryland said Thursday.

CIVILITY IN FREDERICK: In her Political Notes column for the Frederick News Post, Danielle Gaines  recounts an exchange on the Frederick County Council over the civility code, adopted two years ago. Councilmember Billy Shreve, who didn’t vote for the code and whose civility toward a fellow Republican is questioned, brought it up and came armed with copies. 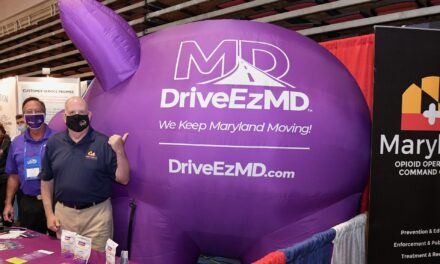