Maryland Gov. Larry Hogan’s worst nightmare is starting to come true. Trumpcare has passed the U.S. House of Representatives. If the Senate finds a way to give President Trump what he wants, it could spell a heap of trouble for Hogan in 2018’s general election.

“Repeal and replace” is a GOP obsession – though an estimated 24 million people could lose their insurance, tens of millions more could be out of luck due to pre-existing conditions and medical programs for the poor could be cut 25%.

It also would damage the nation’s economy. That’s especially true in Maryland, where healthcare is one of the state’s biggest employers.

It is almost certain to be the No. 1 issue in the 2018 mid-term elections, even if the Senate approves a diluted Trumpcare bill.

What a devastating state of affairs for Republican Hogan. Until the House vote last week, he appeared in excellent shape to win a second term.

Now he has to figure out how to tiptoe around this explosive issue that already is proving highly unpopular.

Most Americans, it appears, would rather stick with the existing – though seriously flawed – Obamacare medical insurance program and fix parts that aren’t working well (“keep and improve” as opposed to the GOP’s “repeal and replace”).

Wait until the Congressional Budget Office issues its cost and impact analysis of the House-passed version of Trumpcare. It could expose the bill’s soft underbelly. Public resistance could grow louder.

For Hogan, House passage of Trumpcare might be the beginning of bad news.

He could be trapped in a nearly untenable position: A Republican who might have to disavow his own party leaders in Washington to survive.

Hogan won election in 2014 by promising “no new taxes.” Does that mean he will let Trumpcare’s 25% cut in federal Medicaid funds lay waste to Maryland’s health programs for the poor and near-poor? Where would he find hundreds of millions in state dollars to cover those unfunded programs?

How does he run for reelection with Trumpcare hanging over his head?

How does Hogan justify to voters his party’s plan to let insurance companies charge outrageously high premiums – or deny coverage entirely – for people with “pre-existing conditions”? This could be anyone with acne, anxiety, depression, diabetes, obesity, cancer, pulmonary problems, asthma or even allergies.

How does he tell older working Marylanders that under his party’s plan their insurance premiums could jump an unaffordable 500%?

How does he explain a cut of $600 billion in taxes that supported Obamacare – a massive windfall for wealthy Americans, insurance companies and medical device companies?

How does he justify $880 billion in healthcare cuts to Medical Assistance for the poor?

Hogan & Company should be praying that the Senate junks the House bill and takes a few years to figure out what to do next.

Otherwise, the GOP across the country – including here in Maryland – could take a shellacking for its all-out effort to appease its conservative base.

There’s no doubt Democratic candidates for Maryland governor will tie Hogan to Trumpcare.

Every candidate will be running ads with tales of how middle-class and working-class Marylanders would be hurt, how lives hang in the balance.

It is a gift from heaven for Democrats.

Until recently the notion of Democrats regaining control of the House by picking up 24-plus seats next year appeared wishful thinking. Thanks to House Speaker Paul Ryan’s determination to pass a draconian Trumpcare bill, that’s no longer the case.

Every Republican will be vulnerable, unless he or she disowns the GOP’s No. 1 issue and risks losing support from Trump’s supporters. “This vote will be tattooed to them,” Pelosi vowed.

That includes Republican Hogan, who has made an extensive effort to distance himself from Donald Trump and his controversial comments and proposals.

That may not be enough to give him immunity from this highly contagious political disease.

Failure by the GOP to “listen and learn” could prove fatal come November 2018 – both in Maryland and nationwide.

Early birds are first to file for 2014; Nathan-Pulliam to challenge Jones-Rodwell for Senate

Bob Ehrlich on what ails Baltimore, one year later 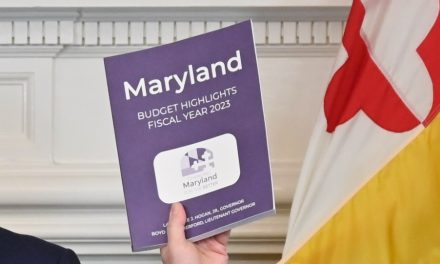