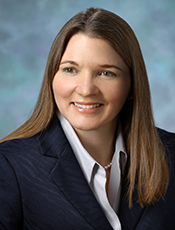 FOOSE RESIGNS FROM HO CO SCHOOLS: Embattled Howard County schools Superintendent Renee Foose left her job Tuesday, bringing victory to her critics on the school board who have called for new leadership.The board immediately named Michael Martirano, a former state superintendent of schools in West Virginia, as acting superintendent reports Tim Prudente and Pamela Wood for the Sun.

ACTING SUPER NAMED: Howard County’s new acting schools superintendent, Michael J. Martirano, is returning to his roots as he steps in to lead one of the nation’s highest-performing school systems, Pamela Wood and Liz Bowie of the Sun report.

HOWARD DELAYS PUBLIC FINANCING BILL: The Howard County Council tabled a bill Monday night to create a public finance system for candidates who swear off corporate or PAC contributions and donations larger than $250. Jon Weinstein, the council’s chairman and a co-sponsor of the bill, said the five-member body, which is currently in the thick of budget season, needed more time to review amendments with the state’s election board.

CALL FOR PURPLE LINE: Maryland leaders and transit activists called on a federal judge Tuesday to issue a ruling allowing the Purple Line to be built in the Washington suburbs, saying a delay in a court case blocking the project is costing taxpayers money, reports Katherine Shaver for the Post.

ACTIVISTS ASK HOGAN TO SIGN SICK LEAVE BILL: The Working Matters Coalition is going to call on Gov. Larry Hogan to sign the Healthy Working Families Act (HB1) today.  The act — to allow for paid sick leave — was passed in April by the Maryland General Assembly and was presented to the governor on April 27. From that date the governor has 30 days in which he can sign, veto or allow the bill to become law without his signature, WMAR-TV is reporting.

JOINT LICENSING CENTER: Maryland residents will be able to get their hunting, fishing and driver’s licenses at the same place in Baltimore County, the AP is reporting. The Maryland Department of Transportation and the Department of Natural Resources have opened the state’s first combined office in Essex.

HOUSE PANEL HEARS CLAYWORKS CONTROVERSY: During a briefing called by Maryland Dels. Maggie McIntosh and Adrienne Jones, members of the House Appropriations Committee listened for two hours Tuesday to opposing viewpoints in the controversy surrounding plans to sell and relocate Baltimore Clayworks, which has received some state funding. Legislators urged all sides to enter into mediation and, as McIntosh put it, “Disarm.”

GOOD NEWS FOR THE BAY: The editorial board of the Sun celebrates the Chesapeake Bay’s latest good news: the Maryland Department of Natural Resources has found that some 59,277 acres of aquatic grasses are growing in the Bay, pumping life-giving oxygen into the water, improving clarity, filtering out excess nutrients and providing critically important habitat to species like fish and blue crabs that use such shelter to hide from predators.

SEARCH FOR NEW JUDGE: Three rejected applicants for the Somerset County Circuit Court bench will have their names sent to Gov. Larry Hogan for consideration after the position had to be re-advertised when the first appointee declined the post, Heather Cobun reports in the Daily Record.

BUSY POLITICIANS, BUSY PROSECUTORS: In a column for the Sun, former speechwriter Richard Cross writes that looking back on Maryland’s 2017 political season so far, the only players busier than the governor, legislators, Annapolis staffers, party operatives and political geeks like me were, unfortunately, prosecutors. He recounts the politicians who have been indicted this session, then recalls the notable ones from Maryland’s recent past and offers up some suggestions to stem the tide of corruption.

22 FUND-RAISERS: Fresh off the General Assembly session – and its 90-day ban on state officials raising money – Gov. Larry Hogan (R) is about to embark on an ambitious schedule of fundraisers as the 2018 election cycle cranks up, writes Josh Kurtz for Maryland Matters. According to political calendars, Hogan has at least 22 fundraisers scheduled for his re-election between next week and November. He also has several appearances set at GOP events that will indirectly help his campaign.

RAINIER RE-ELECTS MAYOR: Mount Rainier re-elected its longtime mayor Monday after a heated election campaign that centered on themes of gentrification, immigration and economic development. Arelis Hernandez reports that Malinda Miles, who has been mayor since 2005 and first won a seat on the city council in 1987, emerged with 70 more votes than Jesse Christopherson, an eight-year resident who has served on the council since 2013, out of more than 900 ballots cast.

ON ROD ROSENSTEIN: Lyn Bui of the Post profiles Rod Rosenstein, the long time and highly respected U.S. Attorney for Maryland who will now be second in command under U.S. Attorney General Jeff Sessions.

SANCTUARY COLLEGE: Hood College has taken up the discussion on what it would mean for the college and its students to declare itself a sanctuary from engagement with the federal government on a crackdown on illegal immigrants. And it has tapped a constitutional law expert to help in that discussion, Allen Etzler of the Frederick News-Post writes.