NO STORY HERE: Former Attorney General Doug Gansler said “there’s no story here” about a series of expensive meals at a Colorado ski resort paid out of leftover campaign funds. Here’s is the story by Bruce Leshan at WUSA TV we totally missed from March 17. Thanks for the delegate asking us the question: “Did we all miss this?” Sure did.

STATE BOARD OF ELECTIONS FAULTED: A report released by legislative auditors Friday says the State Board of Elections needlessly exposed the full Social Security numbers of almost 600,000 voters to potential hacking, risking theft of those voters’ identities, reports Michael Dresser for the Sun.

PLAN TO END OUT-OF-STATE PLACEMENT HITS SNAG: An effort to bring back some of the more than three-dozen severely developmentally disabled Maryland youths sent to out-of-state group homes by next month will now take longer than initially promised, writes Bryan Sears for the Daily Record.

RX POT INDUSTRY MOVES FORWARD: Since lawmakers approved medical marijuana in Maryland, the nascent industry has been mired in legal and political controversy.  Black lawmakers said minorities didn’t have a fair chance of getting those licenses. Now the governor has ordered a study. But ForwardGro isn’t waiting to see how it all turns out. The firm in Anne Arundel County has poured more than $10 million into building a state-of-the-art greenhouse in the basin of a reclaimed sand mine, Erin Cox of the Sun reports.

HOW THE EASTERN SHORE FARED: Despite some some wins and losses during this past Maryland General Assembly session, Mid-Shore lawmakers said the Eastern Shore fared well this year, reports Josh Bollinger for the Easton Star Democrat. “If you look across the Shore throughout the delegation, I think we’ve had a very strong year,” said Del. Johnny Mautz. “I thought everybody worked very well together.”

PROGRESSIVES VS DEM ESTABLISHMENT: Maryland progressives are ready to declare war on some members of the Democratic establishment after the defeat of two controversial bills during the legislative session in Annapolis and a bitter battle over whether to revive cash bail for poor defendants, Josh Hicks and Ovetta Wiggins of the Post report.

A SIGN OF BAY HEALTH: A record amount of underwater grass has been reported in the Maryland portion of the Chesapeake Bay. Underwater grass is important, because it is a key indicator of improving water clarity and quality, the AP is reporting. It is the fourth straight year bay grasses have increased.

REDISTRICTING REFORM. GET IT? In an op-ed in the Post, Nancy Soreng and Jennifer Bevan-Dangel  write, the media get it. The Post, the Baltimore Sun, the Capital Gazette, the Frederick News-Post and the Maryland Reporter have all run opinion pieces calling for redistricting reform in Maryland. Why don’t members of the Maryland General Assembly get it? Maybe they do, but they certainly don’t appear willing to buck the system and vote for meaningful reform, because the solution they proposed is a non-starter.

HOGAN EULOGIZES FATHER: Gov. Larry Hogan delivered an emotional eulogy Saturday for his father, former Rep. Lawrence J. Hogan Sr., whom he described as his “hero” who paid a political price for elevating principle over ambition, reports Jeff Barker in the Sun. “This is the hardest thing I’ve ever had to do,” said Hogan, opening the eulogy at St. Mary’s Catholic Church in downtown Annapolis by expressing uncertainty over whether he could complete the speech.

ON ALEC ROSS: Political pundit Barry Rascovar, in a column for MarylandReporter, writes about Alec Ross, the only declared Democratic candidate for governor, saying. get ready for a circus of a gubernatorial campaign among Democrats. Ross is just the first of what could be a carload of clowns pouring out of a small VW Bug with the bumper sticker: “Dump Hogan.” Rascovar handicaps the other Democrats as well.

DRAFT EDWARDS CAMPAIGN: Grass-roots activists in Prince George’s County are trying to draft former Rep. Donna F. Edwards to run for county executive, a chance for the progressive populist to return to public life after a bitter defeat in the U.S. Senate primary last spring, Arelis Hernandez of the Post writes.

FREDERICK NEWS-POST CHANGES HANDS: Ogden Newspapers is officially the new owner of the Frederick News-Post starting today. The Randall and Delaplaine families have owned and operated the Frederick News-Post for 133 years across five generations. The Randalls announced in March that the family would sell the paper to Ogden, another five-generation family-owned company, Ogden Etzler reports for the paper.

CORDISH IN WHITE HOUSE: As a partner in one of Baltimore’s best-known development firms, Reed S. Cordish spent decades watching how the federal government assessed the environmental impact of the projects his company was building. The process, he concluded, is “all but broken.” Now an assistant to President Donald Trump, Cordish has a powerful ally in the effort to speed those reviews, John Fritze reports in the Sun. 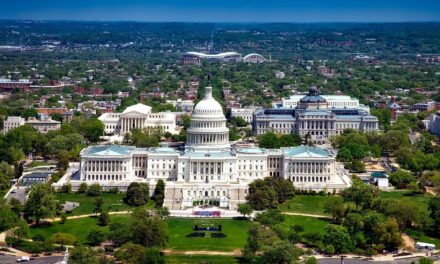 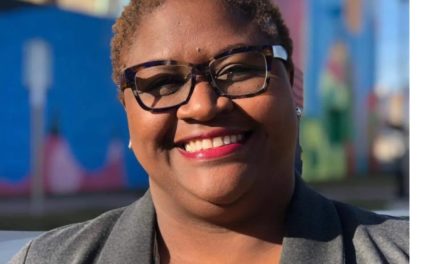