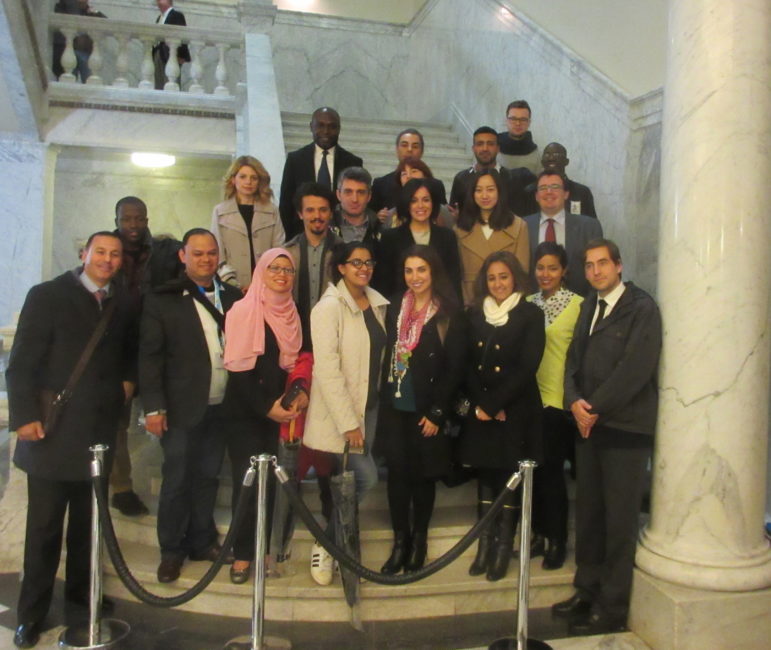 Twenty foreign journalists from as many countries got a tour of the State House Friday from Len Lazarick at MarylandReporter.com. They were part of a State Department media program.

CONSTITUTIONAL CONVENTIONS: The General Assembly rescinded all of Maryland’s past calls for a federal constitutional convention Tuesday. The House of Delegates passed the Senate version of a joint resolution canceling Maryland’s support for such a gathering, 93-47. Most Republicans voted no, reports Michael Dresser in the Sun.

ABUSE REPORTING TIME AMONG BILLS SIGNED:  Del. C.T. Wilson  testified for three straight years before his fellow Maryland lawmakers about how his adoptive father repeatedly raped him, pleading with them to increase the amount of time sexually abused children have to sue their abusers. And each year that his bill died in committee, Wilson vowed to sponsor it again, report Josh Hicks and Ovetta Wiggins of the Post. 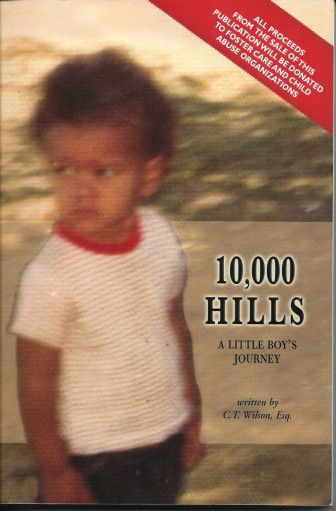 C.T. WILSON’S BOOK: More than a year before Del. Wilson started testifying on this child abuse legislation, he published a book about his own early life of abuse that didn’t get much attention. It is a painful read. Here is MarylandReporter.com’s three-year-old story by Margaret Sessa-Hawkins about the book.

FRACKING BILL SIGNED: Environmentalists cheered Tuesday as Gov. Larry Hogan followed through on his promise to sign a statewide fracking ban — and some predicted Maryland’s action could bolster efforts in other states to prohibit the controversial method of drilling for natural gas, writes Pamela Wood for the Sun. “We already know this victory is inspiring folks who are pushing for a ban in Florida,”said Mitch Jones, a senior policy advocate for Food and Water Watch. The article is topped by a video of the signing.

FIGHT OVER BAIL BOND BILL: The hotly contested bill backed by the state’s bail bond industry cleared a critical hurdle in the House of Delegates Tuesday, but opponents still vowed to block it from reaching the floor of that chamber, Michael Dresser writes in the Sun.

INTERNET PRIVACY: Democratic lawmakers in Annapolis get another bite at the apple to pass an Internet privacy law before the 2017 session ends next Monday, reports Daniel Menefee for MarylandReporter. In a party-line vote on Tuesday the Senate voted, 33-14,to suspend the rules and approve introduction of a late bill, Internet Consumer Privacy Rights Act of 2017. Republicans in the House of Delegates had blocked a similar measure on Monday.

HOUSE OKs MEDICAL POT BILL: The House of Delegates approved legislation Tuesday that would overhaul Maryland’s system for regulating medical marijuana while expanding the number of grower’s licenses to open the industry to minorities, reports the Sun’s Michael Dresser. The 90-45 vote, enough to override a possible veto by Republican Gov. Larry Hogan, sends the bill to the Senate with less than a week remaining in the General Assembly session.

BILLS & YOUR BUSINESS: Holden Wilen of the Baltimore Business Journal writes that with less than a week remaining in the General Assembly session, lawmakers still have a lot of work left to do on issues like paid sick leave and medical marijuana. It seems imminent that some form of the legislature’s paid sick leave bill will pass. The Senate passed HB1, or the Maryland Healthy Families Working Act by a 29-18 vote. That means the Senate has enough votes to overturn a veto by Gov. Larry Hogan, who has promised to do so if the bill passes.

NOMINEE WITHDRAWAL DRAWS IRE: Gov. Larry Hogan’s decision to withdraw his nominee for secretary of the Department of Health and Mental Hygiene is drawing the ire of key senators, including Senate President Mike Miller, reports Bryan Sears for the Daily Record. A spokesman for Hogan said the move was made because they were told the secretary-designee would not receive a vote even as Democrats and some Republicans said there was every indication the nomination was moving forward.

WATER FIGHT: Anne Arundel lawmakers are wading into a decades-long disagreement between water skiers and homeowners along a creek in Crownsville with a new bill focused on the hours skiing is permitted, reports Amanda Yeager for the Annapolis Capital. Nearby residents have protested the new hours, arguing they infringe upon non-skiers’ use of the creek. Waterskiers counter that they are not a disruptive presence.

HYATTSVILLE DEFIES TRUMP: The Hyattsville City Council defiantly voted Monday night to declare itself an official “sanctuary city,” backing a bill that would prohibit its small local police force from enforcing federal immigration law, Arelis Hernandez reports for the Post. The preliminary 8-2 vote — which must be confirmed in two weeks — could make the Maryland suburb a target for the Trump administration, which has promised to withhold federal dollars from sanctuary jurisdictions and says such policies undermine public safety.

SECURITY FOR MO CO COUNCIL: The Montgomery County Council voted unanimously Tuesday to place security checkpoints for the first time at two entrances to its Rockville office building, writes Bill Turque in the Post. With no discussion, the council voted 9 to 0 to spend $300,000 for contract security guards, walk-through metal scanners and other equipment. 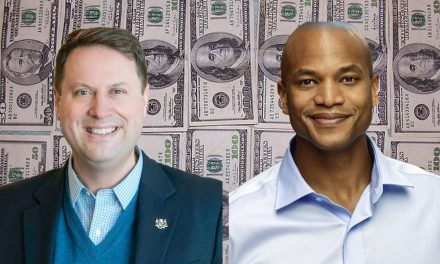