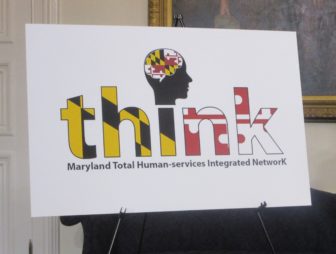 SOCIAL SERVICES UPGRADE: Gov. Larry Hogan on Thursday announced plans that he said would improve the state’s social safety-net programs and help break the cycle of poverty for struggling families, Josh Hicks reports for the Post. Hogan (R) launched a commission to recommend ways of providing assistance that focuses more on families rather than individuals, and announced an initiative to modernize the state’s case-management systems so agencies can provide services more efficiently.

BUDGETING PROBLEMS: Despite Maryland’s apparent prosperity, the state has a perennial budget problem. Maryland is in the Top 10 for average annual wage and an unemployment rate a half-percent below the national average. But it also has a structural deficit expected to reach $1.2 billion by fiscal year 2022. And on Thursday, the state’s Board of Revenue Estimates announced that its projections for the current fiscal year have been reduced by $35 million, Jake Brodsky of CNS writes.

HOSPITAL LIABILITY: Hospital attorneys battled the plaintiffs’ bar Wednesday over legislation that would render inadmissible in court statements made to patients during a health care facility’s investigation of potential malpractice if the facility has established a program for keeping patients abreast of possible negligence, Steve Lash of the Daily Record reports.

PUPPY MILL LAW THREATENED: The effectiveness of a new Maryland law banning pet shops from selling dogs raised in “puppy mills” is in question after the U.S. Department of Agriculture removed an online database of animal welfare reports from its website, writes Ian Duncan for the Sun. The move by the federal agency threatens to undermine the compromise measure, which sailed through the General Assembly last year with the backing of animal welfare advocates and the pet industry. State law only permits sales of dogs from breeders with a good track record of USDA inspections.

A REAL ROAD KILL BILL: After months of Gov. Larry Hogan publicly criticizing a transportation transparency law last year that he refers to as the “Road Kill Bill,” one lawmaker has introduced his own interpretation. Del. Marc Korman decided a bill was needed that takes the Republican governor’s nickname — which has been panned by Democrats — and attaches it to what he calls a serious subject: dead and decaying animals on the side of the road, Cara Newcomer of CNS reports.

PARENTAL RIGHTS: Legislation in the Maryland General Assembly would enable a court to revoke parental rights of an individual who has been found to have committed rape against the other parent and if a court finds that it is in the child’s best interest to remove the parental rights, Carrie Snurr reports for CNS. The Maryland House of Delegates voted unanimously to send the bill to the Senate Thursday.

TEXTBOOK COST SAVINGS ACT: As the cost of college has skyrocketed, students and parents could soon get relief on expensive textbooks under the Textbook Cost Savings Act of 2017 that would provide funding to develop free open source learning materials, Daniel Menefee reports for MarylandReporter.com. “The state is moving rapidly towards free textbooks online,” said the bill’s sponsor Sen.  Jim Rosapepe, D-Prince George’s, in an interview. “If the bill passes it will be state policy that we want to move in that direction as much as possible.”

TUITION BREAK FOR AmeriCorps: A bill that would give in-state tuition rates to AmeriCorp volunteers who’ve served all their hours in Maryland passed the House of Delegates, 86-50, on Thursday in a party line vote. Republicans objected that residents could be bumped from admission to Maryland colleges to give in-state slots to non-residents.

LAWMAKERS QUESTION FIRING: State lawmakers have called on Gov. Larry Hogan’s administration to testify publicly whether political pressure prompted the firing of the longtime manager of the state’s crab population, the Sun’s Scott Dance is reporting. They are asking state Natural Resources Secretary Mark Belton and other members of the Hogan administration to answer their questions at a Monday afternoon hearing before dozens of members of both chambers of the General Assembly.

HOGAN NOMINEE STILL UNDER SCRUTINY: Gov. Larry Hogan on Thursday called for a Senate vote on his planning secretary nominee, but senators continue to scrutinize how she ran the state’s planning office as an interim appointee the last eight months, Danielle Gaines of the Frederick News-Post reports. New Market resident Wendi Peters faced a number of questions during a hearing before the Senate Executive Nominations Committee last month, and committee members continue to receive feedback on her nomination.

AID & OVERSIGHT FOR CITY SCHOOLS: Gov. Larry Hogan criticized the Baltimore City school system for its money management Thursday and suggested that additional financial oversight might be part of any deal to send more state aid to the city, Michael Dresser is reporting in the Sun.

NUISANCE PARKING: Local governments would have more authority to remove nuisance cars parked on their roads under legislation presented Thursday by Del. Neil Parrott. Tamela Baker of the Hagerstown Herald-Mail writes that the question, however, for several members of the House Environment and Transportation was whether the problem couldn’t be better addressed with local ordinances.

INCLUSIVENESS IN HOWARD: Fatimah Waseem of the Howard County Times reports that Howard County Executive Allan Kittleman reaffirmed the county’s commitment to inclusiveness and equality, regardless of immigration status. The announcement on Wednesday comes on the heels of a failed council bill, vetoed by Kittleman, that would have codified protections in the county for non-documented immigrants.

SARBANES ON FRONT-LINE: Josh Kurtz of Maryland Matters writes that, as the battle over Republican legislation to dismantle the Affordable Care Act rages this week on Capitol Hill, only one member of the Maryland congressional delegation is involved in the minute-by-minute machinations: Rep. John Sarbanes (D), a member of the Energy and Commerce Committee, one of two House panels working on the GOP’s American Health Care Act. Sarbanes is not happy. He’s disgusted by the legislation itself and by the process that produced it.