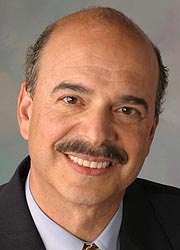 MORHAIM ACTED IMPROPERLY: Fenit Nirappil of the Post reports that Del. Dan K. Morhaim improperly advocated for changes to medical marijuana policies without publicly disclosing that he was a paid consultant to a prospective cannabis dispensary, according to a report by the ethics committee of the Maryland General Assembly.

SENATE REVIVES O’MALLEY SEPTIC RULE: The Maryland Senate on Thursday killed but later revived a bill that would reinstate Gov. Martin O’Malley’s 2012 rule requiring installation of advanced technology in homes built on septic systems, even when they are located outside the “critical areas” that border the Chesapeake Bay and its tributaries. The legislation initially failed a preliminary test vote, 23-22. Then, Sen. Ulysses Currie, who had voted with the majority, moved to reconsider that vote. The matter was then put off until today, writes Michael Dresser in the Sun.

HOGAN’s WATERED-DOWN VICTORY: Gov. Larry Hogan won a qualified victory Thursday as the Senate unanimously passed his water pollution credit trading bill in a highly watered-down form. Michael Dresser of the Sun reports that the governor’s Clean Water Commerce Act, which now goes to the House of Delegates, came into the General Assembly as an ambitious proposal allowing farmers, governments and others that reduce their pollution to sell credits to others that are having a harder time controlling their pollution of the state’s waters.

DEMS MOVE TO RESCIND CALLS FOR CONSTITUTIONAL CONVENTION: Responding to fears about how President Trump and a runaway constitutional convention might tamper with the U.S. Constitution, Democrats at the State House are moving closer to rescinding decades-old calls for a constitutional convention to deal with issues of the day. A Senate resolution that would  “rescind, repeal, cancel, void, nullify, and supersede” four historical applications to the U.S. Congress for a convention was adopted in the Senate on Thursday. Republicans fought in vain for an amendment to keep the 1975 call for a balanced budget open for seven years, reports Daniel Menefee for MarylandReporter.com.

LIMITING JUVIE STRIP SEARCHES: Legislation to limit strip searches of juvenile inmates to when guards have written authorization based on a reasonable belief the children are hiding weapons, drugs or means to escape drew praise from civil libertarians and public defenders Wednesday but scorn from the Maryland Department of Juvenile Services and correctional workers, who said they need broader leeway to protect the children as well as themselves, Steve Lash reports in the Daily Record.

ARRESTS WITHOUT CONVICTION: House Bill 840, introduced by Del. Erek Barron, D-Prince George’s, would allow crimes an individual was not convicted of to be removed from the Maryland Judiciary Case Search website even when one or more charges arising from the same incident resulted in a conviction. Normally, the “unit rule” prohibits part of a case from being expunged if the individual was found guilty of any of the offenses, Heather Cobun of the Daily Record reports.

OPIOID PSA VIDEO: Gov. Larry Hogan does a sobering video about opioid abuse with actor Michael Kelly who struggles with addiction as a close aide to fictional President Frank Underwood in the Netflix series House of Cards, filmed in Maryland. Neither the public service announcement, nor the press release about the video from the governor’s office mentions the series by name. There’s a 30-second video as well.

ADDRESSING DRUG EPIDEMIC: A community struggling to come to grips with the heroin epidemic was told Thursday night that there is no end in sight, as officials presented overwhelming facts and figures pointing to a rising tide of death, Dave McMillion of the Hagerstown Herald-Mail reports.  The reports came during an opioid addiction workshop held at Northern Middle School in Hagerstown that was sponsored by U.S. Rep. John Delaney. The workshop began at 6 p.m. in a room where participants could visit stations being staffed by professionals, ranging from medical providers, support groups and other organizations that can get people the help they need.

DRESS CODE? It’s not often you hear the president of the Maryland Senate grilling an acting cabinet secretary on fashion choices, but that’s just what happened Monday night. “If I come in with a pair of loafers and no socks on, what happens to me?” Mike Miller asked Maryland’s acting Planning Secretary Wendi Peters during a meeting of the Senate Executive Nominations Committee. Peters responded, having already noted that the dress code in question was put in place in 2015 by her predecessor, David Craig: “Since I’ve been secretary, nothing has happened. Those are guidelines.” Danielle Gaines reports about the exchange for the Frederick News-Post.

FROSH SEEKS SAFE PLACES FROM RAIDS: Anticipating stepped-up efforts to deport people who are in the country illegally, Maryland Attorney General Brian E. Frosh wrote to federal authorities Thursday asking that they declare the state’s courts, schools and hospitals off limits to immigration agents, reports the Sun’s Ian Duncan. In a letter to the heads of the Department of Homeland Security and immigration and border enforcement agencies, Frosh wrote that the lives of people in the country illegally could be put in danger if they are scared to use the justice system or get medical help.

BAY ADVOCATES FEAR FED CUTS: Chesapeake Bay advocates are grappling with the idea that the federal government might play virtually no role in the estuary’s cleanup under President Donald Trump after it was reported that the White House has proposed a 93% budget cut to a key program, Scott Dance of the Sun reports.

MATTHEWS NAMED INTERIM DEM PARTY CHAIR: Kathleen Matthews, who was just named interim chair of the Maryland Democratic Party, said Thursday that the selection of a four-year party chair will be “inclusive and transparent.” Bill Turque and Josh Hicks of the Post write that Matthews unsuccessfully sought the 2016 Democratic nomination for Maryland’s 8th Congressional District seat. She said she intends to run for a full term as party chair in May but will “empower the staff, central committees and build the party infrastructure in the meantime.”

ANOTHER WRONG KATHLEEN: Josh Kurtz of the newly minted Maryland Matters political website kicks off a long column by addressing the state’s seemingly out of touch Democratic Party and asking: Are Democratic leaders about to go over the cliff with another out-of-touch Kathleen? Kathleen Matthews, the erstwhile congressional candidate, Marriott executive and TV personality, was named temporary state Democratic chairwoman Wednesday night — and is likely to win a full four-year term in May.   For all her smarts and skills as a communicator, which, Lord knows, the Democrats need, Matthews seems to be the wrong candidate at the wrong time, Kurtz writes.

FICKER TO RUN FOR MO CO EXEC: Perennial Republican candidate Robin Ficker is planning to run for Montgomery County executive and use the county’s public financing system to fund his campaign. Ficker filed documents about his intent to use the system Feb. 8 with the state’s Board of Elections, according to online records. He joins three County Council members — Democrats Roger Berliner, Marc Elrich, and George Leventhal — who are planning runs for county executive. Elrich and Leventhal also plan to use the public financing system. Andrew Metcalf reports the story for Bethesda Beat.

CARSON OK’d FOR HUD HEAD: Retired Johns Hopkins neurosurgeon Ben Carson was confirmed by the Senate on Thursday to lead the Department of Housing and Urban Development, a position that President Donald Trump has described as central to his effort to revitalize the nation’s cities, John Fritze reports in the Sun.