SENATE PASSES RAPE VICTIMS BILLS: The Maryland Senate unanimously passed a bill Thursday that would get rid of a requirement that rape victims show they resisted their attacker in order for prosecutors to get a conviction and another setting standards for how to deal with key evidence in rape cases, Ian Duncan writes in the Sun.  There was no debate on the Senate floor about the bills, which are also being considered by the House of Delegates.

SICK LEAVE BILL MOVES ON: A bill that would require Maryland employers to provide many of their workers the opportunity to earn paid sick time cleared a key hurdle in the General Assembly Thursday, Pamela Wood reports in The Sun. The House of Delegates Economic Matters Committee voted 14-9 to send the measure to the full chamber for consideration. The House could take it up next week.

MINIMUM WAGE BILL DIES: A bill in the Maryland General Assembly that would prohibit counties and cities from increasing the minimum wage in their jurisdictions lacks the votes needed to move forward this session, Ovetta Wiggins of the Post reports. “I don’t believe the support is there,” said Del. Dereck E. Davis (D-Prince George’s), the bill’s sponsor and chairman of the House Economic Matters Committee. He said that the bill will die in committee. 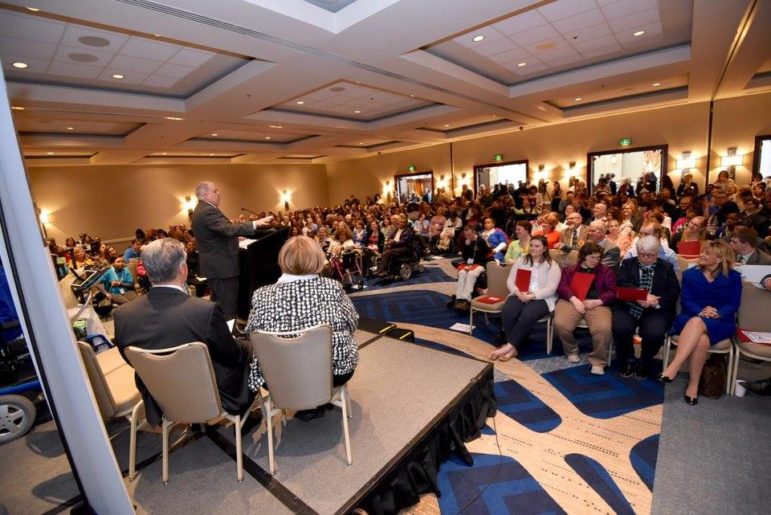 HOGAN AGENDA GETS HEARINGS: Lawmakers this week began hearing testimony and debating several key pieces of Gov. Larry Hogan’s legislative agenda, including his proposed repeal of the Maryland Open Transportation Investment Decision Act of 2016. The act, which Hogan calls “the Road Kill Bill,” has become a point of bitter partisan contention between the Republican governor and the Democrat-controlled legislature, Jacob Taylor reports for Capital News Service.

FOR MORE TREATMENT: Hundreds of people packed Lawyers Mall in Annapolis Thursday to urge lawmakers to “keep the door open” for mental health and substance abuse treatment, writes Pamela Wood in the Sun. Sen. Guy Guzzone, a sponsor of the Keep the Door Open Act, said that too often mental health and substance abuse treatment are considered the “stepchild” of the health care system.

REPORTING ABUSE: The editorial board of the Sun opines that Del. Eric Luedtke came up with what seemed like an easy way to protect children: Create a single number that anyone can call to report possible abuse or neglect. Legislation he introduced would take advantage of Maryland’s existing 2-1-1 system to centralize reporting. But the proposal has run into strong resistance from local DSS directors, all 24 of whom signed on to a letter opposing it.

ZIRKIN ‘INSULTED:’ A Baltimore city judge called Sen. Bobby Zirkin “unethical” during a hearing last month for attempting to use his legislative privilege to delay a medical malpractice case by entering his appearance on behalf of the defendants less than two weeks before trial and seeking a postponement. But, reports Heather Cobun for the Daily Record, Zirkin said Wednesday the judge’s remarks as well as statements made by plaintiff’s counsel are “unbelievably insulting and false.”

FROSH HAS ‘NO PLANS’ TO SUE FEDS: Attorney General Brian E. Frosh said Wednesday that he has no immediate plans to sue the federal government but needs the authority in light of President Donald Trump’s “chaotic” executive orders, including his prohibition on the entry of nationals from seven Muslim-majority countries, even if they are authorized to be in the United States. The order has been stayed by 9th U.S. Circuit Court of Appeals. Steve Lash writes the story for the Daily Record.

HOGAN ATTENDS GOVERNOR’s MEETUPS: WMAR-TV is reporting that Gov. Larry Hogan is heading to Washington, D.C., today to meet with the Trump administration and other Republican governors. He’s participating in the National Governors Association and the Republican Governors Association meetings. He will also be attending a luncheon with Vice President Mike Pence at the Naval Observatory.

DUELING FREDERICK ETHICS BILLS: Frederick County’s state senators made their pitches on Thursday for competing ethics reform bills at a Senate committee hearing. The outlook for either bill is unclear, since neither has the full support of the county’s delegation. The measure that Sen. Ron Young presented to the Senate’s Education, Health and Environmental Affairs Committee is backed by County Executive Jan Gardner and community groups. Danielle Gaines of the Frederick News Post writes that Young acknowledged from the start that Sen. Michael Hough would present a different ethics bill to the committee and that Hough’s bill had garnered support from a majority of the county’s General Assembly delegation.

DELANEY TO HOLD OPIOID WORKSHOP: U.S. Rep. John K. Delaney will host an Opioid Addiction Workshop next week in Hagerstown. Delaney, D-Md., said Thursday during an interview with Hagerstown Herald Mail that the workshop will feature experts from a number of agencies, including the U.S. Drug Enforcement Administration and the Washington County Health Department.

RUPPERSBERGER MEETS CONSTITUENTS: Concerns over repeal of the Affordable Care Act and immigration policies took center stage during a town hall meeting hosted by Democratic 2nd District U.S. Rep. Dutch Ruppersberger Wednesday evening held at the Towson Library. Rachael Pacella of the Towson Times writes that Ruppersberger said he had organized this and other meetings because he was hearing from constituents concerned about what is “going on in Washington,” and wanted to make himself accessible.

REP. HARRIS A NO-SHOW: More than 200 people showed up for a town hall meeting on the future of the Affordable Care Act at Harford Community College Tuesday evening, but the one person who those in attendance needed to hear their concerns – U.S. Rep. Andy Harris – was not there, David Anderson reports for the Aegis.

HARRIS SAYS HE WILL HOLD TOWN HALL: Rep. Andy Harris, who has been under pressure from constituents concerned about the repeal of the Affordable Care Act, said Thursday he will hold a town hall meeting with voters at the end of March, once Republicans unveiled a replacement plan. John Fritze reports for the Sun that Harris has come under fire from some constituents for holding tele-town halls instead of an in-person meeting as Republicans across the country have faced pointed questions about the Obamacare repeal at similar gatherings.

METRO IN TROUBLE: Metro’s financial problems are so severe that the agency needs to obtain $800 million in loans and a long-delayed federal grant by September to avoid running out of money, District officials said this week. The Post’s Robert McCartney and Faiz Siddiqui report that, describing Metro’s cash-flow condition as “very serious,” an official in the District said that without the infusion of cash, “they’re insolvent.”

AA MAY AID FEDS ON IMMIGRATION ENFORCEMENT: Anne Arundel County could become the third Maryland jurisdiction to join with the federal government in enforcing immigration laws, as the Trump administration pushes a crackdown on people who are in the country illegally, reports Pamela Wood in the Sun.

ALUMNI TO RALLY OVER PULLED POSTERS: Westminster High School alumni are organizing a rally next week to protest a decision by Carroll County schools to remove posters from classrooms that officials said were political in nature, the Sun is reporting. They scheduled their Rally for Diversity for March 3 outside the county’s Board of Education — the latest protest after teachers at the high school were told last week to remove “We the People” posters they had hung in classrooms. 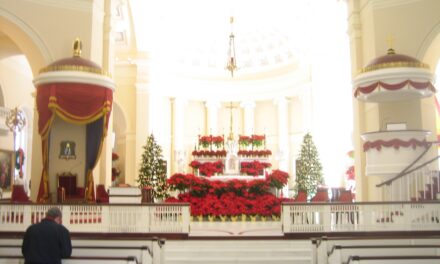