80,000 more salaried workers could get overtime pay under proposed bill 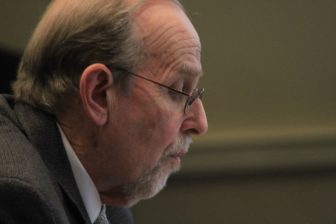 But the bill’s sponsor says companies have avoided paying overtime for decades by unfairly classifying hourly workers as salaried employees.

“This salary level has not been changed since 2004 and is now less than the poverty level for a family of four,” said Del. Jimmy Tarlau, D-Prince George’s, in testimony before the House Economic Matters Committee on Tuesday.

The bill mirrors a rule change to the Fair Labor Standards Act attempted by President Obama but now tied up in court. The rule change was to go into effect on Dec. 1, but U.S. District Court Judge Amos Mazzant III in Texas, granted a nationwide injunction against the rule change a week before it was to take effect.

Tarlau wants to advance the rule change at the state level because of low expectations that President Trump’s new pick to head the U.S. Department of Labor, R. Alexander Acosta, will defend the ruling in court. Maryland’s Wage and Hour Law has traditionally been tied to the federal standards, according to the legislative staff analysis.

By classifying ordinary workers as “supervisors,” companies have exempted many of their workers from receiving overtime pay, Tarlau told the committee on Tuesday.

“This means that a supervisor at a McDonald’s who makes $455 a week might be working 76 hours a week without extra compensation and might actually only be making $7/hour or less than the minimum wage,” Tarlau said. “We ought to close this loophole and restore this law’s coverage and the right to overtime pay to what they were back when America was a great place for working Americans.”

Ross Eisenbrey, vice president of the Economic Policy Institute, told the committee that 60% of the population was covered under federal law up until 1975 and received overtime after 40 hours of work. He said currently less than 8% of working adults receive overtime pay because of the low salary threshold.

If passed, the income levels would have to be recalibrated every three years, following a formula based on the wages of the poorest area of the U.S. It would be the 40th percentile of full-time wages “in the lowest-wage Census Region,” which is currently the Southeastern United States and calculates to $913 per week, or $47,476 annually.

But nonprofit and business groups say raising the income threshold for the exemption is unaffordable.

“Our workforce is the backbone of the community services,” said Lauren Kallins, director of government relations for the Maryland Association of Community Services, which represents over 100 service providers for people with intellectual and developmental disabilities. “We are Medicaid providers. Unlike other businesses we are also prohibited from passing on costs or fees to the people we support.”

Kallins said most of the providers are nonprofits operating on thin margins due to the Medicaid reimbursement rate that is only a smidgen above the minimum wage.  She said 67% of the workforce she represents, roughly 13,000 salaried employees, would be eligible for overtime pay under the bill.

Cailey Locklair Tolle, president of the Maryland Retailers Association, said the bill would reduce wages and benefits, discourage bonuses and advancement opportunities and reduce hours and income stability to workers. She also said a small business owner would be unable to allow exempt workers with children to work from home if they were reclassified as hourly employees.

“In our industry we have a very narrow profit margin and very high labor costs,” said Melvin Thompson of the Restaurant Association of Maryland. He said if the bill passes the industry would likely move to reclassify chefs and managers to hourly status, which would affect morale and reduce the fringe benefits they receive as exempt employees.

“Many of those employees have worked hard to reach a management level and they would view the reclassification as a demotion,” Thompson said.

Tarlau said companies could either pay the overtime or hire more workers. He said the time off to spend with family was sacrosanct and the intent of the Fair Labor Standards Act.

“Overtime regulations serve a double purpose,” Tarlau said. “By requiring time-and-a-half pay after 40 hours in a week, they discourage excessive work hours but they also more fairly compensate employees who do work long hours. If an employer needs to keep an employee at work beyond the 40 hours of a normal work week, making it harder for the employee to care for her family, engage in civic life, or even work a second job, [the employer] should pay for that time.”

The Fair Labor Standards Act was a Roosevelt-era law that established the 40-hour work-week and provided for overtime pay at 1.5 times the hourly rate for workers. Since it was enacted in 1938 it has been adjusted for inflation eight times, most significantly in 1975 during the Ford administration and then not until 2004 when the Bush administration set the exemption floor at $23,660.

White- and blue-collar workers have been made exempt from overtime by merely giving them a title.

The Texas court agreed that “any employee employed in a bona fide executive, administrative, or professional capacity” was exempt from overtime but also found that Congress made no salary test for the exemption. But the U.S. Department of Labor appealed, insisting the 1938 law gave them the power to set new salary thresholds for white-collar workers through regulationas had happened under the Ford and Bush administrations.