IMMIGRANTS, SANCTUARY & FEAR: Maryland’s three minority-based legislative caucuses have begun what they say is their first-ever joint effort to push for a new law, urging passage of a bill that would limit the state’s cooperation with deportation authorities, Josh Hicks of the Post reports. Members of the Latino, black and Asian American Pacific Islander caucuses gathered in Annapolis Monday to support the Trust Act, which aligns with so-called “sanctuary” policies that cities and counties throughout the country have adopted in recent years.

CONCERN OVER CAMPUS GUN BAN BILL: A General Assembly bill that passed the House on Friday could send an innocent person to jail for three years if it becomes law, according to Del. Wendell Beitzel. Michael Sawyers of the Cumberland TImes News writes that House Bill 159 would make it illegal to have a firearm on a college campus, including one for which the owner has a concealed-carry permit. The legislation advanced to the Senate by way of a 84-49 vote. This law is already in place for schools K-12.

TEACHING ‘YES MEANS YES:’ Two Maryland lawmakers are pushing legislation that would require the state’s public schools to teach a “yes means yes” standard for sexual consent, wading into a national debate as they try to change the way young people think about romantic relationships, Josh Hicks of the Post reports. Maryland would become only the second state to require public schools to teach affirmative consent if the legislature and Gov. Larry Hogan approve the proposal by Dels. Ariana B. Kelly and Marice Morales, both of Montgomery County.

FOREST DESTRUCTION ADDRESSED: More than 14,450 acres of Maryland’s forests have disappeared to development in the past eight years, and conservationists say that’s the good news. Before the recession dampened the building industry, roughly 7,000 acres of Maryland’s tree canopy vanished every year. Now, as the economy rebounds, environmentalists are seeking a stronger state law to prevent further degradation of one of the best filters of Chesapeake Bay pollution — contiguous forests that once blanketed the state, Erin Cox of the Sun reports. 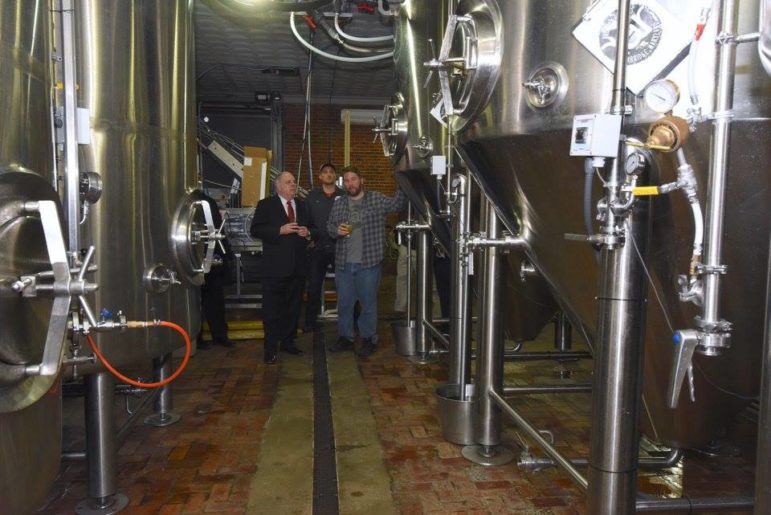 MILLIONS FOR EASTERN SHORE: Gov. Larry Hogan Monday pledged millions of dollars to revitalization projects, schools and roads on the Eastern Shore, writes Bryan Sears for the Daily Record. In a brief announcement at the Salisbury Chamber of Commerce, Hogan announced $1 million for revitalization efforts in that city and $29 million for other projects across the Eastern Shore. The governor also used the announcement to highlight legislation that he said would encourage manufacturers to locate in economically challenged areas, including the Eastern Shore, western Maryland and Baltimore City.

EMOTION BEHIND ASSISTED SUICIDE BILL: The introduction again of legislation that would allow people with terminal illnesses to obtain lethal doses of drugs with which to kill themselves has reignited the debate about assisted suicide in Maryland, writes Michael Collins in a column for MarylandReporter.com. That the passage of these laws relies so heavily on their raw emotional appeal should make us pause.  We need to ask some hard questions about these issues and think just as hard about their potentially ugly answers.

BIPARTISAN SUPPORT FOR REDISTRICTING REFORM: The editorial board for the Frederick News Post opines that while it has been supporting the ongoing effort by Gov. Larry Hogan to establish a nonpartisan commission tasked with redrawing legislative and congressional districts in the state, the governor’s call for redistricting reform has been an uphill battle with little backing from top Democrats in the state legislature. So, it was encouraging to read that former Gov. Martin O’Malley, a Democrat, now supports efforts like the one his Republican successor has championed.

FEES, PENALTIES & FAIRNESS: The General Assembly is considering intriguing issues about how Maryland, and its local governments, assess and collect fees, user charges, and penalties. These bills raise policy questions about cross-subsidies between people who pay on time, and those who don’t, writes Michael Sanderson in Conduit Street, the newsletter of the Maryland Association of Counties.

MORE PARKING NEEDED FOR FBI HQ: If Greenbelt is chosen as the site of the FBI’s new headquarters, planning officials think it will need about 60% more parking spaces than initially projected. The new consolidated headquarters is expected to house about 11,000 employees, but a draft Environmental Impact Statement released in 2015 estimated only 3,600 parking spaces would be needed if it was located in Greenbelt. The final EIS, which is due next month, will call for more than 6,000 parking spaces, Michelle Basch reports for WTOP-AM.

COLUMBIA AT 50: RELIGION: In the latest article on Columbia at 50, Len Lazarick of MarylandReporter.com writes about the impact of religion on this new planned community and the interfaith centers that were established, bringing different faiths together on one roof, and the shock that these utilitarian buildings brought to some of the more elaborate religions.

JEALOUS BACKS ELLISON FOR DNC CHIEF: Benjamin Jealous, the former head of the NAACP who became a leading surrogate for Sen. Bernie Sanders’ presidential campaign last year, endorsed Rep. Keith Ellison on Monday to lead the Democratic National Committee, John Fritze of the Sun reports. The endorsement came just days after 10 candidates to lead the national Democratic Party held a forum in Baltimore to debate the future of the Democratic party under President Donald Trump.

PETROUKA TESTIFIES IN ROBOCALL CASE: Anne Arundel County Councilman Michael Anthony Peroutka recorded seven messages that would be distributed to voters as robocalls in the days leading up to his 2014 election, reading from scripts given to him by his senior campaign manager at the time, Dennis Fusaro. Had he been asked to record the robocall that led to misdemeanor charges for Fusaro and another Republican strategist, Peroutka testified Monday, he would have declined, Megan Brockett of the Annapolis Capital reports.