HOGAN TEASES WITH “TOO GOOD TO BE TRUE” BUDGET: Gov. Larry Hogan outlined a state budget proposal Tuesday that he said would reduce spending next year without cutting services or increasing taxes. In a news conference at the State House, the Republican governor outlined broad details of the plan that will be presented to the Democratic-controlled General Assembly today, Michael Dresser of the Sun reports. The article is topped by a video of the announcement.

MATCHING GRANT ENDS TOMORROW: This is the final two days of a matching grant from the Knight Foundation to MarylandReporter.com, one of 57 nonprofit news organization from around the country that are receiving the matching grants for any donations received by Thursday, Jan. 19. Any donation of any size up to $1,000 will be matched dollar for dollar by the Knight Foundation, a major funder of nonprofit journalism. Contributions are tax deductible. So far we’ve raised over $12,000 that will be matched. This is our second major grant from the Knight Foundation. Thanks to many who have contributed, many first time donors.

STATE POLICE AUDIT: Maryland taxpayers could save $11 million annually if 127 of the current 1,426 uniformed positions in the Maryland State Police were replaced with civilian employees, according to a report released by the Office of Legislative Audits. The audit found the positions were not involved in daily law enforcement activities. Dan Menefee writes in MarylandReporter.com. The savings would be found in lower salaries and fringe benefits attributed to civilian employees, which would include a $7.8 million reduction in annual pension costs.

MVA PUSH ON SELF-DRIVING CARS: The state’s Motor Vehicle Administration is advocating legislation that would transfer regulatory power of self-driving cars to the agency and the state police, saying the change may improve safety on Maryland roads and reduce human error, reports Carrie Snurr for Capital News Service. 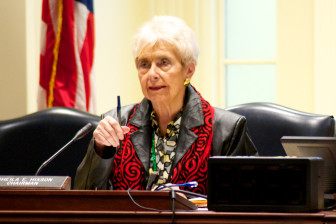 Del. Sheila Hixson had chaired the House Ways and Means for 23 years.

HIXSON STEPS DOWN FROM WAYS & MEANS CHAIR: Del. Sheila Hixson announced Tuesday that she’s giving up her position as chair of the House Ways and Means Committee. Del. Anne Kaiser, also a Montgomery County Democrat, will take over as chairwoman. Del. William Frick, another Montgomery County Democrat, will replace Kaiser as majority leader, Pamela Wood of the Sun reports. 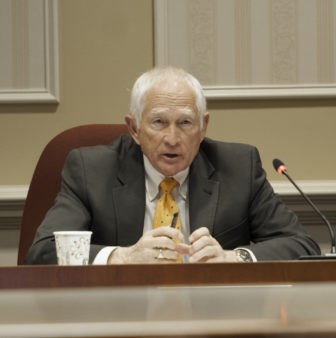 ASTLE TO RUN FOR ANNAPOLIS MAYOR: The Annapolis mayoral race grew on Tuesday with Maryland Sen. John Astle, D-Annapolis, confirming a run for mayor. Chase Cook of the Annapolis Capital reports that while Astle hasn’t filed for the race yet, he discussed his intentions Tuesday. He plans to file in a few weeks and continues to flesh out his election platform.

REFUNDS FOR POWER SWITCH: Jeff Salkin of MPT interviews Maryland’s People’s Counsel Paula Carmody, who says that  customers of Xoom Energy Maryland LLC have until Jan. 23 to claim refunds for being switched without notice from fixed to uncapped variable cost power.  Carmody tells MPT’s Direct Connection program that despite some high-pressure and misleading sales tactics in the industry, there’s been a 5% drop in Marylanders choosing competitive power suppliers. The interview happens within the first 15 minutes of the half-hour program.

METRO REFORMS TARGETED: Two local members of Congress are preparing legislation to reshape Metro’s governing structure by forcing the District, Virginia and Maryland to rewrite the transit agency’s 50-year-old compact.  The separate initiatives by U.S. Reps. Barbara Comstock (R-Va.) and John Delaney (D-Md.) reflect a growing sentiment in the Washington region that Metro’s problems can be fixed only with fundamental reforms in how the three jurisdictions oversee, manage and fund the agency, reports Robert McCartney and Jenna Portnoy for the Post.

RASKIN REVERSES ON INAUGURATION: John Fritze and Jeff Barker of the Sun report that freshman Rep. Jamie Raskin of Montgomery County, who represents the state’s 8th Congressional District, announced his decision not to attend Donald Trump’s inauguration just days after saying in an interview that he viewed attending the ceremony as a “constitutional duty” and that he did not want to “run away from this.” He said he could not stomach the Republican’s “relentless trafficking in bigotry, misogyny and fear.”

DEBATE, DIVISION ON SANCTUARY HO CO: A microcosm of the national immigration debate flared in Howard County’s packed government chambers Tuesday night as more than 500 community members staked a divided stand on a bill that would label Howard County as a “sanctuary” for undocumented immigrants, Fatimah Waseem of the Howard County Times reports.