This was written in response to Dee Hodges’ commentary on Wednesday: “Some ideas for legislative relief to help Maryland thrive.” Hodges responds at the bottom.

Giving more tax breaks to those at the top won’t create the good jobs Maryland needs. At the same time, it would undermine our future by making it harder for the state to invest in the things that do build a strong economy – like our schools, roads, emergency services, and health care.

States like Kansas and Ohio offer real-world examples of the perils of this misguided policy approach. Ohio cut its income and corporate taxes over a decade ago and still lags far beyond the national average in job growth. Maryland, by contrast, added jobs at a rate slightly above the national average during that same time period.

Since lawmakers in Kansas made drastic cuts to business and income taxes, average Kansans have seen many teachers laid off and watched money for road repairs disappear, among many other consequences of declining state revenues. At the same time, they have been paying more in sales and local property taxes. Going on five years since the tax cuts, the promised jobs and economic growth have not materialized in Kansas, either.

A strong business climate requires a well-educated workforce, modern infrastructure, and a good quality of life for employees. In order keep moving Maryland forward, we must continue to invest in these pillars of our economy.

This dominant governing philosophy is wrong

The challenge that Maryland can’t cut its way to growth represents the dominant governing philosophy in the state today.   I believe the opposite to be true that certain tax and regulatory cuts while at the same time reining in spending are the keys to our economic future.

During the O’Malley administration, various taxes were raised regularly over eight years while spending soared.  Income tax revenue dropped for a number of years.  During that time, several  thousand small businesses closed with few new ones.

Indiana has been a model state for spending, tax and other reforms under both Governors Mike Pence and before him, Mitch Daniels.  Other states in the Rust Belt of the Midwest and elsewhere are also reforming.

The philosophy of government decision picking favorites has often harmed others.  At one time, Maryland was the envy of other states with many Fortune 500 companies and full employment.  That is gone now.

Maryland can be great again if it turns back to the same philosophy that once made America an example to the world.  Governing officials need to recognize that the ingenuity of the people is better than government choices.  If one person fails, the economy can still grow and the person recover.  When government makes mistakes, they  persist for decades.  Let’s let loose of the brakes that hold the people and the economy back. 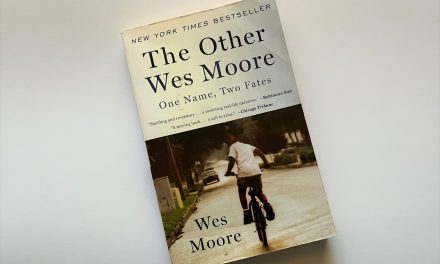