The legislative session starts next week and I suspect it will be ugly.

The legislature has a fairly comfortable pattern.  Year one focuses on getting the budget done and acclimating new members.  Year two is tax increases.  Year three is a mixture of taxes and spending, and year four is a spending blowout in order to get re-elected.

Gov. Larry Hogan threw a wrench in that well-oiled machine and Democrats are miffed.  They will go to extreme lengths to portray Hogan’s election as an aberration and make him a one-term governor

Democrats have tried to claim that Hogan’s 2014 election was a one-off.  But it came a year after Republican Mike Pantelides won the mayor’s race in Annapolis — the first time in recent memory that a Republican had won that office.  And, of course, Donald Trump just beat all odds to win the presidency in 2016 and Republicans won up and down the ballot in a year in which they were supposed to lose big.

This has be an abnormal year as indicated by the “Brexit” vote,  in which British voters chose to leave the European Union.  The world has been in turmoil for the past eight years as the Arab Spring and wars in Syria, Ukraine, and Russia’s annexation of Crimea demonstrate.

Maryland Democrats still have a voter registration advantage over all other registrants combined, but the Democratic Party is increasingly being torn between the old guard and the “progressive” wing.  This rift was on display during the democratic primary election between establishment Hillary Clinton and progressive Bernie Sanders.

That rift has been papered over in Maryland, but it simmers under the surface.  Democratic leaders at both the federal and state levels are geriatrics trying to ride the “progressive” tiger.

A similar dynamic is at play in Maryland; Speaker Michael Busch turns 70 on Wednesday and Senate President Miller  turned 74 last month while their Republican counterparts are Del. Nic Kipke (37) and Senator J.B. Jennings (42).  The average age for committee chairmen in the Maryland’s House and Senate is more than 67 years old.

A recent conversation with a longtime democratic operative—literally in a smoke-filled back room—revealed that as bad as Republicans think Mike Busch and Mike Miller are, they are the sane ones holding back the radical progressives who now dominate their party.

There are rumblings, however, that delegates from Prince George’s County may be tiring of Mike Busch’s leadership, and may move to advance their own Dereck Davis, chair of Economic Matters, for Speaker of the House.  This may be exacerbated by questions that surfaced last month about Speaker Busch’s health.

In the Senate there is no clear successor to Mike Miller, save the 71-year-old Mac Middleton.  That dam will break when Miller leaves the Senate. So where does that leave young, hungry progressives?

Massachusetts cemented its reputation as the bluest of the blue states in 1972 when it was the only state in the union to support George McGovern for president while such elected officials as Ted Kennedy, Michael Dukakis, and Barney Frank turned it into a partisan punch line.  Oddly, however, the Bay State also developed the habit of electing Republican governors. Such Massachusetts governors as Bill Weld, Paul Cellucci, Mitt Romney, and Charlie Baker are no fire-breathing conservatives, but they will tap the brakes on runaway government.

There is a real fear among local Democrats that Maryland voters could get comfortable with divided government too.  This may be especially true if the old guard gives way to the more radical progressives.  The thinking is that if the lunatics get to run the asylum then voters will be more inclined to support a moderate Republican governor for checks and balances.

When Bob Ehrlich won election in 2002, Senate President Miller said they would play nice for the first three years, but they’d break out the machine guns in year four. In 2006 he bragged, “We’re going to bury the Republicans six feet deep, faces up, so they won’t come out for 20 years.”  Eight years later, Larry Hogan is the governor and Republicans gained seats in the state House and Senate.

We should expect this legislative to try to dent Hogan’s 70% approval rating.  Should Hogan be re-elected in 2018, he would be in position to influence redistricting which would threaten the Democrats’ veto-proof majorities in both chambers.

Letting a governor occasionally block a tax increases is one thing.  But letting voters choose their representatives is a bridge too far.  Expect Busch and Miller to engage in savage partisan attacks against Hogan — while yelling that Hogan is the partisan.

The key is whether the public, which has shown itself immune to such exhortations in the 2013 Annapolis mayor’s race, the 2014 governors race, and the 2016 presidential race will do as they’re told.

If past is prologue, expect partisan warfare in Annapolis until it no longer works. 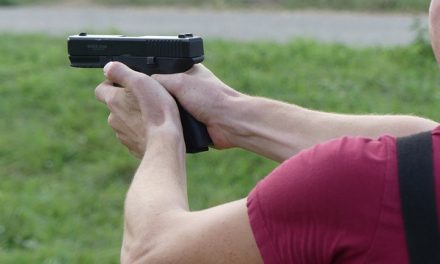 Race, Racism, and Guns: The Case Against the Gun Safety Act of 2023