POISED FOR FIGHT OVER INDUSTRIAL ARRAYS: On an isolated 100 acres of farmland where corn and soybeans once grew, a different sort of crop has sprouted — one that hums quietly when skies are clear. Scott Dance writes in the Sun that while clean energy advocates and regulators are trying to help the state manage its power supply, local officials and the homeowners they represent are wary of massive new installations rising in their communities.

STATE WON’T JOIN EPA LAWSUIT: Maryland officials won’t be joining New York and a handful of other Northeastern states that recently filed a lawsuit against the Environmental Protection Agency demanding it hold other states responsible for the air pollution they send downwind, Scott Dance reports for the Sun.

POT COMMISSION MEMBER DEFENDS CHOICES: A key figure on the Maryland Medical Cannabis Commission defended the panel’s decisions on who received licenses to grow marijuana for medical use amid accusations that politically well-connected applicants were selected over better-qualified companies, writes Michael Dresser in the Sun. Cheverly Police Chief Harry “Buddy” Robshaw, who chairs the growers subcommittee of the commission, said the differences in the scores of the top applicants were very small. The top 15 applicants — which received preliminary growers licenses — were “about interchangeable,” he said.

HOGAN TRIGGERS SCHOOL FIGHT: Gov. Larry Hogan’s action to amend his post-Labor Day executive order to make clear that only a handful of charter and other specialty schools and school districts that traditionally have a lot of weather-related closings will be eligible for calendar waivers has triggered a potential battle with his own state Board of Education and left conservative policy experts as well as local school officials accusing the popMarylandReporter.comular governor of imposing a mandate that may help tourism on the Eastern Shore but may not be in the best interest of students, Ovetta Wiggins of the Post reports.

INTERLOCK EXPANSION: A Maryland prosecutor said he hopes to expand the use of interlock devices to cover gaps in a new law that expanded their use, Fredrick Kunkle reports in the Post. John McCarthy, the Montgomery County state’s attorney, said this week that prosecutors in the Washington suburb will be asking judges to order the use of interlocks even in cases in which first-time offenders can avoid a conviction by agreeing to a term of probation.

STRENGTHENING OPENNESS: Rebecca Snyder of the Maryland-Delaware-DC Press Association, in a letter to the editor of OC Today, writes that the Open Meetings Compliance Board and the Public Information Act Compliance Board have shown that the state has a long way to make significant progress regarding government transparency in Maryland. The boards have limited jurisdiction and no ability to compel government to release information or to open meetings. However, the compliance boards are making the most of their purview. 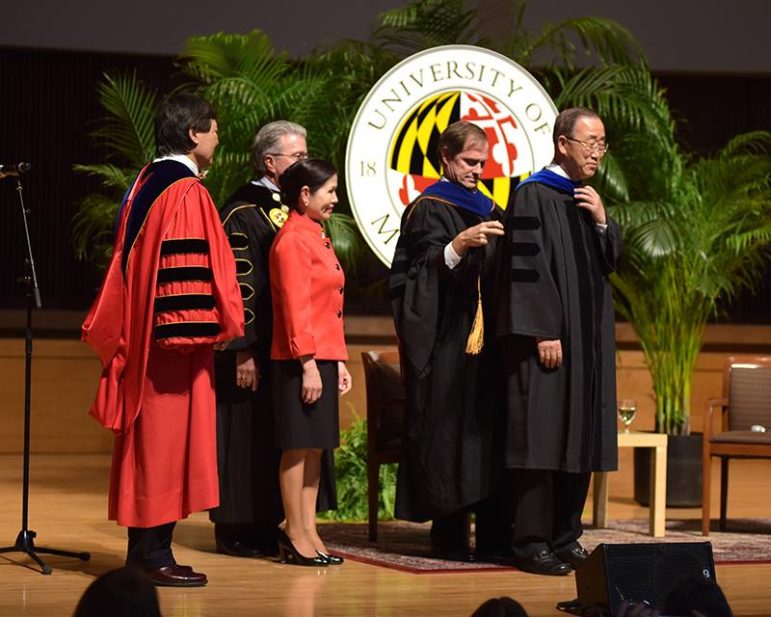 HOGAN CAMPAIGNS FOR FEW: Republican Gov. Larry Hogan is the most popular political figure in Maryland, but this election season he has largely kept his star power to himself, reports Erin Cox in the Sun.  In a polarizing election, Hogan has eschewed a governor’s traditional role as de facto head of his political party. He has endorsed just four candidates, headlined a handful of fundraisers and made few public appearances with candidates on the campaign trail. “I don’t think I have an obligation to elect Republicans,” Hogan said during a recent swing through Western Maryland. “I’m going to help the people I think are doing a good job.”

COX V. RASKIN: Democratic and Republican primary voters in Maryland’s 8th Congressional District could not have picked candidates with more divergent views than state Sen. Jamie B. Raskin and Emmitsburg lawyer Dan Cox. Bill Turque of the Post reports that Cox (R) dismisses forecasts about the consequences of climate change as an unscientific pretense for more government and corporate intrusion into people’s lives. Raskin (D) regards global warming as the world’s most urgent public policy issue and wants to tax carbon polluters to pay for renewable energy development that, he says, “will be the salvation of our species.”

HOEBER V. DELANEY: There is a stark difference in tone between the campaigns of U.S. Rep. John Delaney and Republican challenger Amie Hoeber that recalls the summertime convention speeches of Donald Trump and Hillary Clinton, David Dishneau of the AP reports at WTOP-AM.  Like Trump, whom she half-heartedly supports as her party’s presidential nominee, Hoeber describes an America threatened by national security failures. Echoing Clinton’s hopeful themes, Delaney proclaimed his faith in America’s youth and the nation’s entrepreneurial spirit.

COLONIAL GOVERNOR CALVERT: Michael Ruane of the Post writes about the Philip Calvert, the colonial governor of Maryland, and the remains of him and his family that were buried in St. Mary’s City, at the time the capital. It’s fascinating history, and thanks to the Smithsonian researchers, we know more about their lives.

CAMPAIGN SIGNS VANDALIZED: Like other Republicans, state Sen. Gail Bates has had a campaign sign for Republican presidential candidate Donald Trump in her yard. But her sign is now lodged several feet from the ground in a tree as vandalism and theft of Trump campaign signs increases across Howard County. Large Trump signs have been burned, ripped and vandalized throughout the county, a streak local party leaders and elected officials said is indicative of an unprecedented divisive and polarizing political climate, reports Fatimah Waseem for the Howard County Times.

HOLD NOSE, VOTE TRUMP: With just weeks to go before the presidential election, most Carroll County elected officials, all Republicans, indicate they will cast their vote along party lines for GOP nominee Donald Trump, though few say they are completely satisfied with their options, Heather Norris of the Carroll County Times writes. “It’s kind of a shame that out of 320 million people in this country, these are the two best that we can come up with,” said Del. Haven Shoemaker, R-District 5. “I’m going to hold my nose and vote for Trump. Not happily.” Others said they cannot commit to a candidate.

ART BUIST, LONGTIME RADIO REPORTER, DIES: Fred Rasmussen of the Sun reports that Art Buist, an attorney and broadcaster who was a longtime radio reporter on WJHU and WYPR, died Wednesday of complications from a stroke at Keswick Multicare Center. The former Rodgers Forge resident was 62. “Art Buist was just a decent and kind human being and an incredible reporter. He was tenacious and went out and got good stories,” said Marc Steiner, host of WEAA’s “The Marc Steiner Show.”

BEHIND-THE-SCENES MOVER JOHN PATERAKIS DIES: John Paterakis, the risk-taking Baltimore native who built his H&S Bakery into the largest privately owned bakery in the country and redeveloped Harbor East, died Sunday at Johns Hopkins Hospital from complications of myelodysplasia, a bone marrow disorder, his family said. He was 87. He was known in local political circles for his financial support for candidates, most of them Democrats. He became known as “the bread man,” a reference not only to his bakery but also his financial clout and political influence, Jacques Kelly and Carrie Wells report in the Sun.