Rascovar: A tale of two conventions 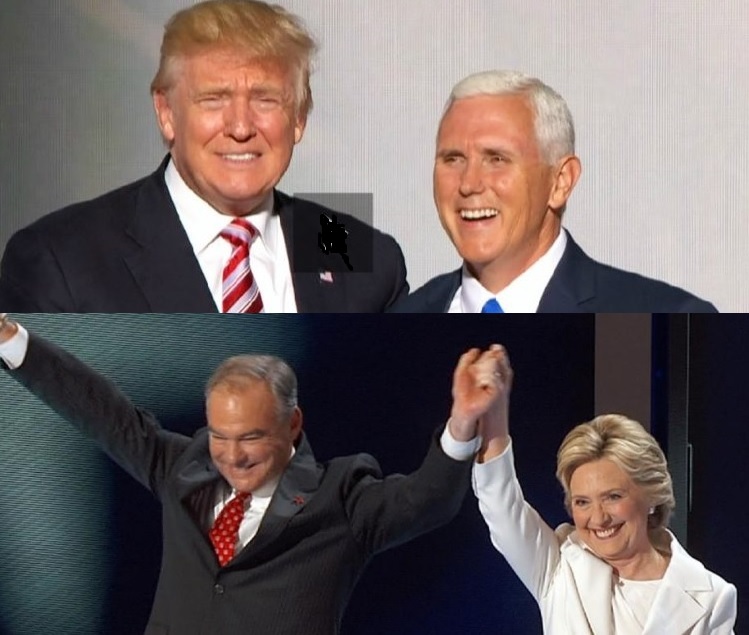 The past two weeks have given us remarkable contrasts of political polar opposites and stunning role reversals. This country’s Democratic and Republican presidential nominees haven’t been this far apart in our lifetime.

The contentious and fearful GOP party convention might have set back Republican hopes for victory in November, but Democrats’ more unified and positive gathering sent spirits rising. In the process, you may have noticed Maryland delegates played a largely silent role in Cleveland but a highly visible and important role in Philadelphia.

That’s no accident. It reflects the state’s mirror-like standing within the two political parties.

Republicans know Maryland is hostile territory for their presidential candidates. This year, Donald Trump is even persona non grata at the Republican governor’s mansion. The national GOP and Trump strategists have largely written off heavily Democratic Maryland.

No wonder Marylanders were missing from the GOP podium – except for ex-Marylander Ben Carson, now residing in Florida, who energized his fans with a typically rambling speech that included a baffling reference tying Hillary Clinton to Lucifer.

Compare that to the frequent Marylander sightings at the DNC in Philly: Retiring Sen. Barbara Mikulski delivering a rousing farewell from the podium as well as nominating Clinton for president; Baltimore Mayor Stephanie Rawlings-Blake presiding over the roll call of state delegates; Rep. Elijah Cummings blasting Trump from the podium, and forgotten former Gov. Martin O’Malley starting a political comeback with a slashing, crowd-pleasing anti-Trump denunciation.

The most surprising performance came from O’Malley. Twice before he bombed as a convention speaker. He laid a giant egg as a presidential candidate this year, too.

But his righteous anger and overblown theatrics played well last week as he lit into Trump with vigor and fiery indignation. The partisan crowd roared.

Will this be the break O’Malley needs to restart his stalled political ambitions? Perhaps. Speculation has O’Malley being named the permanent new DNC chair, where he could continue ramming Trump with gusto.

More likely, the Clinton brain trust will want more than a one-dimensional firebrand, especially since O’Malley delayed endorsing Clinton. His best shot at a prominent Washington post in a Clinton administration is to take up the role of a pent-up surrogate for the Democratic ticket.

That way he could continue the retail politicking he loves and hopefully impress Team Clinton with his sincerity and effectiveness.

Team Clinton is portraying Trump as an imminent danger to American society and world peace, a from-the-guts speaker with no political experience but plenty of wild, unprincipled and impractical ideas.

Democrats start with an unexpected advantage. Dissension within the GOP and Trump’s unpopularity with several traditionally Republican core groups – women and college-educated males – give Clinton a rare opportunity to appeal to a far wider audience than usual for a Democratic nominee.

Trump’s unorthodox and extreme views have left the GOP adrift, no longer anchored to some of the party’s historic planks – free trade; a muscular foreign policy; a hostile attitude toward Russian autocrats; limited government spending; restrictions on presidential powers and respect for traditions and constitutional precedents.

No wonder Clinton, in her acceptance speech quoted Ronald Reagan and Theodore Roosevelt, both icons of modern-day Republicans. The Democrats’ position on many issues is now more in sync with the GOP’s historic traditions than is Trump’s.

Reagan spoke repeatedly of enlarging the Republican Party’s base to include discontented Democrats and independents. This was his “Big Tent” theme.

Clinton has embraced the Reagan strategy while Trump has opted for an approach that excludes appeals to minority groups – the fastest growing segment of the U.S. population. Instead, he is pinning his presidential hopes on winning over vast numbers of discontented white blue-collar voters.

If Trump triumphs, he’ll have to do well across the country among that demographic group, including in Maryland. He’ll have to exceed expectations in the Baltimore region and even the Washington suburbs.

That’s a tall order, especially when Trump’s limited resources aren’t likely to be spent in the Free State. At the moment, he’s targeting pivotal states like Pennsylvania, Ohio, Michigan and Florida. Yet two of these states haven’t gone Republican in a presidential election in over 20 years.

Clinton, meanwhile, may have secured victory in the battleground state of Virginia by choosing Old Dominion Sen. Tim Kaine for her ticket.

Yet with over three months still to go, this year’s presidential race remains unpredictable and very much up for grabs. Trump may appear as the underdog, but no one expected him to seize the GOP nomination, either. We’re in for a wild ride between now and early November. 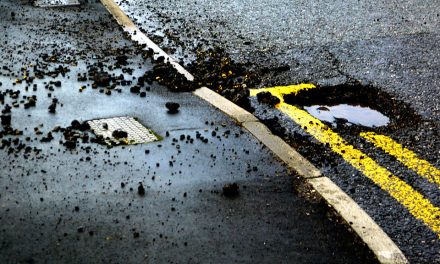 Build Back Better should extend to local roads and schools