Crisfield not Cleveland was the place to be, for Hogan at least

Photos and text by Len Lazarick 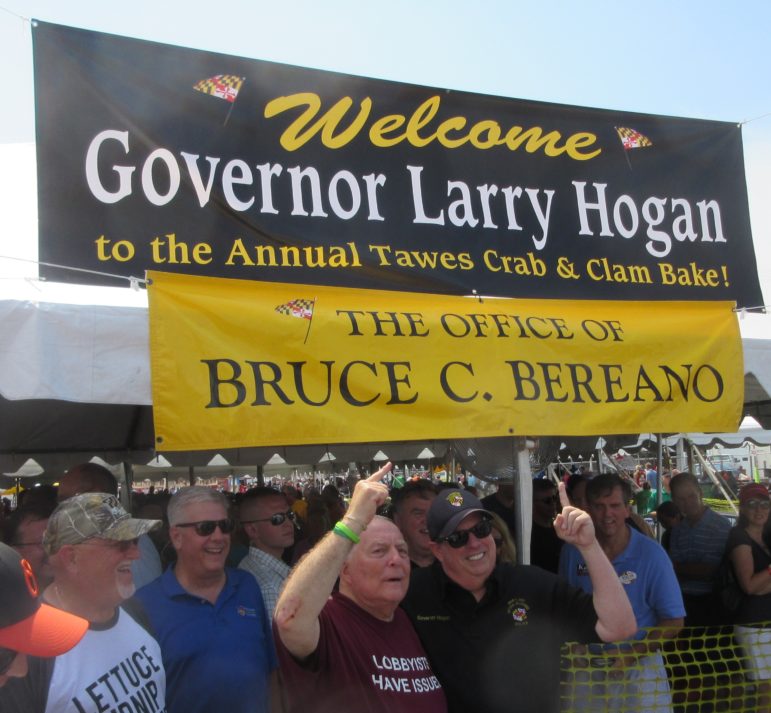 Lobbyist Bruce Bereano and Gov. Larry Hogan point to the welcome sign above the entrance to Bereano’s circus-size tent. There were several welcome signs around Crisfield for the governor.

“It was unbelievable,” said the governor as he finally got to sit down and eat some fresh picked crab with crackers and cream cheese.

Every step of the way he was mobbed for photographs, selfies, in pairs and foursomes, people pulling out their phones and tablets to get a shot with the popular governor, as a campaign production team recorded video.

Every time Hogan tried to break free, someone else would stop him, to chew his ear, raise an issue or just shoot the breeze. He said he genuinely surprised by the warmth and enthusiasm.

Other than the scrum around Hogan, the crowds seem thinner this year, though the circus-size tent hosted by lobbyist Bereano was packed as usual.

In this presidential election year, there are few races on the ballot, and fewer politicos made the long trip to the tip of Maryland’s Eastern Shore. Here’s a sample of those who did show. 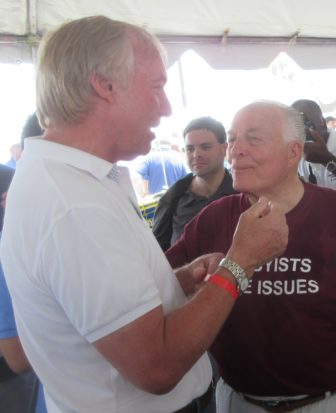 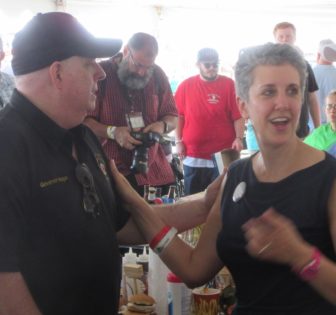 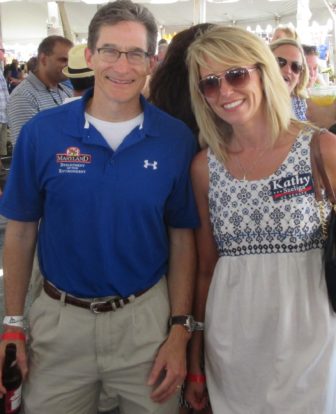 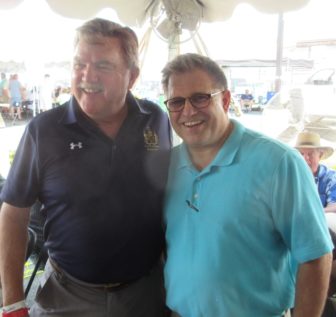 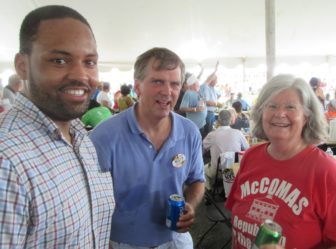 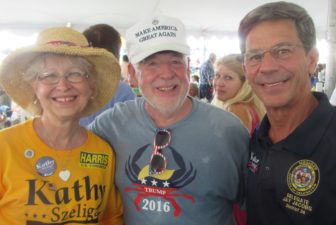 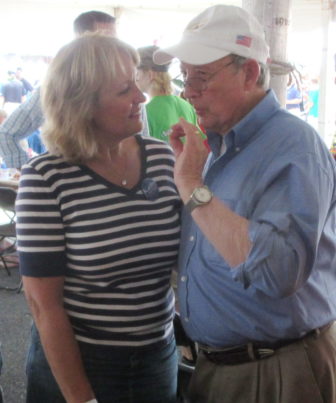 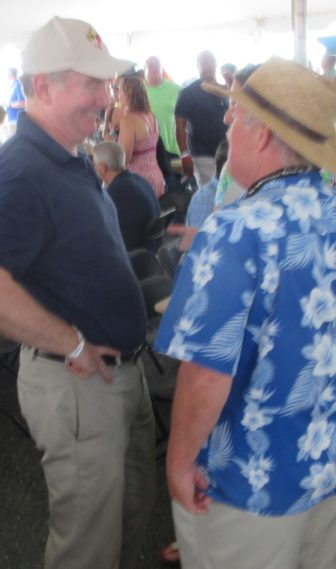 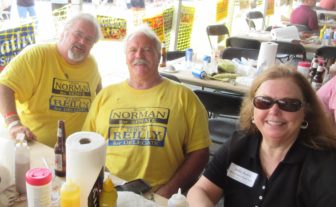 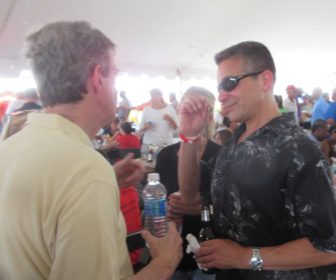 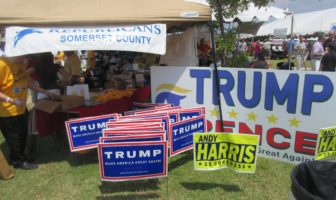 The Somerset County Republican Central Committee was handing out Trump signs. Most were taken in half an hour. 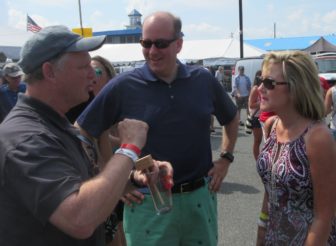 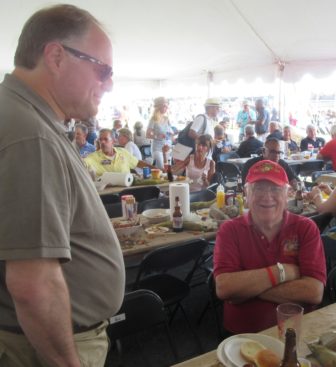 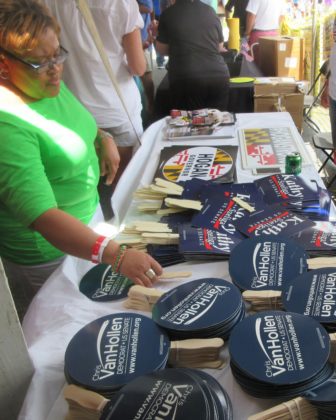 The fans were bipartisan. 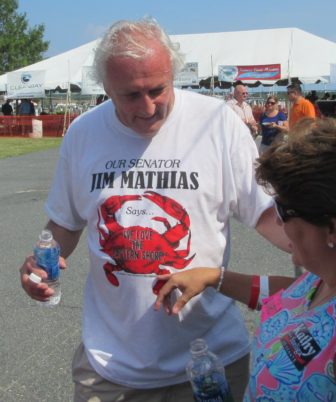 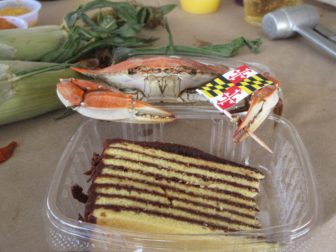