CONGRESSIONAL MAP BACK IN COURT: Maryland’s infamously contorted congressional district map was challenged in federal court on Tuesday by an American University law student who says the boundaries violate the First Amendment rights of Republican voters, Bill Turque of the Post reports. The suit was thrown out by a federal judge in 2014, a decision upheld by the U.S. Court of Appeals for the 4th Circuit. But the Supreme Court ruled in December that plaintiff Stephen Shapiro was improperly denied a hearing before a three-judge panel.

MOVEMENT TOWARD RX POT: The 15 marijuana growers and the first wave of processors that together will launch Maryland’s medical marijuana industry could be chosen as soon as Aug. 5, writes Erin Cox in the Sun. The licensing decisions come after months of delay for the hundreds of applicants seeking to grow and process medical marijuana in Maryland.

CARGO & THE ECONOMY: If shippers can’t get their cargo in or out of a seaport quickly, what happens? They route their cargo to a more efficient port and take jobs with them. If you grasp this concept, then you will grasp Baltimore’s Howard Street railroad tunnel problem. In the logistics and transportation world, cargo-in-motion makes money. Cargo at rest doesn’t, writes Richard Douglas in an opinion column for MarylandReporter.com.

GENERAL SERVICES CHIEF NAMED: Gov. Larry Hogan has named the No. 2 official in the Department of Housing and Community Development to head the agency that operates state buildings and handles most of its real estate transactions, writes Michael Dresser in the Sun. Ellington Churchill Jr., 46, will succeed C. Gail Bassette as secretary of General Services, a job that pays $146,743 a year. Bassette resigned early this month after only 18 months on the job.

KEEP SAVING THE BAY: The editorial board for the Carroll County Times urges the state to keep working on solutions for the Conowingo Dam in its efforts to save the Chesapeake Bay, writing that Gov. Larry Hogan’s announcement last week that he is seeking private sector ideas on how to prevent sediment and phosphorus pollution from spilling over the Conowingo Dam and polluting the Chesapeake Bay was a significant one. During a large storm, the millions of tons of sediment that have been building up behind the Conowingo Dam  can easily wipe out years worth of efforts.

MEDIA AIDS DEMS IN HOGAN BASHING: Columnist Greg Kline, in an opinion piece for MarylandReporter.com, writes that for months now, Maryland Democrats have been trying to find a way to attack Gov. Hogan in an effort to bring down his record high approval ratings.  And they have willing accomplices in the media.

SZELIGA’S COFFERS: Del. Kathy Szeliga, the Republican nominee for Maryland’s open Senate seat, raised nearly $600,000 in the second quarter of this year — significantly more than previous GOP statewide candidates here, writes John Fritze in the Sun. Szeliga, a Baltimore County Republican, raised just more than $582,000 from April through the end of June, the campaign said. The figure is more than double the amount raised by Republican Dan Bongino during the same period of his campaign against Sen. Ben Cardin in 2012, and it is slightly more than Gov. Hogan raised from donors in 2014.

DUTCH ALLIES WITH VETS: Maryland Rep. Dutch Ruppersberger says he’s ready to assist anyway he can to return a veterans health care facility to eastern Baltimore County as quickly as possible, according to an AP story at WTOP-AM.

EHRLICH DEFENDS FRAUD AS ‘PATRIOTIC:’ Prior to the sentencing of a 62-year-old Annapolis man who pleaded guilty to fraud against the government, former Gov. Robert Ehrlich wants the presiding judge to know the man was “warm, forward thinking, and above all patriotic.” Ehrlich’s letter to U.S. District Court Judge Sarah Ellis III, written last Thursday, was submitted just over a week before Annapolis resident Wayne Simmons is scheduled to be sentenced on Friday, reports Phil Davis in the Annapolis Capital. When asked about his relationship with Simmons, Ehrlich called it “certainly … a positive one. Not a deep one.” 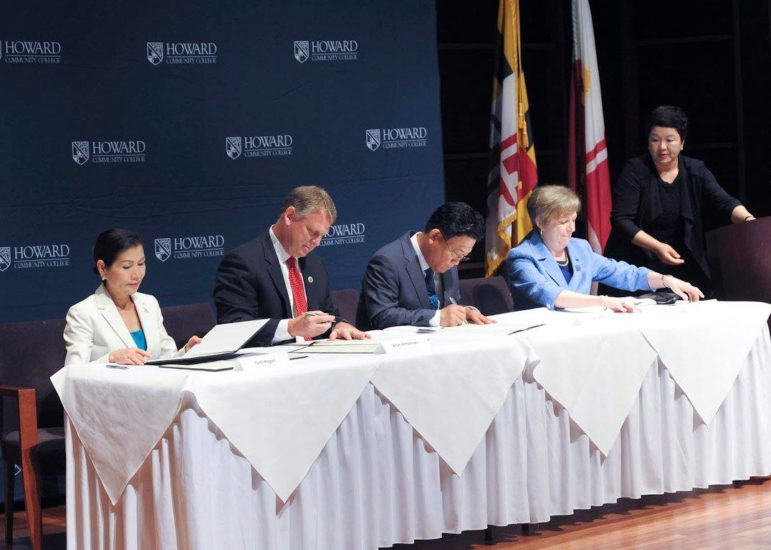