Horton: It’s hard to see the forest when counting trees for harvest 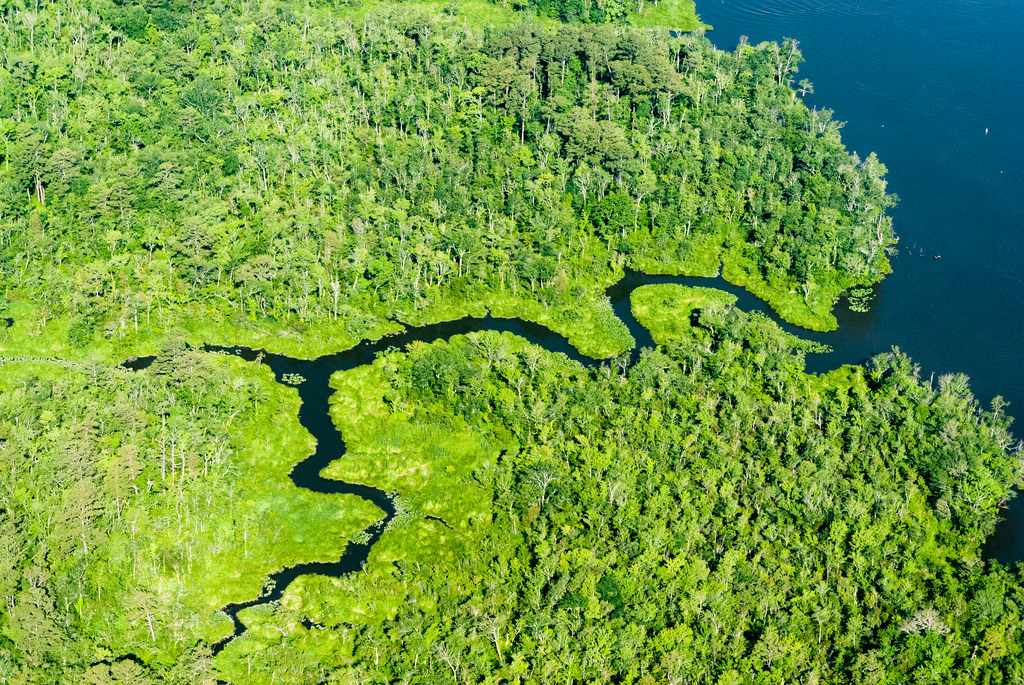 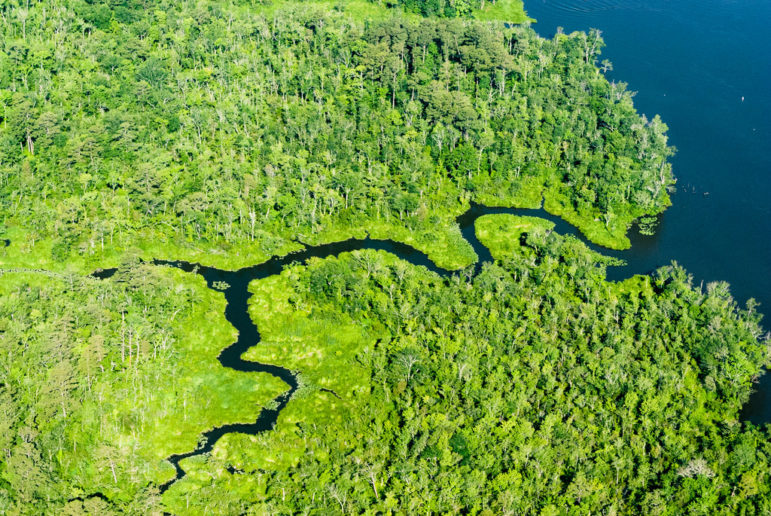 A tributary flows into the Wicomico River. Photo by Chesapeake Program with Flickr Creative Commons License.

If you walked alone and untutored through the tall pines, century-old oaks, big beeches and sweet gums of the forest, near where the Eastern Shore’s Wicomico River carves a bend known as Pirates Wharf, I’m pretty sure the need to begin cutting it down as the best way to protect its health wouldn’t leap to mind.

Indeed, if you were accompanied by Joan Maloof, emeritus biology professor at Salisbury University and a nationally regarded expert on old-growth forests, you’d come away convinced the woods at Pirates Wharf is well on its way to becoming something truly special — if we let it follow its natural destiny across the next century or two.

Maloof lived on the property for 32 years, until she was recently notified her lease was being terminated by Wicomico County. It had bought the forest and adjacent riverfront in 1997 for a future park. (The eviction notice came two days after she stopped the county from cutting trees in another park — “a coincidence,” county officials say).

Diversity of plants and animals

Maloof would tell you the splendid diversity of plants and animals that flourish best in ancient forests; would show you the impressive number of warblers, thrushes, hawks, owls and other birds that even now inhabit Pirates Wharf’s interior; and would point out the several species of amphibians that are dependent on dozens of acres of wetlands deep in the woods there.

She’d delight in the dead and dying trees as much as those growing huge. The former are among the best parts of aging woodlands, returning nutrients to the soil, creating light gaps for new growth, and providing for a rich abundance of insects and fungi nutritious to forest life.

You would receive an equally impressive education on forests were you to walk the same one-mile-by-half-mile block of woods with Matt Hurd, a young forester with Maryland’s Department of Natural Resources. But you’d emerge feeling you’d walked through a completely different world.

Hurd would explain how Maryland is losing forests to development; how, with 90 percent of our forests in private hands, the state needs to persuade owners about the value of retaining trees. But he’d also show you how much of Pirates Wharf is “overstocked” with bigger, older trees that are no longer adding marketable timber very rapidly and are growing ever more vulnerable to declining health, disease, and uprooting in winds.

Cutting to renew the forest

Cutting would “improve and renew” the forest, he’d tell you. And large sections of the renewed forest could then be managed to favor a single species — loblolly pine, which is the primary harvest of the lower Eastern Shore’s commercial timber industry.

Hurd has written it all up in a Forest Stewardship Plan, submitted to Wicomico County last year at their request. He says he is proud of his report, and feeling “kind of beaten up” by Maloof and a number of environmental groups who are lobbying the county to let the forest be.

He points out that he has “given the county what they wanted,” which was a plan that specified commercial timber harvest as a first priority. His plan calls for clear-cutting trees in sections, spaced over a number of years, and in some cases — like the wetlands areas — cutting selectively or not at all. It could permit some recreational use by future park-goers even as timbering proceeded, he said.

Still, we’re looking at two different worlds here: the forest as ecosystem or the forest as timber production; stand back and let nature do its thing over a very long time, or manage intensively for relatively narrow purposes. And it’s land purchased with nearly a million taxpayer dollars for a park.

Just trying to be responsible

“[The county is] just trying to be responsible, says Wicomico administrator Wayne Strausburg. “To be perfectly frank, we’re not doing it for economic reasons . . . only for the health of the forest. If DNR [Department of Natural Resources] came to us and said leave it alone is the best thing to do, we would do that.”

So the solution could begin with the county requesting a second “worldview,” a report as good as Hurd’s on what it would mean to manage the forest lightly and for the long term. In this view it’s certain many big trees will die of disease or old age; but also certain the forest as a natural system will continue to age beautifully.

The DNR has a Natural Heritage group, which would appear well-equipped to write such a document. It would further our education of what constitutes a “healthy forest,” an education with implications beyond this patch of woods to natural resources management in general — natural oyster reefs versus power dredging, for example.

The writer Aldo Leopold expressed it decades ago when governments were busily building “scenic overlooks” to accommodate motorists:  “Recreational development is a job not of building roads into lovely country, but of building receptivity into the still unlovely human mind.”